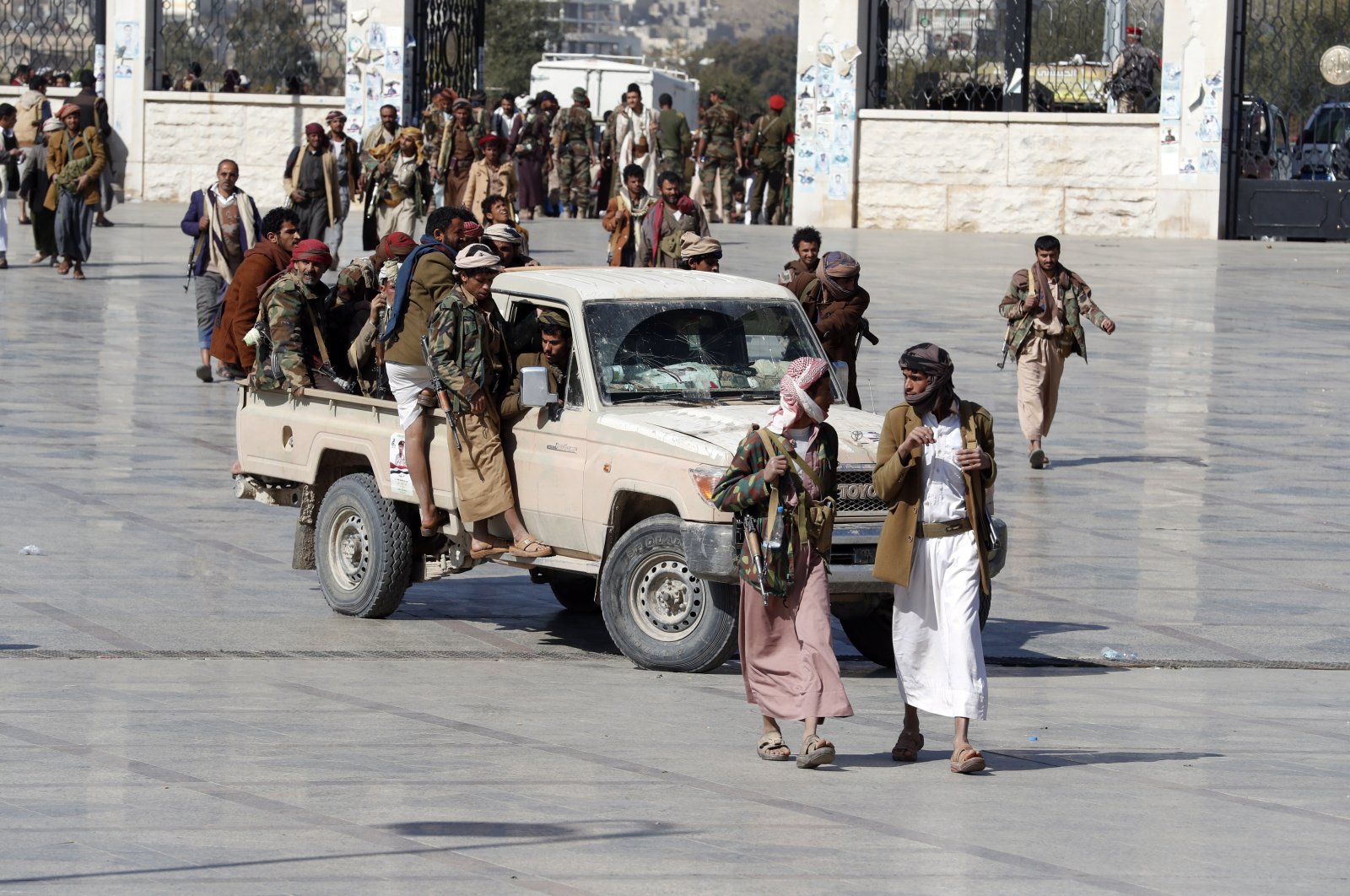 Houthi fighters have intensified operations against the kingdom as airstrikes by the Saudi-led military coalition pound rebel positions in the north of Yemen, in a bid to stop their offensive to seize the government's last northern stronghold of Marib.

Years of war have already pushed Yemen to the brink of famine.

Saudi Arabia – which has been backing the Yemeni government against the rebels since 2015 – said Saturday it thwarted a Houthi missile that targeted Riyadh.

"The operation was carried out with a ballistic missile and 15 drones ... targeting sensitive areas in the enemy's capital of Riyadh," said Houthi spokesman Yahya al-Saree, according to the rebels' Al-Masirah TV channel.

"Our operations will continue and will expand as long as the aggression and siege on our country continue."

Fragments of the missile scattered over several Riyadh neighborhoods, damaging at least one home but no casualties were reported, Saudi's state-run Al-Ekhbariya television said.

Separately, the coalition said it had intercepted six Houthi drones targeting the kingdom, including the southern cities of Khamis Mushait and Jizan.

Saree on Sunday claimed those attacks as well, warning residents in the region to "stay clear from all military airports and sites."

The Houthis have escalated cross-border attacks on the kingdom even after the United States delisted the rebels as terrorists, reversing a decision by the administration of former President Donald Trump.

The designation had been widely criticized by aid organizations, who warned it would hamper their efforts to alleviate a humanitarian crisis in Yemen.

U.S. President Joe Biden halted support to Saudi offensive operations in Yemen's war, which he called a "catastrophe" that "has to end."

But he has also reiterated U.S. support for Saudi Arabia in defending its territory.

On Sunday, in the latest violence in Yemen, five civilians including a child were killed when their home was destroyed in a bombardment near the strategic rebel-held Red Sea port of Hodeida.

The warring sides traded blame over who was responsible, with the government accusing Houthis of firing a mortar bomb, and the rebels saying the explosion was caused by twin airstrikes by the Saudi-led coalition.

Alongside the cross-border attacks, the Houthis are pressing ahead with an offensive to seize the government-held Marib region, where some of the country's richest oil fields are located.

Hundreds of fighters from both sides have been killed in recent ferocious fighting, government sources say.

The Houthis now control most of the country's north and the government has been struggling to defend Marib province and the city, which lies some 120 kilometers (75 miles) east of the rebel-held capital Sanaa.

Yemen's conflict has claimed tens of thousands of lives and displaced millions, according to international organizations, sparking what the U.N. calls the world's worst humanitarian crisis.

The U.N. on Monday hopes to raise $3.85 billion to support millions of civilians and prevent famine in the country.