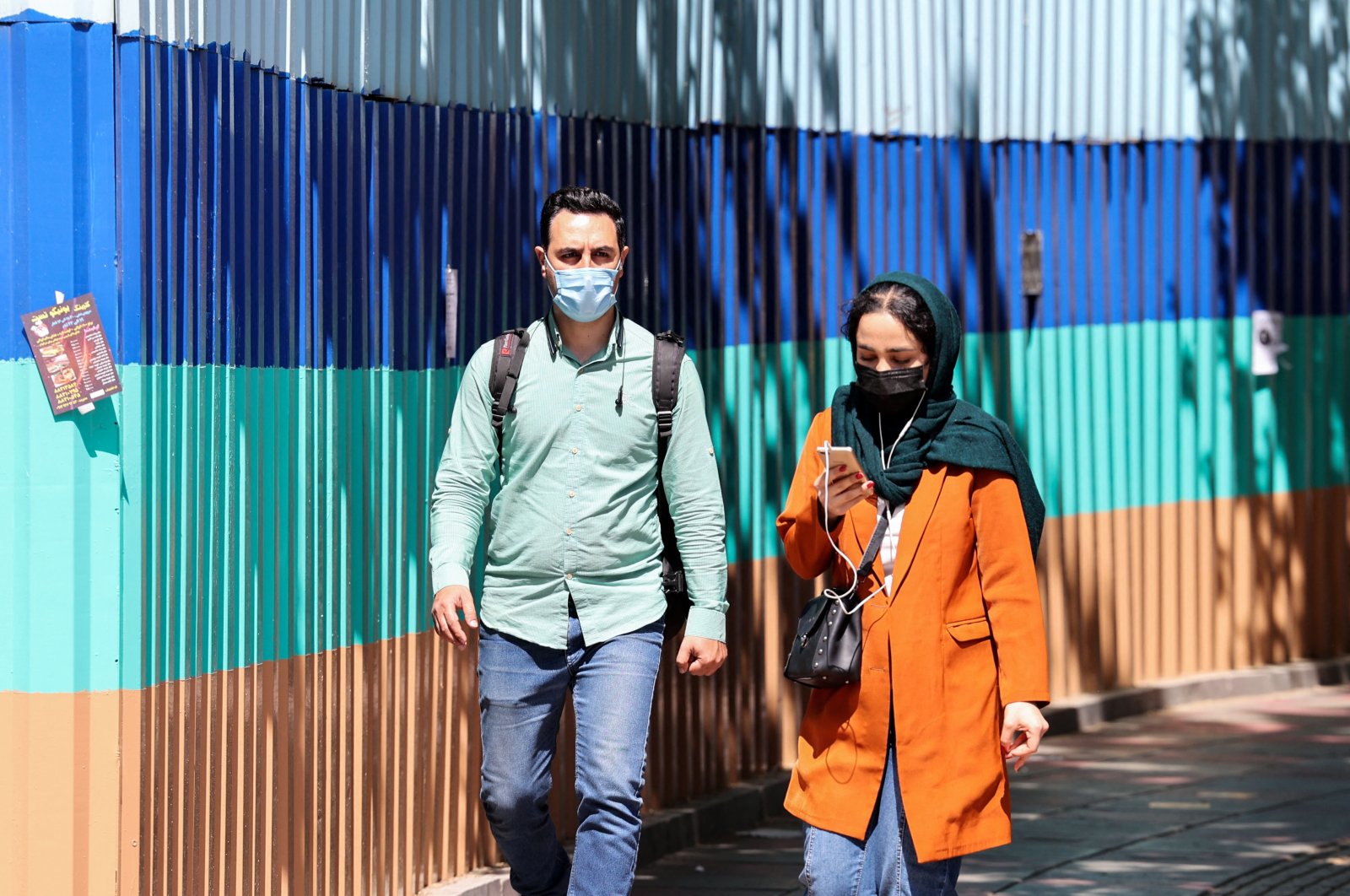 Iranians wearing protective masks walk on a sidewalk, following the tightening of restrictions to curb the surge of COVID-19 cases, in the capital Tehran, Iran, April 12, 2021. (AFP Photo)
by Daily Sabah with Reuters Apr 13, 2021 3:26 pm
RECOMMENDED

Iran on Tuesday reported a record 24,760 new COVID-19 cases in the past 24 hours, as the worst-hit country in the Middle East faced a fourth coronavirus wave.

Authorities have blamed the latest surge on millions traveling across the country for Iranian New Year last month and taking part in family gatherings in defiance of health precautions promoted by the government.

Health Ministry Spokesperson Sima Sadat Lari told state TV on Tuesday that 24,760 new daily cases were identified, taking the total to 2,118,212 cases. The daily death toll rose to 291, the highest since Dec. 9, to bring the total to 65,055. Lari said 295 counties have been classified as very high-risk "red" zones, and 99 as high-risk "orange" areas, while 45 counties were rated "yellow" and just 9 as low-risk "blue" zones.

Non-essential businesses, schools, theaters and sports facilities have been forced to shut and gatherings are banned during the holy fasting month of Ramadan that begins on Wednesday in Iran.

Iran has been the epicenter of the pandemic in the Middle East. In February, it closed several crossing points with Iraq in an effort to stem the spread of the U.K. variant.

The country's vaccination drive has also been moving slowly. Tehran says it has received more than 400,000 of its 2 million Sputnik V vaccines on order from Russia, and that it is awaiting delivery of 4.2 million AstraZeneca shots.

With a population of 83 million, Iran had hoped to secure over 2 million vaccines by March 20 to vaccinate health care workers. It is developing at least four local vaccine candidates – one that had human trials last year and one in cooperation with Cuba – which are expected to reach production in a few months.