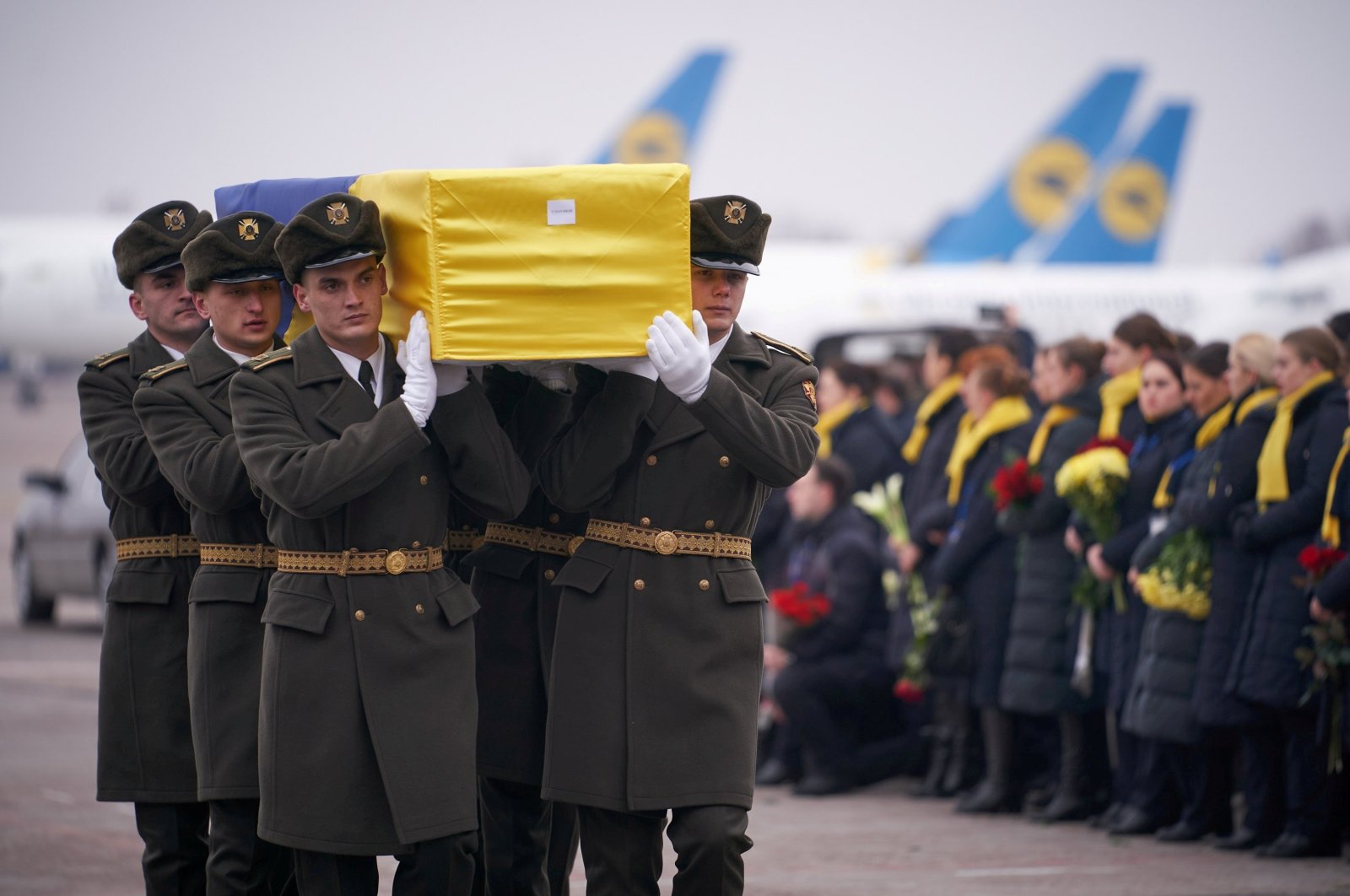 Soldiers carry a coffin containing the remains of one of the 11 Ukrainian victims of the Ukraine International Airlines flight 752 plane disaster during a memorial ceremony at the Boryspil International Airport, outside Kyiv, Ukraine, Jan. 19, 2020. (Ukrainian Presidential Press Service via Reuters)
by Anadolu Agency May 21, 2021 12:46 am
RECOMMENDED

"I find on a balance of probabilities that the missile attacks on Flight 752 were intentional and directly caused the deaths of all onboard," the judge wrote in his decision.

Iran's Revolutionary Guards shot down the airliner on Jan. 8, 2020, an act the Iranian government said was done by error, the plane being mistaken by a hostile missile.

But the judge dismissed that, saying there was "no armed conflict in the region" at the time.

The lawsuit was brought by four families of victims of the air disaster. Included in the 176 aboard the plane were 55 Canadian citizens and 30 permanent residents of Canada.

Belobaba ruled that the Canadian families successfully presented the case that the act was intentional and agreed with the families' lawyer Mark Arnold that the best way to obtain compensation for the disaster was to charge the Iranian government for "perpetrating a terrorist act," the Canadian Broadcasting Corporation (CBC) reported. The lawsuit named a number of defendants, including Iran, the Revolutionary Guards, the Iranian Armed Forces and Supreme leader Ali Khamenei, the CBC reported.

The Iranian government was served notice of the lawsuit last fall but did not defend itself.

The court will decide appropriate compensation at a later date, but Foreign Affairs Minister Marc Garneau said last week that Canada will soon begin to negotiate compensation for the families from the Iranian government.

Global News reported that court documents last September disclosed that the properties were worth an estimated 28 million Canadian dollars ($23 million) and the monies were distributed to families, including those of victims of Hamas and Hezbollah, terrorist groups who were bankrolled, armed and trained by Iran.

Garneau also renewed Canada's insistence that there be "full accountability" by Iran to tell what actually happened that fateful day.