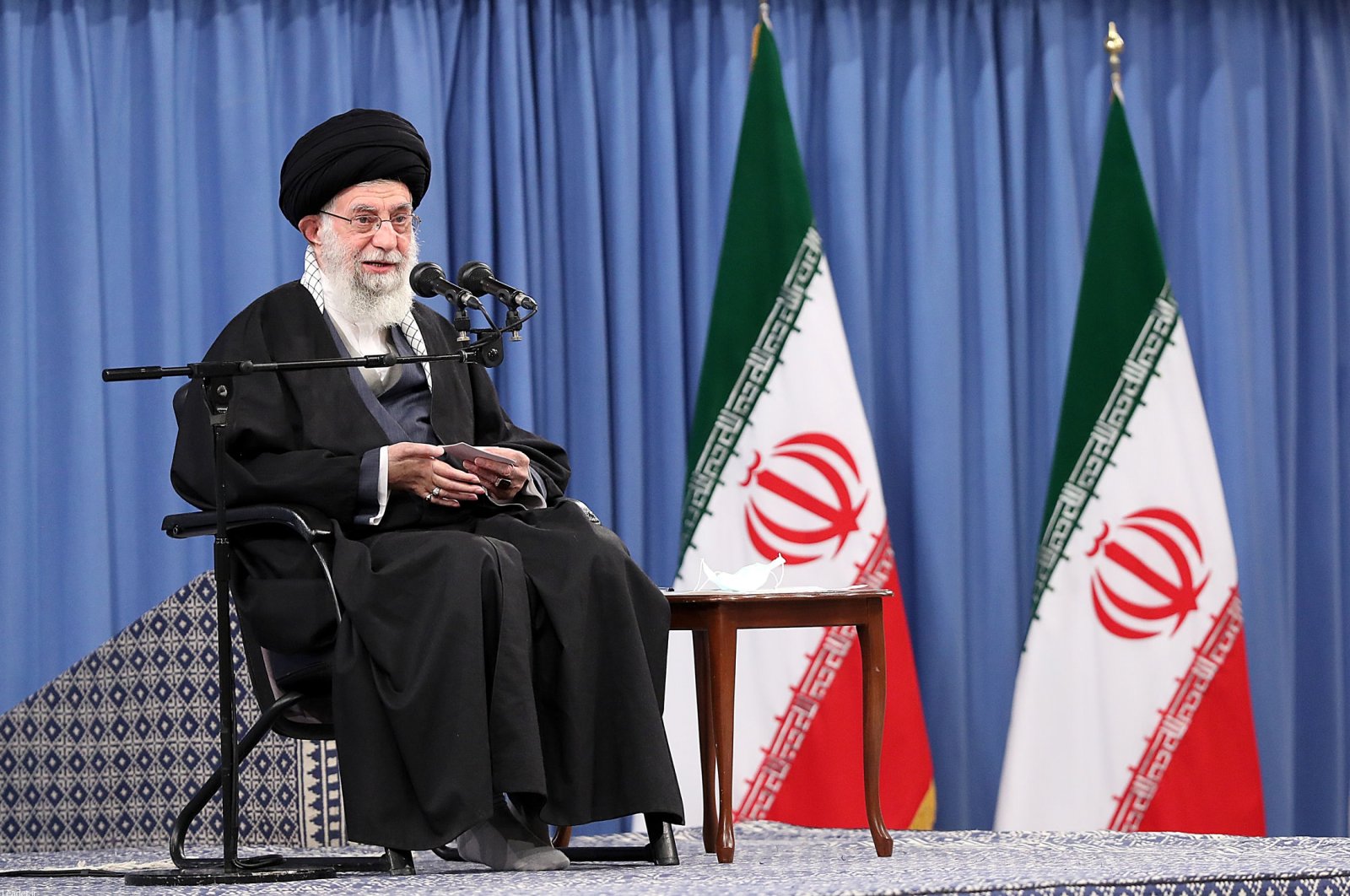 A handout picture provided by the office of Iran's Supreme Leader Ayatollah Ali Khamenei shows him delivering a speech in front of commanders of the air force, days ahead of the 42nd anniversary marking the victory of the Islamic revolution, Tehran, Iran, Feb. 7, 2021. (KHAMENEI.IR / AFP)
by ASSOCIATED PRESS Feb 07, 2021 1:56 pm
RECOMMENDED

Iran’s supreme leader urged the United States to lift all sanctions if it wants Iran to live up to commitments under its nuclear deal with world powers, state TV reported Sunday, his first comments on the matter since U.S. President Joe Biden took office.

Former President Donald Trump unilaterally withdrew the U.S. from the atomic deal in 2018, as part of what he called maximum pressure against Iran. In response, Iran began to gradually violate its commitments under the deal that sought to limit its nuclear program.

Officials have repeatedly stressed the country would not come back into compliance with the 2015 nuclear deal until the U.S. eases its sanctions.

Although Biden has promised to rejoin the deal, he has insisted that Iran must first reverse its nuclear steps, creating a contest of wills between the nations.

In a bid to ramp up pressure on the new administration, Iran has threatened to block nuclear inspections later this month, begun enriching uranium closer to weapons-grade levels and ramped up its military drills, including firing cruise missiles as part of a naval drill in the Gulf of Oman last month.

"This is the definitive and irreversible policy of the Islamic Republic, and all of the country’s officials are unanimous on this, and no one will deviate from it,” Khamenei added on Sunday. The supreme leader has the final say on all matters of state in Iran.