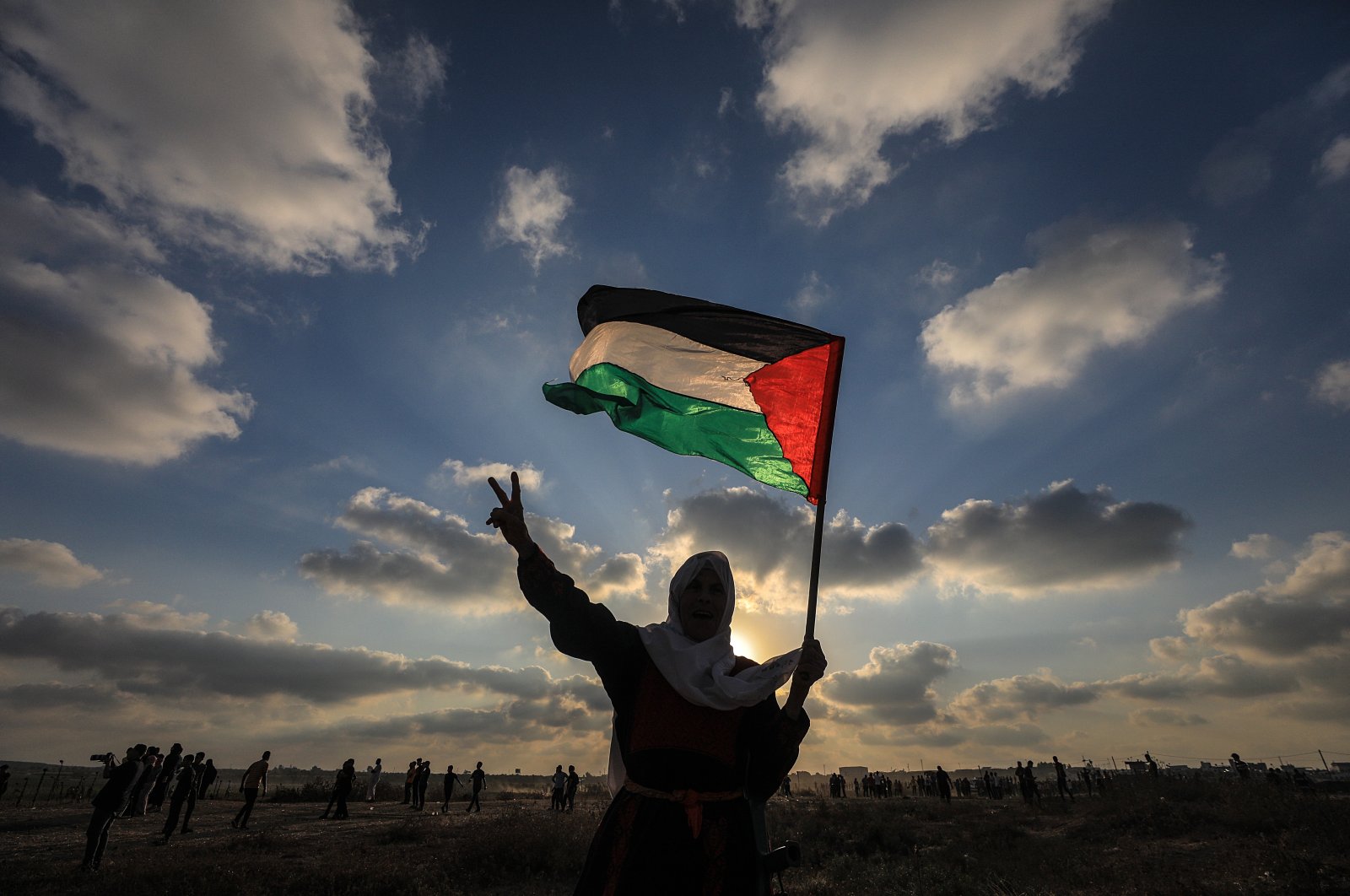 An elderly Palestinian woman holds up a Palestinian flag during a demonstration near the border between Israel and Gaza Strip, Aug. 21, 2021. (EPA Photo)
by Agencies Aug 26, 2021 10:03 am
RECOMMENDED

Israel said it will partially ease its crippling blockade on the Gaza Strip, expanding entry of goods to the enclave following Palestinian protests.

The announcement came after hundreds of Palestinians demonstrated Wednesday near the Israeli border, calling on Israel to ease the blockade days after a similar gathering ended with Israeli forces attacking the protesters.

Hamas kept the crowds from approaching the barrier, and the protests ended without a repeat of Saturday’s intense clashes that left one Palestinian dead and an Israeli border policeman critically injured after being shot from point-blank range.

The defense ministry body in charge of Israel’s crossings with the Palestinian territory said in a statement late Wednesday that it would increase imports of new vehicles, goods and equipment for civilian projects in the Gaza Strip, and issue more permits for Gazan businesspeople to enter Israel starting Thursday.

The easing of restrictions would be “conditional upon the continued preservation of the region’s security,” and could be further expanded if the border situation improves, the body, known as COGAT, said.

Hamas officials said Egypt would also be partially reopening its key border crossing with the Gaza Strip on Thursday, after closing it in a bid to persuade Hamas, which governs the territory, to reimpose calm.

Rafah, Gaza's only gateway to the outside world not controlled by Israel, was shuttered Monday. Egypt, a key mediator between Israel and Hamas, has previously used Rafah closures as a punitive measure against Hamas.

Hamas' interior ministry announced that Rafah would open to incoming traffic Thursday and to two-way traffic Sunday. People had begun to cross after midday.

Egypt has been trying to broker a long-term cease-fire between the enemy sides since May’s 11-day Israeli assault on Gaza that killed around 260 Palestinians.

Israel has attacked Gaza four times since 2007, when Hamas assumed power in Gaza in an armed coup following its victory in the Palestinian elections. Israel and Egypt imposed a devastating blockade since Hamas took control, which Israel says is necessary to keep Hamas from rearming.