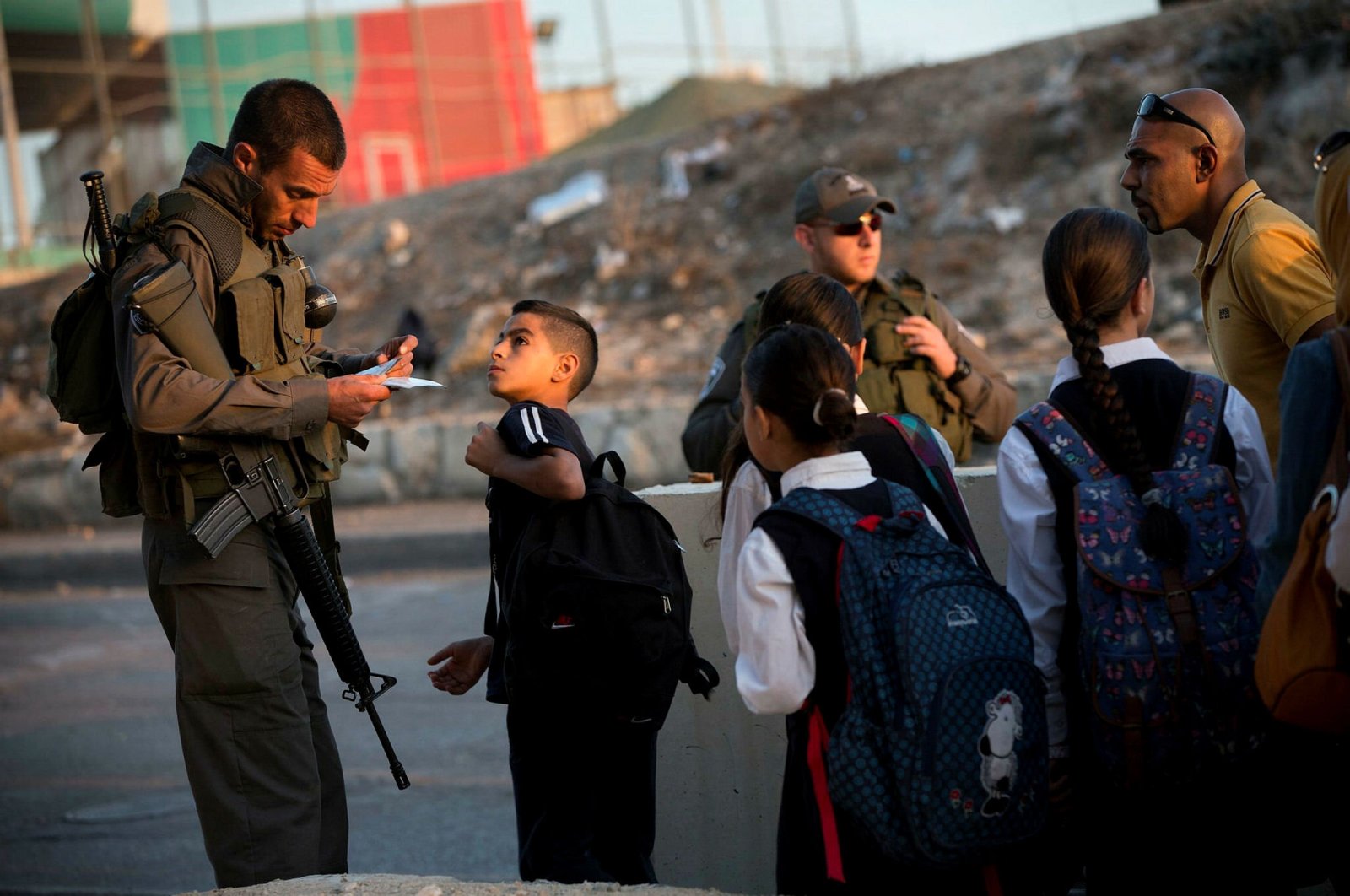 Thousands of Palestinian families living in Israel, the occupied West Bank and the Gaza Strip have lost their case for family reunification, resulting in Israeli authorities denying them identity cards.

The move restricts movement, tears families apart and puts them at risk of Israeli persecution and deportation. To recognize the legality of Palestinians' presence in the West Bank and Gaza, Israel requires that their presence predates the Israeli occupation of the West Bank in June 1967.

Following the establishment of the Palestinian Authority (PA) in 1994, Israel agreed to the reunification of thousands of Palestinian families. But since 2009, when former Prime Minister Benjamin Netanyahu came to power on a Likud Party ticket, Israel suspended processing family reunification requests.

This limbo continues to cause a great deal of suffering, especially for those in the West Bank who are haunted by the fear of being deported by Israeli forces patrolling the streets who tend to stop anyone without identification. On Oct. 11, Israel agreed to grant family reunification IDs to 442 families in the West Bank and Gaza Strip, as part of an understanding with the PA in August to approve 5,000 requests.

One member of the Israeli Knesset, or parliament, believes the main reason behind Israel’s restriction of Palestinian family reunification requests is informed by its desire to maintain a demographic edge on Palestinians as opposed to security concerns.

"The family reunification law has nothing to do with security. It is related to demography, because Israel, since the nakba (the "catastrophe" in 1948) and its aftermath wants to preserve a Jewish majority, and that is the basis for this racist law,” Ofer Cassif, who belongs to the Democratic Front for Peace and Equality, said during an interview with Anadolu Agency (AA). He described attempts by successive Israeli governments to defend the restriction on security grounds as "nonsense,” accusing the Israeli political system of "rampant racism.”

The Israeli Citizenship Law of 2003 prohibits the reunification of Palestinian families where one spouse is an Israeli citizen and the other a resident of the Palestinian territories of the West Bank or Gaza.

The ban, according to Adalah, a legal center for Arab minority rights in Israel, was extended in 2007 to include citizens of Iran, Lebanon, Syria and Iraq. Adalah previously rebuffed Israeli claims that the law is motivated by security concerns.

"This law is considered one of the most racist laws in the world, so it should be erased immediately," said Adalah.

Since the adoption of the unification law in 2003, the Knesset has voted annually to extend it. But in July, the government failed to secure the yearly passage during a session of parliament. Interior Minister Ayelet Shaked insisted she would reject all family reunification requests, arguing she had the authority.

Cassif, who actively participated in preventing the extension of the "racist” law, said the government may repeat the ban within months. "I am very proud and happy of what we have done,” said Cassif.

"We were actually responsible for preventing the extension of this racist law.” He warned that "the extreme right wants to pass a law worse than the previous law” but vowed to "not allow them to do so.”

Cassif pointed out that Palestinians in occupied East Jerusalem are paying a heavy price of the family reunification law because Israel imposes on them the citizenship law similar to Arab Israelis.

The majority of Israelis consider "East Jerusalem as part of the united Jerusalem,” said Cassif. "Therefore, Palestinians in the city (East Jerusalem) pay a heavy price for this law because the Israeli governments are stricter in applying them to Jerusalem compared to other areas," he outlined.

The Knesset member explained that most family reunification applicants are Jerusalemites making the Israeli government more concerned about demographic balances in East Jerusalem. "Israel is more extreme when it comes to Palestinians in East Jerusalem because it considers the area as part of Israel in which they are keen to ensure a Jewish majority,” he said, adding that it makes "the lives of Palestinians in Jerusalem so dire that they surrender.”

"I hope and believe that they will not surrender but the Israeli occupation regime is still trying daily to expel them,” he added.

Situation in Gaza and West Bank

Besides the suffering endured by Palestinians inside Israel and in East Jerusalem, thousands in the West Bank and the Gaza Strip face the same ordeal.

Palestinians have entered the West Bank and the Gaza Strip with temporary or "tourist" permits, while others tied the knot with other nationalities before having their family reunification requests granted, but their legal presence in the occupied Palestinian territories is not recognized by Israel since it predates the latter’s occupation of the West Bank in June 1967.

This makes it impossible for them to leave the Palestinian territories abroad, and if this is done, they will never be able to return. Many Palestinians living in the diaspora are unable to meet relatives residing within the historic Palestine lands – the West Bank, Gaza Strip and Israel.

There are now 13.4 million Palestinians, more than half live in historical Palestine, according to the Palestinian Central Bureau of Statistics (PCBS). Hence, it is clear that Israel's approval of 5,000 family reunification requests benefits a very small fraction of the Palestinian population.