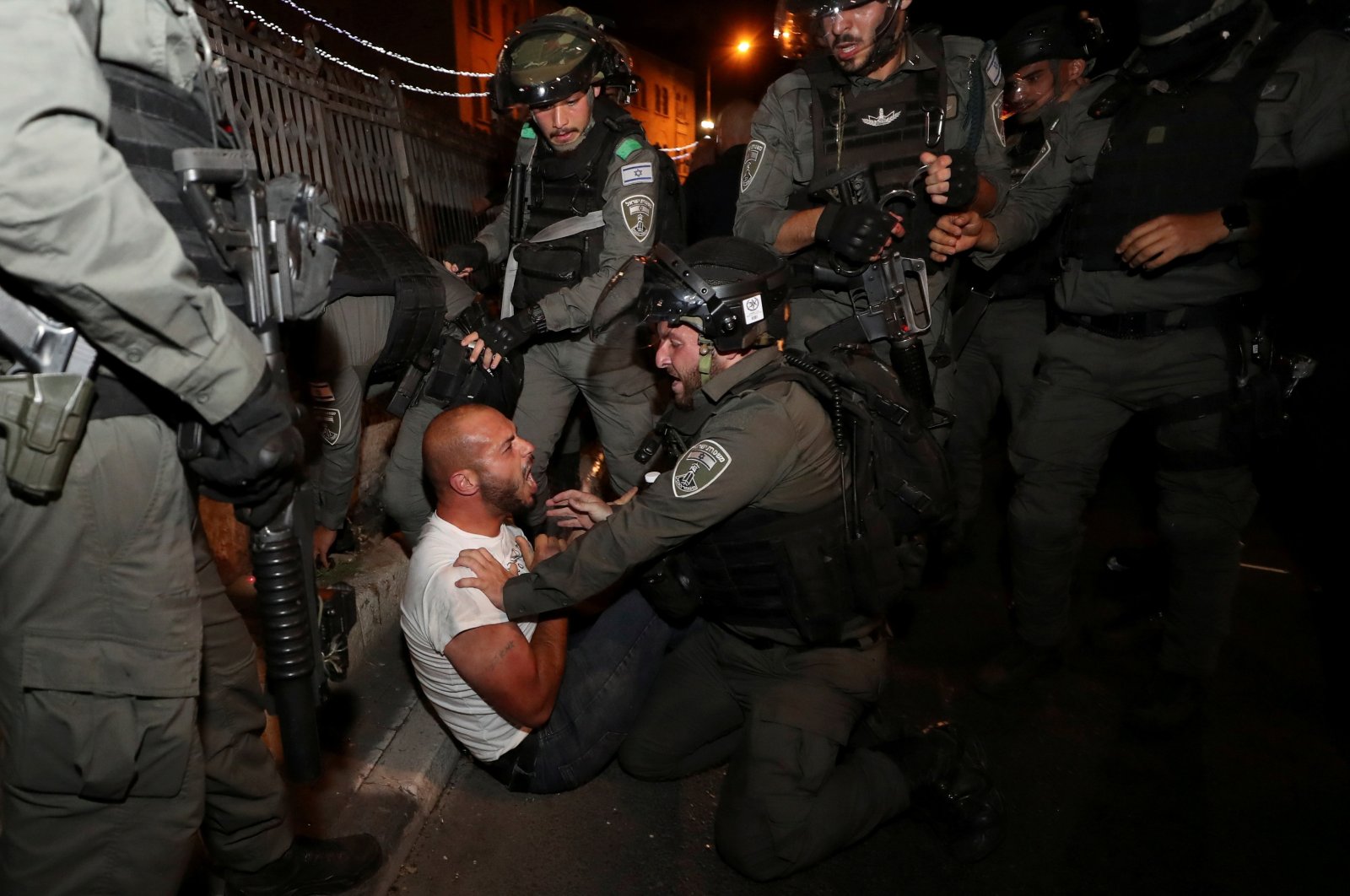 A Palestinian protester is detained during clashes with Israeli police, as the Muslim holy fasting month of Ramadan continues, in Jerusalem, April 23, 2021. (Reuters Photo)
by DAILY SABAH Jun 24, 2021 2:02 pm
RECOMMENDED

Prominent human rights organization Amnesty International accused Tel Aviv Thursday of carrying out a "catalogue of violations against Palestinians" across Israel and occupied East Jerusalem, listing such violations as unlawful force against peaceful protesters, sweeping mass arrests, and subjecting detainees to torture and other ill-treatment during and after the recent 11-day conflict in the Gaza Strip.

In total Amnesty has verified 29 text and audio messages from open Telegram channels and WhatsApp showing Israelis planning attacks on Palestinians in cities such as Haifa, Acre, Nazareth and Lod between May 10 and May 21. Members of the group shared selfies with guns and declared that "tonight we are not Jews, we are Nazis."

Violations against Palestinians are sweeping through all occupied territories. According to data from the Palestinian human rights group Mossawa, up until June 10, Israeli police had arrested more than 2,150 people – over 90% of whom were Palestinian citizens of Israel or residents of occupied East Jerusalem.

Higazi asserted that the discriminatory crackdown was "orchestrated as an act of retaliation and intimidation to crush pro-Palestinian demonstrations and silence those who speak out to condemn Israel’s institutionalized discrimination and systemic oppression of Palestinians."

Amnesty emphasized the case of 17-year-old Mohammad Mahmoud Kiwan who was shot in the head near Umm el-Fahem, northern Israel, on May 12 and died a week later. Another case involved 15-year-old Jana Kiswani, who was shot in the back as she entered her home in East Jerusalem's Sheikh Jarrah on May 18.

“Police have an obligation to protect all people under Israel’s control, whether they are Jewish or Palestinian. Instead, the vast majority arrested in the police crackdown following the outbreak of intercommunal violence were Palestinian," Higazi said, while Amnesty has called on the U.N. Human Rights Council’s Commission of Inquiry to investigate the "alarming pattern of violations by Israeli police."