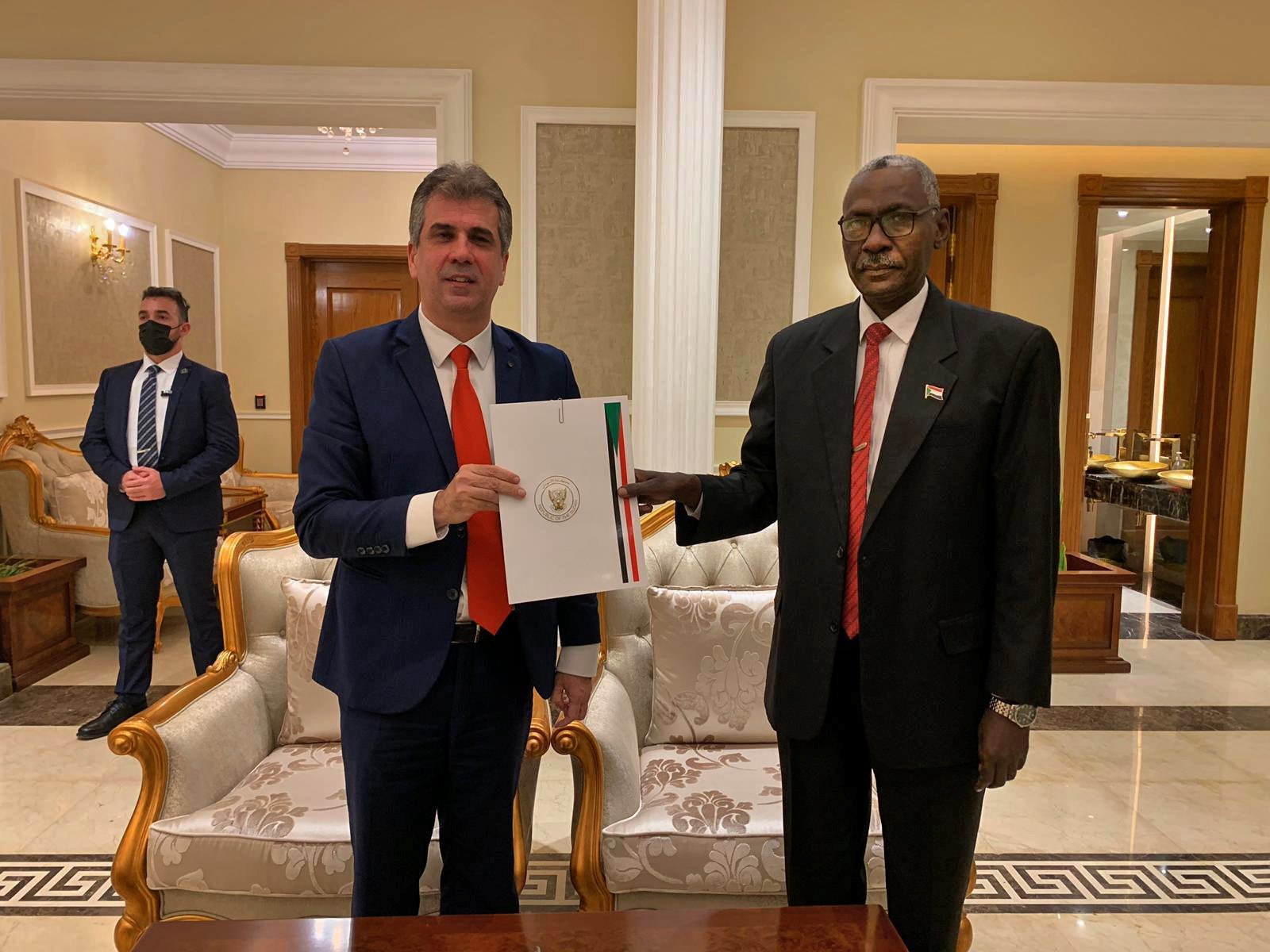 Israeli Intelligence Minister Eli Cohen has led a delegation to Khartoum months after Sudan and the Jewish agreed to normalize ties.

The Monday visit marked the first time an Israeli minister headed a delegation to the African state, Cohen's office said Tuesday. Sudanese state media did not report the visit.

"A first-ever memorandum on these topics was signed between the Sudanese defense minister and Cohen," it said. "The sides also discussed "deepening intelligence cooperation."

"The Sudanese authorities briefed the Israeli delegation on their progress on canceling the law boycotting Israel and amending the law imprisoning Sudanese migrants, including in Israel, who return to Sudan," the ministry added.

Khartoum signed the accords less than a month after Washington removed it from its "state sponsors of terrorism" blacklist as part of a quid pro quo. But protests against normalization have continued in Sudan.

On Jan. 17, dozens of protesters gathered outside the Cabinet office in Khartoum and burned the Israeli flag. Until last year, Egypt and Jordan were the only Arab countries to have recognized Israel, in bilateral peace deals struck decades ago.

Other Arab governments refused to normalize relations until Israel reached a comprehensive peace agreement with the Palestinians and its other neighbors. Cohen said his visit to Khartoum "laid the foundations for many important collaborations that will help Israel and Sudan, boost regional stability, deepen our ties with Africa and lead to more agreements with states in the region."