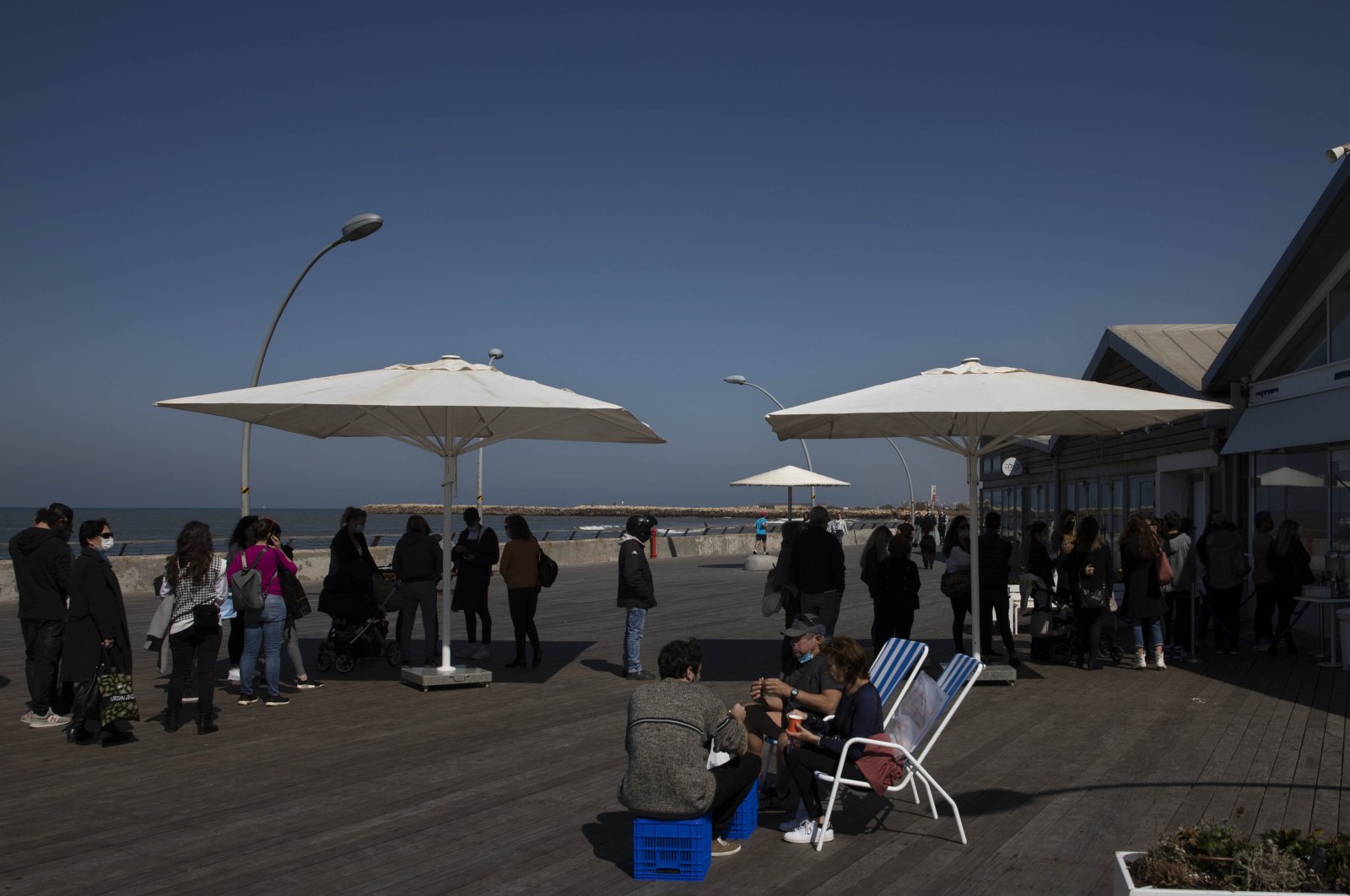 Israel took a step toward normalcy Sunday, reopening a raft of businesses and services following its third national lockdown, with some sites only available to those who have been vaccinated.

Nearly 3 million people, almost a third of Israel's population, have received the two recommended doses of the coronavirus vaccine produced by the German firm BioNTech and the American pharmaceutical company Pfizer, the world's quickest inoculation pace per capita.

With a steady flow of data proving the Pfizer vaccine's efficacy in stopping serious illness after a COVID-19 infection, Israel's government has begun gradually easing restrictions.

Shopping malls and stores with street access reopened Sunday, with certain limitations on crowd size. But gyms, swimming pools, hotels and some cultural facilities are reopening only to those who have been fully vaccinated and obtained the so-called green pass.

Israel's green pass scheme is being closely watched as a possible model for how other economies might reopen once a substantial part of the population is vaccinated, while stirring controversy over unequal access for those who opt out of the jab.

Lifting weights at a gym in Petah Tikva near Tel Aviv late Saturday, Prime Minister Benjamin Netanyahu insisted Israel was moving ahead "with caution," while imploring "everyone to get vaccinated."

Standing at the entrance of a posh Tel Aviv gym, 90-year-old Ora Davidovicz said she "couldn't wait" to go swimming.

"It's been almost a year since I went to the pool," she told Agence France-Presse (AFP). "I've been counting the days."

"All I have to do is put on my swimsuit," she said, before heading in.

As of Sunday, nearly 3.2 million Israelis are eligible for the green pass, according to the health ministry. That includes 2.5 million people who had their second shot more than a week ago as well as nearly 700,000 people who have recovered from COVID-19.

At the family-owned Katalina shoe store in central Tel Aviv, Mordechai Nazarian said his business had been closed for eight of the last 12 months, with "little openings here and there" as Israel lifted restrictions between lockdowns. "We hope this one is the right one," he told AFP.

Israel, which has one of the world's most sophisticated medical data systems, secured a substantial stock of the Pfizer-BioNTech vaccine by paying an above-market price and by striking a data-sharing deal with the drug giant.

Netanyahu is hoping that the successful vaccine procurement and rollout will boost his support ahead of March 23 elections, Israel's fourth vote in less than two years.