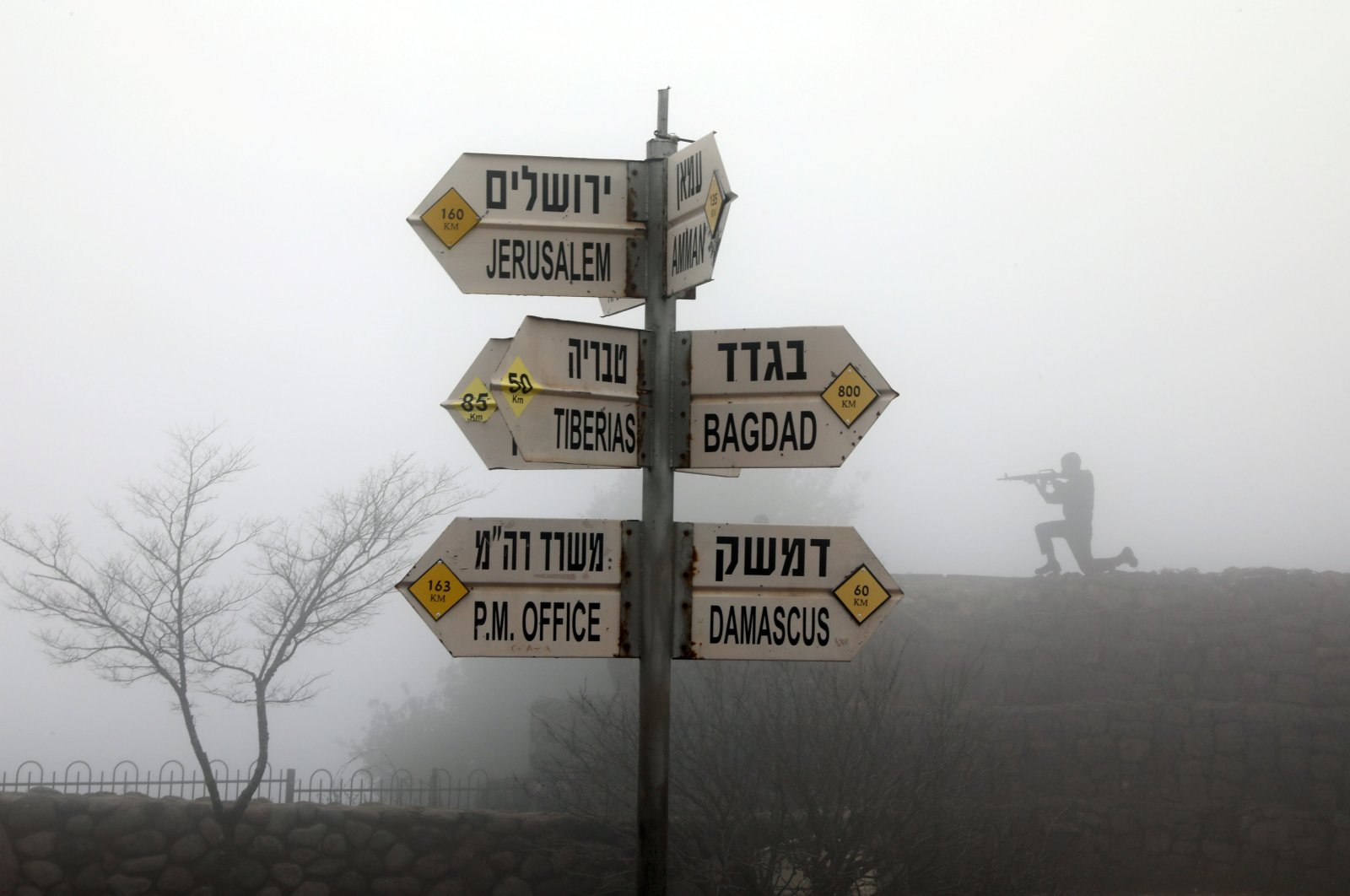 Sign board pointing out distances to different cities is seen on Mount Bental, an observation point in the Israeli-occupied Golan Heights, that overlooks the Syrian side of the Quneitra crossing, March 25, 2019. (Reuters Photo)
by ASSOCIATED PRESS Dec 26, 2021 3:51 pm
RECOMMENDED

Israeli Prime Minister Naftali Bennett said Sunday the country intends to double the amount of settlers living in the occupied Golan Heights with a multimillion-dollar plan meant to further consolidate Israel’s hold on the territory it captured from Syria more than five decades ago.

Speaking at a special Cabinet session being held in the Golan Heights, Bennett said the recognition by the Trump administration of Israeli sovereignty over the swath of land, and the Biden administration’s indication that it will not at this point walk that decision back, prompted the new investment in the region.

Entrenching Israeli control over the territory would complicate any future attempt to forge peace with Syria, which claims the Golan Heights.

Israel occupied the Golan Heights in the 1967 Mideast War and later annexed the territory, promoting settlement and agriculture there as well as creating a thriving local tourism industry. The U.S. was the first country to recognize Israel’s sovereignty over the Golan, which the rest of the international community regards as Israeli-occupied.

Bennett said the war in Syria made the idea of Israeli control of the territory more acceptable to its international allies, saying the alternative would be much worse.

Israel has long argued that the strategically important area has, for all practical purposes, been fully integrated into Israel since it was captured from Syria and that control of the strategic plateau is needed as protection from Iran and its allies in Syria.

Tens of thousands of Israelis live in the Golan Heights, which is also home to a number of formerly Syrian Druze villages, some of which oppose Israeli control.