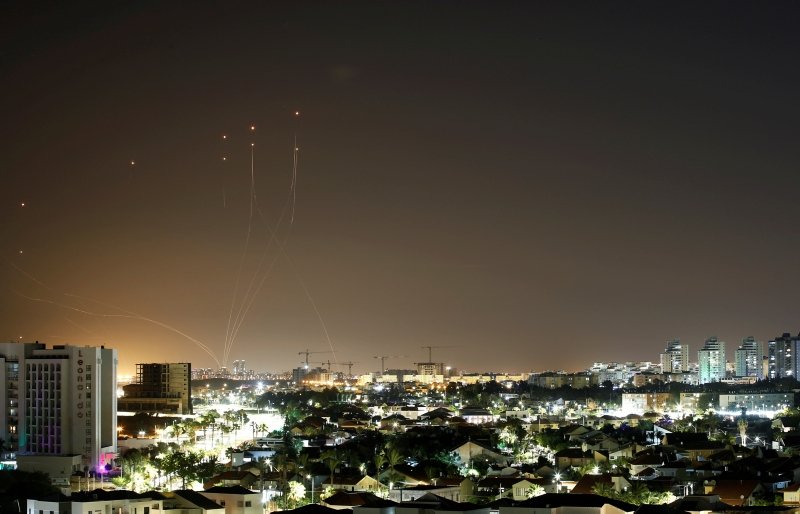 Streaks of light are seen as Israel's Iron Dome anti-missile system intercepts rockets launched from the Gaza Strip towards Israel, as seen from Ashkelon, Israel May 11, 2021. (Reuters Photo)
by Agencies May 11, 2021 10:48 pm
RECOMMENDED

A pipeline belonging to an Israeli state-owned energy company was hit in a rocket attack as Iron Dome failed to intercept the projectile late Tuesday, Reuters reported citing an Israeli government official and an energy sector official.

Video broadcast by Channel 12 showed flames rising from what appeared to be a large fuel vat near the Israeli Mediterranean city of Ashkelon, south of Tel Aviv.

Operations at a power plant in Ashkelon were not interrupted, Channel 13 TV said.