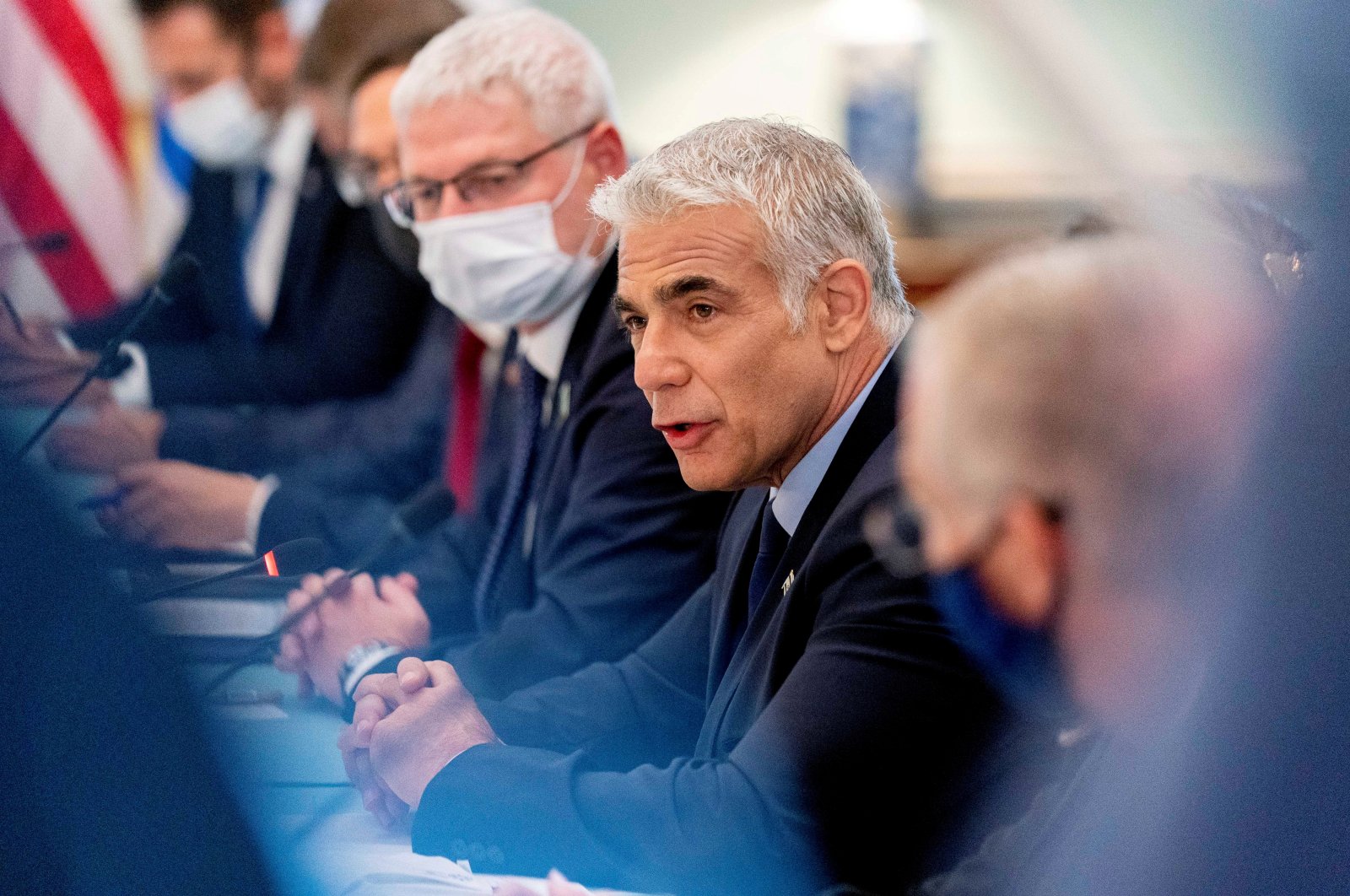 Israeli Prime Minister Naftali Bennett and Foreign Minister Yair Lapid's lack of coordination regarding the reopening of the U.S. Consulate in East Jerusalem was one of the causes of tensions between Washington and Tel Aviv, an Israeli media outlet reported Sunday.

Israel Hayom daily said Lapid hinted to U.S. Secretary of State Antony Blinken in his first call with him that Israel would OK the reopening of the consulate after passing the state budget.

"Tensions between Israel and the US over Washington's plans to reopen a key diplomatic office to the Palestinians in Jerusalem stem from a lack of coordination between Bennett and Lapid," the newspaper said, citing an informed Israeli official.

"In his conversations with Blinken, Lapid noted the government's sensitive political make-up and advised Washington to delay the move until after the Knesset passes a budget," the source said.

According to the Israeli official, Blinken agreed to postpone the reopening of the consulate till passing Israel's state budget by the Knesset.

The issue was revealed as two advisers to Bennett held talks with U.S. officials in August where they addressed the issue.

"In those talks, the two Israeli officials emphasized Bennett's opposition to the opening of the Palestinian consulate was a matter of principle and unrelated to political timing. Bennett would continue to oppose the move after the budget had passed, they explained," the source said, adding that the U.S. administration was surprised and disappointed by the "inconsistent Israeli position on the issue."

"One of the reasons Blinken announced his intention of opening the consulate last week precisely when Lapid was by his side and with the knowledge Israel opposed (the move) was that Lapid had misled him," the source said.

The current Israeli government is formed by a very fragile coalition of extreme right, center, left, and Arab parties.

In May, Blinken announced that the Biden administration would be moving forward with reopening the consulate in East Jerusalem.

In 2018, the administration of former U.S. President Donald Trump closed the consulate after it recognized Jerusalem as Israel's capital.