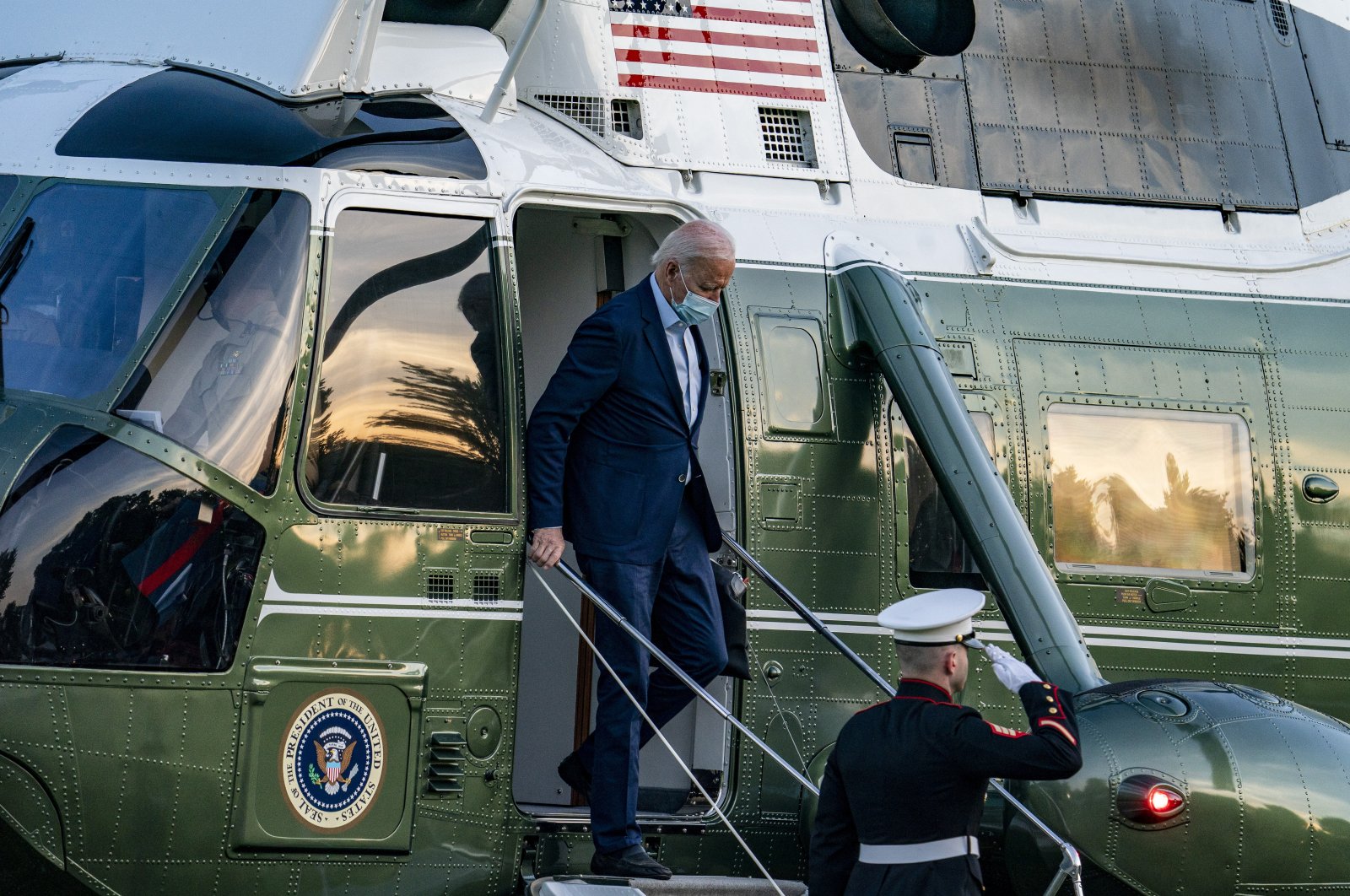 Having served decades in the U.S. Senate and afterwards as former U.S. President Barack Obama’s vice president, Palestinians believed that U.S. President Joe Biden had better experience in the Israeli-Palestinian conflict than most of his modern predecessors and hoped that he would be the one to manage a Middle East peace breakthrough with the implementation of the two-state solution to the Israeli-Palestinian conflict.

Palestinians thought Biden would reverse the illegal steps his predecessor Donald Trump took, such as the recognition of Jerusalem as Israel’s capital and moving the U.S. Embassy from Tel Aviv.

However, to their disappointment, Biden did not reverse Trump’s decision to recognize Jerusalem as Israel’s capital nor did he move back the U.S. Embassy to Tel Aviv and nor did he reopen the U.S. Consulate General in Jerusalem, which Trump shut down and which for years served as a key U.S. diplomatic conduit for the Palestinians.

On the other hand, it is still unclear when the U.S. will allow for the reopening of the Palestinians’ diplomatic mission in Washington, which Trump closed, citing the Palestinians’ refusal to engage in the so-called "peace proposal,” which was heavily weighted in favor of Israel.

Although Biden has restored some modest aid to the U.N. Relief and Works Agency for Palestine Refugees (UNRWA), which helps Palestinians, his administration to date has not reestablished the U.S.-Palestinian connection that was largely severed under Trump.

Biden was reluctant to make any decisive and critical approach to the Israeli-Palestinian conflict and did not act earlier to restore the traditional American posture on the two-state solution.

Palestinians responded with provocations of their own and then Hamas in response began firing rockets into Israel.

On its part, Israel responded with heavy airstrikes and ground troops killing hundreds of civilians, including many women and children. Thus, a war broke out for the first time since 2014.

As the situation escalated, Biden remained mostly muted about the dangerous crisis, did not issue any fast remarks on the violence, or even bring up the topic himself when he appeared in public.

The only time Biden spoke publicly on the matter came when reporters specifically asked about it and he appeared to weigh every word very carefully, speaking in muted tones.

"My expectation and hope are that this will be closing down sooner than later," he said at the White House. “Israel has a right to defend itself when you have thousands of rockets flying into your territory," Biden added.

"My hope is that we'll see this coming to conclusion sooner rather than later."

The Biden administration has publicly weighed in only with phone calls and official statements.

U.S. Secretary of State Antony Blinken and other senior officials have worked the phones with their Israeli counterparts and there have been urgent calls with Arab countries to try to help shape a regional response led by Egypt.

Activists, analysts and many of Biden’s fellow Democrats in the U.S. Congress criticized the administration’s slow response and said that the public reaction has been too equivocal for a crisis that has been boiling for weeks, thus questioning Biden’s commitment to human rights and demanding him to pressure Israel.

Democrats see that as their party has made its commitment to social and racial justice a main part of their platform, they should apply similar notions of justice to foreign policy, where an increasing number see apartheid in Israel's treatment of the Palestinians.

After Biden uttered the repeated melody that Israel has a right to defend itself, a group of leading progressive U.S. Congress members offered a rare break from party unity, giving fiery speeches that accused Biden of ignoring the difficult situation of Palestinians and “taking the side of the occupation."

"Do Palestinians have a right to survive?” Do we believe that? And if so, we have a responsibility to that as well.”

Sen. Chris Van Hollen, a Maryland Democrat who serves on the Foreign Relations Committee, said that the planned evictions violate international laws and he questioned the administration's commitment to human rights.

Sen. Bernie Sanders, for his part, wrote in The New York Times an op-ed entitled "The U.S. Must Stop Being an Apologist for the Netanyahu Government."

Sanders explains: "In the Middle East, where we provide nearly $4 billion a year in aid to Israel, we can no longer be apologists for the right-wing Netanyahu government and its undemocratic and racist behavior. We must change course and adopt an evenhanded approach, one that upholds and strengthens international law regarding the protection of civilians, as well as existing U.S. law holding that the provision of U.S. military aid must not enable human rights abuses."

Liberal Democrats have long opposed U.S. policy toward Israel, and progressives were calling for new tactics and policy changes toward Israel in exchange for the large amounts of military aid the U.S. provides it.

With hundreds of civilians losing their lives, the U.S. did not use all diplomatic tools at its disposal to secure an immediate cease-fire. The Biden administration even blocked the U.N. Security Council's (UNSC) action, where the U.S. often stands alone in defending Israel from criticism, arguing that a statement or public meeting would hinder behind-the-scenes diplomacy.

The U.S. did it although the other 14 member states wished to speak with one voice to protect civilian life and promote a just and lasting peace, including the ending of the nearly 14-year blockade of the Gaza Strip and the 54-year military occupation of Palestinian territory, including East Jerusalem.

The U.S. cannot claim to be a passive observer of the systemic injustices that Palestinians face.

Palestinians across the occupied Palestinian territory face daily and systemic oppression and discrimination as a matter of Israeli state policies. They are denied their basic rights to freedom of movement, freedom of worship and freedom to assemble and express themselves peacefully.

The people of Gaza have been trapped under a land, air and sea blockade since 2007 with nowhere to flee for safety. In East Jerusalem and across many parts of the West Bank, Palestinians are at daily risk of being forcibly displaced from their homes, as part of Israel’s efforts in support of settler organizations who seek to drive Palestinians off their land in clear violations of international law.