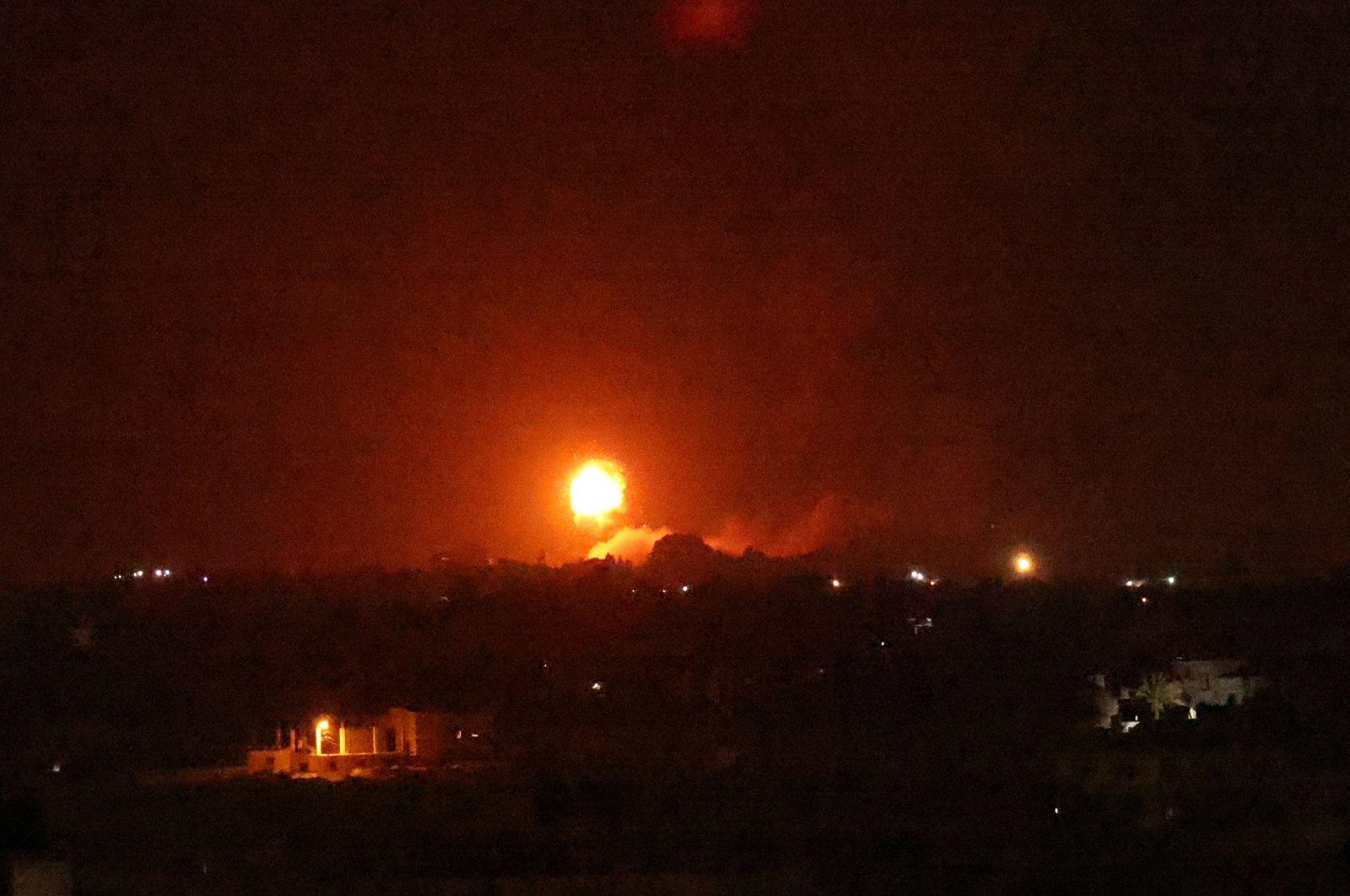 The ministry said 15-year-old Emad Hashash died after sustaining a gunshot wound to the head.

Hashash was killed during a military raid in the Balata refugee camp east of the West Bank city of Nablus, the official Palestinian news agency, WAFA, said.

A statement from the Israeli army, which did not mention the dead teenager, said troops were apprehending a suspect in Balata camp and "responded with live fire" to a threat.

There were no immediate reports of casualties in the airstrikes that targeted what the military said was a weapons production facility and a rocket launch site belonging to Hamas.

Since an Egyptian-mediated cease-fire halted 11 days of a relentless Israeli assault on Gaza in May, Gaza militants have allegedly sent balloons carrying incendiary material into Israel, drawing Israeli strikes on the enclave.

Palestinians say the balloons are aimed at pressing Israel to ease restrictions on Gaza and allow aid to reach the territory.

Unrest at the Gaza-Israel border has recently spiked.

More than 250 Palestinians were killed in May as Israel indiscriminately bombed the Gaza Strip, including residential buildings, hospitals and schools. Thirteen people were also killed in Israel. The U.N. High Commissioner for Human Rights and rights groups said Israel apparently committed war crimes during the 11-day assault.

Israel keeps Gaza under a crippling blockade, tightly restricting movement out of the territory that is home to 2 million Palestinians. Egypt also maintains restrictions on the enclave.