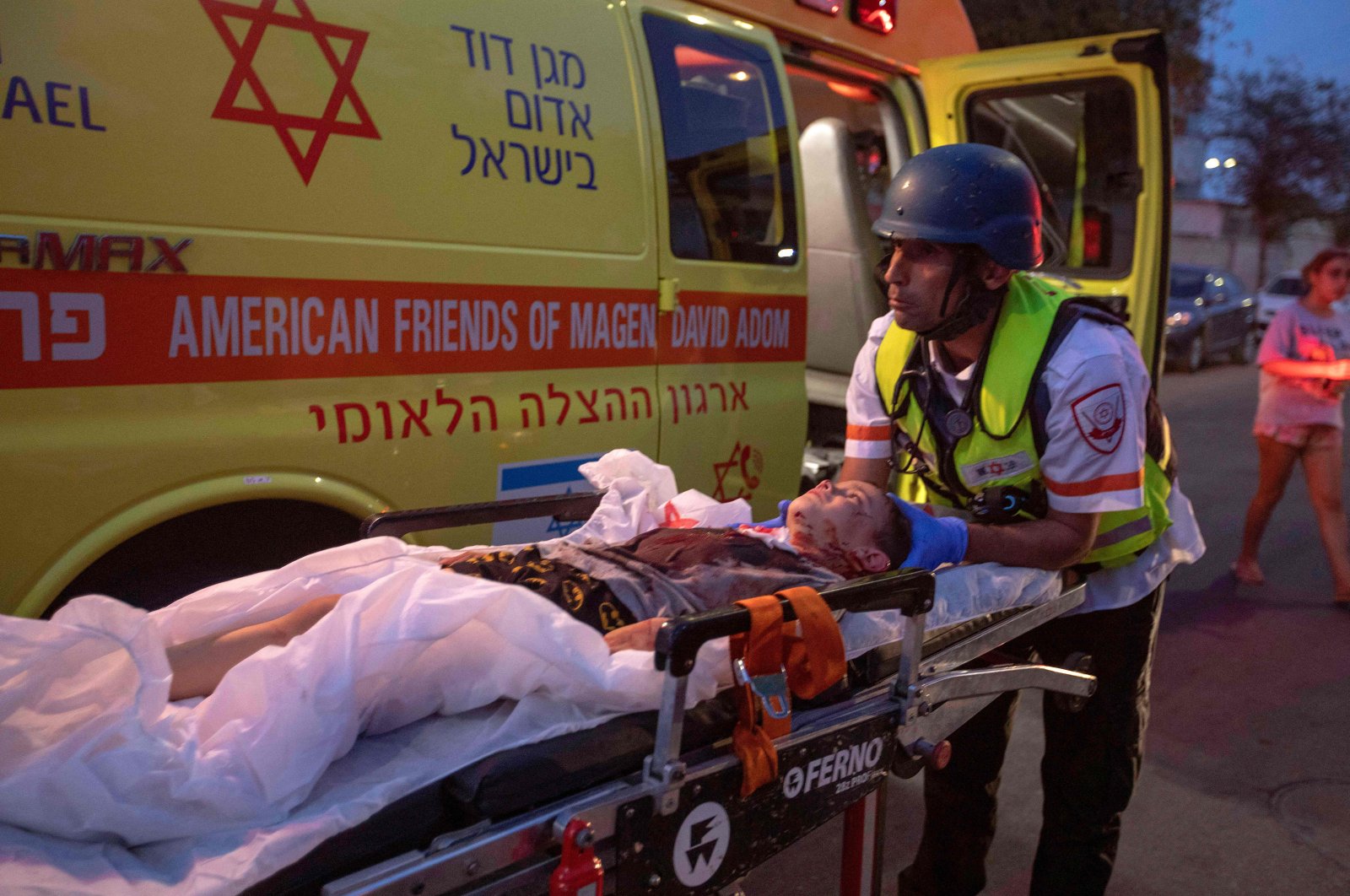 Rescue workers evacuate a an injured youngster by ambulance, amidst a rocket attack from the Gaza Strip, in the southern Israeli city of Sderot, on May 12, 2021. (AFP File Photo)
by French Press Agency - AFP May 13, 2021 12:15 am
RECOMMENDED

Footage of a far-right Israeli mob attacking a man near Tel Aviv they believed to be an Arab was aired live on television Wednesday night, as the Israel-Palestinian conflict raged on.

The shocking images show a man being forcibly removed from his car and beaten by a crowd of dozens until he lost consciousness.

Police and emergency services did not arrive on the scene until 15 minutes later, while the victim lay motionless on his back in the middle of the street.

Those in the crowd justified the attack by saying the man was an Arab who had tried to ram the far-right nationalists, but the footage shows a motorist trying to avoid the demonstration.

"The victim of the lynching is seriously injured but stable," Tel Aviv's Ichilov hospital said in a statement, without revealing his identity.

Far-right lawmaker Betzalel Smotrich, head of the "Religious Zionism" party, said he was "ashamed" of the "atrocious cruelty" of the attack.

"Jewish brothers, stop! We cannot under any circumstances allow ourselves to take part in violent acts," he said.

Israel's chief rabbi Yitzhak Yossef called for an end to attacks by Jews.

"Innocent citizens are being attacked by terrorist organizations, the heart is heavy and the images difficult, but we cannot allow ourselves to be drawn into provocations and aggressions," he said.

Issawi Fredj, an Arab deputy from the left-wing Meretz party, said the images were a sign that the country was heading towards "civil war".

Demonstrations by far-right activists broke out Wednesday night in several cities, leading to clashes with police and sometimes Arab Israelis.

Police said they were responding to violent incidents in cities including Acre, Haifa and Lod.

In Acre, a mixed Arab-Jewish town in northwest Israel, a Jew was seriously injured by stone throwers, police said.