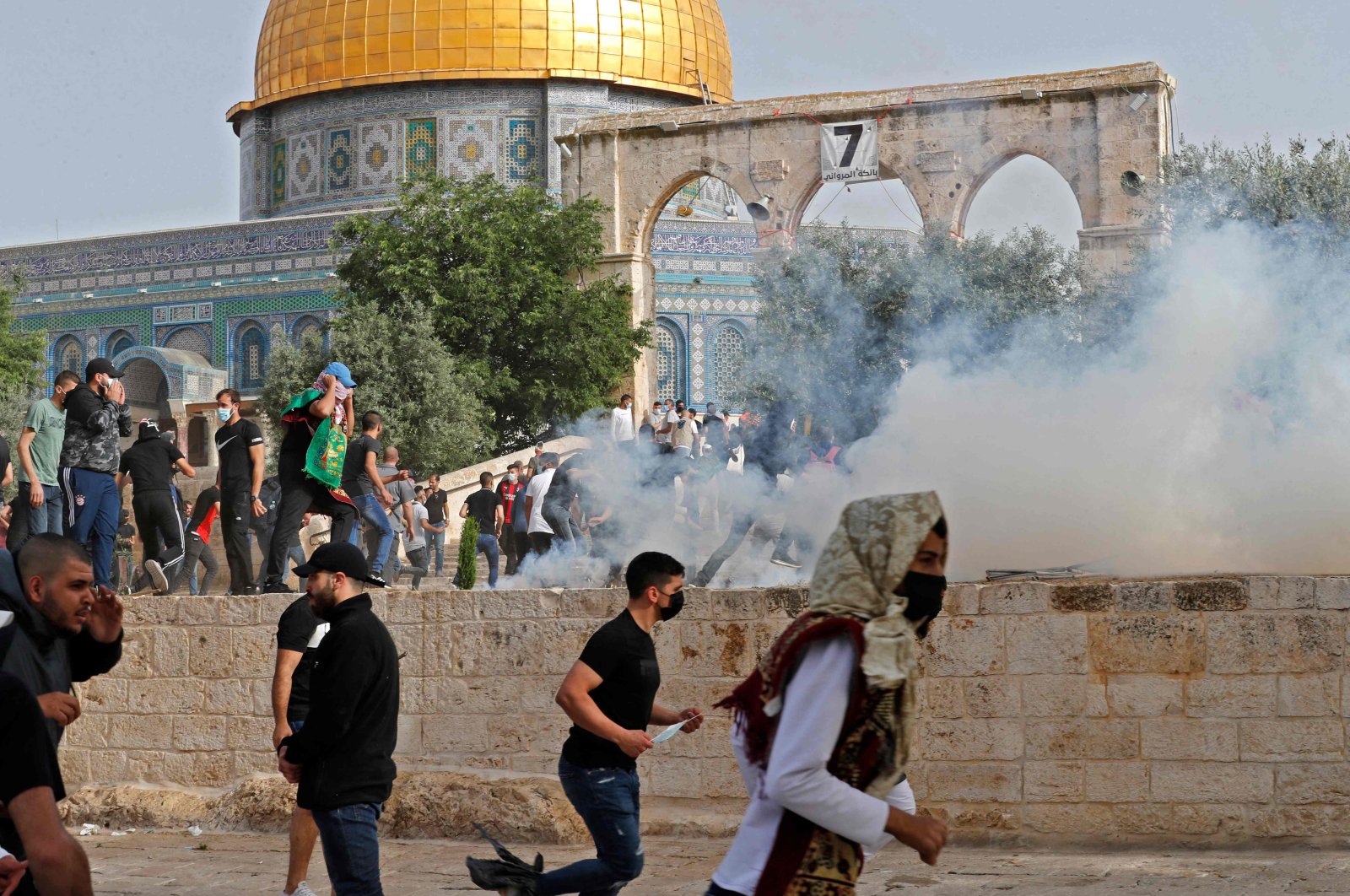 Clashes between Palestinian protesters and Israeli police broke out hours after a truce in Gaza went into effect.

Hundreds of Palestinians had held a celebratory demonstration at Al-Aqsa in which they waved Palestinian flags and banners of the resistance group Hamas. They later wanted to march to the Old City area, but Israeli police used stun grenades and gas bombs to disperse them.

The confrontations died down within about an hour, with Israeli police retreating to their positions at the complex's gates. Medics said 20 Palestinian were wounded, with two taken to hospital for treatment.

The death toll from the ongoing Israeli attacks on the besieged Gaza Strip has risen to 243, including 66 children and 39 women, the Palestinian Health Ministry said Friday. More than 1,900 people have been wounded, the ministry said in a statement. A cease-fire between Israel and Hamas took effect at 2 a.m. Friday.

The truce brokered by Egypt came after 11 days of Israeli airstrikes on the Palestinian enclave. The Israeli military has staged airstrikes across the Gaza Strip since May 10, destroying residential buildings, hospitals and educational centers.