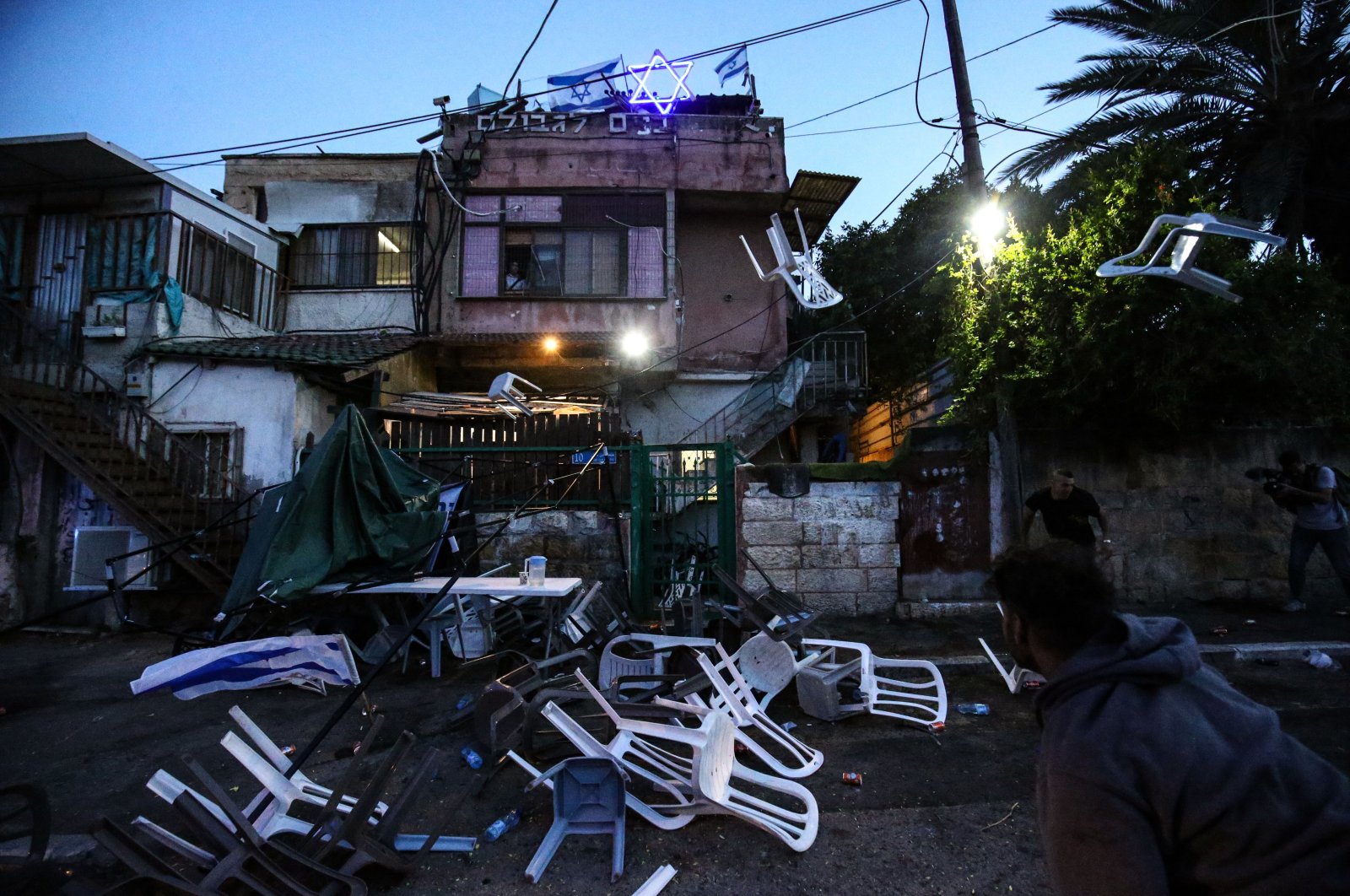 Scattered plastic chairs seen after clashes between Palestinians and Israeli settlers in the Sheikh Jarrah neighborhood, East Jerusalem, May 6, 2021. (AA Photo)
by Anadolu Agency May 07, 2021 11:33 am
RECOMMENDED

Jewish settlers on Thursday assaulted Palestinians having an iftar (fast-breaking) dinner in the Sheikh Jarrah neighborhood of occupied East Jerusalem on Thursday.

Palestinians, whom Israel wanted to forcibly evict from their homes, and their supporters set the iftar table for the breaking of the Ramadan fast in front of their homes in the evening.

However, Jewish settlers soon began throwing stones, glass bottles and various objects from the roofs of houses towards the tables of the Palestinians.

When the Palestinians responded to the assault, a fight broke out between the two groups and the iftar tables were dispersed.

Itamar Ben Gvir, a member of the parliament and one of the leaders of the Israeli far-right Otzma Yehudit party, came to the neighborhood and stood alongside the Jewish settlers and provoked the Palestinian group.

The Israeli Central Court in East Jerusalem approved a decision to evict seven Palestinian families from their homes in favor of Israeli settlers as of the beginning of this year. Palestinians have been protesting in Sheikh Jarrah since the court ruling, prompting clashes with Israeli police and Jewish settlers.

Since 1956, a total of 37 Palestinian families have been living in 27 homes in the neighborhood. However, illegal Jewish settlers have been trying to push them out on the basis of a law approved by the Israeli parliament in 1970.

Residents of another part of Palestine found themselves displaced to the Gaza Strip and the West Bank amid rising attacks by Zionist gangs to pave the way for the creation of the state of Israel.

Palestinians use "Nakba" in Arabic, or "The Catastrophe,” to refer to the 1948 expulsions by Zionist gangs.

The Palestinian-Israeli conflict dates back to 1917, when the British government, in the now-famous Balfour Declaration, called for "the establishment in Palestine of a national home for the Jewish people."