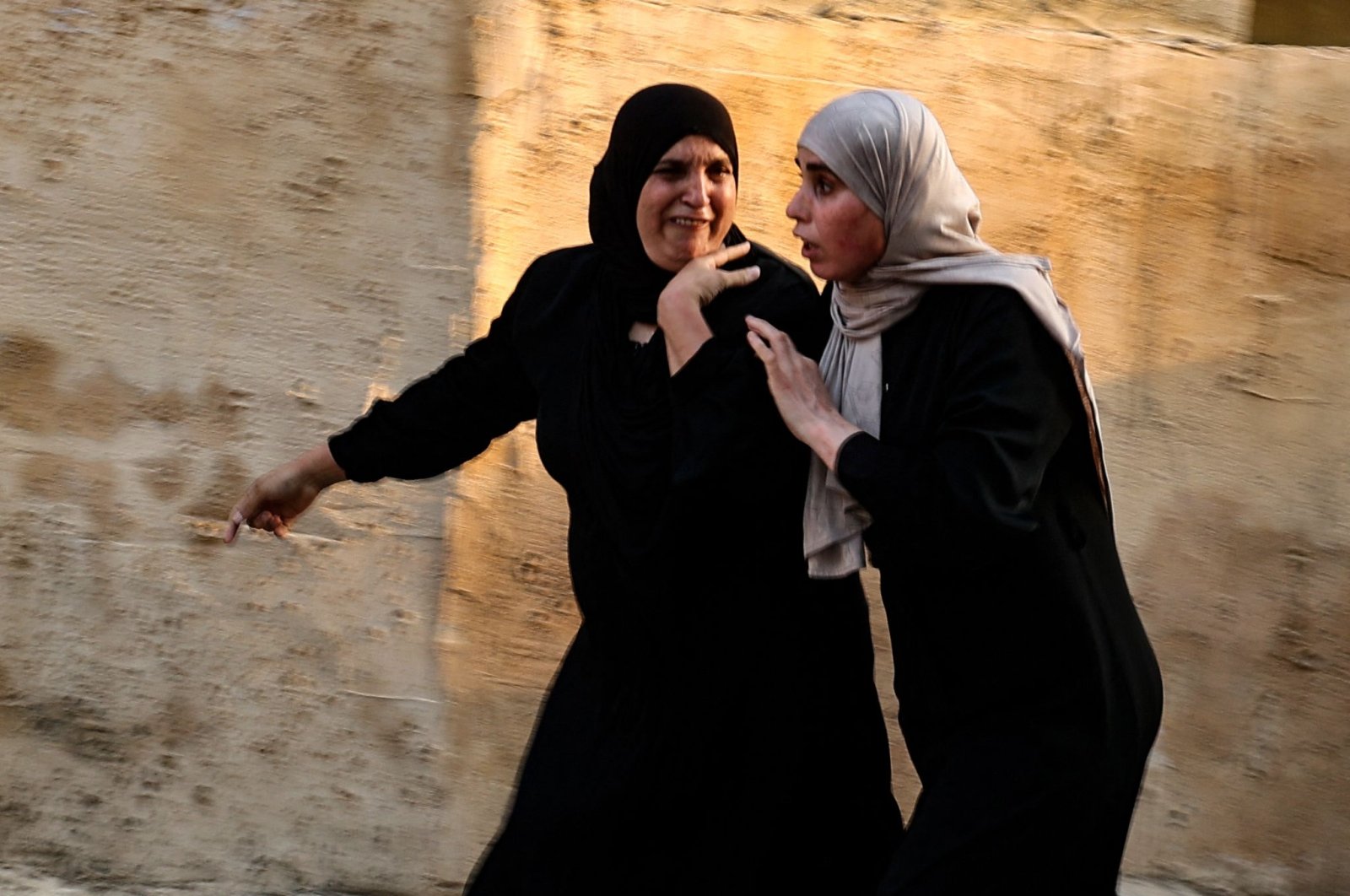 Family members react at the funeral of a Palestinian protester, who died of his wounds sustained during confrontations with Israeli forces earlier today, in the town of Beita, the occupied West Bank, Palestine, on August 6, 2021. (AFP Photo)
by Daily Sabah with AP Aug 10, 2021 9:31 am
RECOMMENDED

The Israeli military said soldiers shot and wounded a Palestinian woman on Monday, in the latest incident of violence in the occupied territories.

The woman was hospitalized after being shot in her "lower body" near the northern West Bank city of Nablus, the military said in a statement early Tuesday. A military spokesperson said he was not aware of her current condition. According to the military the shooting came after the woman attempted to carry out a knife attack, however no Israeli soldiers were wounded in the incident.

The Palestinians and Israeli human rights groups say soldiers often use excessive force. Israeli troops opened fire on a car in the southern West Bank town of Beit Ummar last month, killing 12-year-old Mohammed al-Alami as he and his family were driving to the store to get snacks.

Earlier in June, Israeli troops killed another Palestinian woman in the occupied West Bank, according to the army. Official Palestinian news website Wafa identified the woman as Mai Afana, 29, from the town of Abu Dis, which is East of Jerusalem.

The incident came amid fresh tensions between Israel and the Palestinians. The killing came as tensions rose across occupied East Jerusalem following a provocative flag march staged by right-wing Israelis.

The Monday's killing set off two days of protests in which another Palestinian was killed during clashes with Israeli troops. Israel says the family ignored orders from the troops to stop and that the soldiers only fired at the vehicle's tires. The vehicle was riddled with bullets, and the family said it was given no warning.

Another two Palestinians were shot and killed in recent weeks near the northern West Bank town of Beita, where stone-throwing protesters have repeatedly clashed with Israeli troops over a nearby settlement outpost established in May.

Israeli troops also shot and killed a 17-year-old Palestinian during clashes in the West Bank village of Nebi Saleh, which has seen waves of protests over the years against a nearby settlement. Israel captured the West Bank in the 1967 war and has established dozens of settlements where nearly 500,000 settlers reside. The Palestinians want the West Bank to form the main part of their future state and view the settlements as a major obstacle to resolving the conflict.

Palestinian rights groups accuse the Israeli forces of deliberately killing Palestinians even when there is no risk to their own lives.