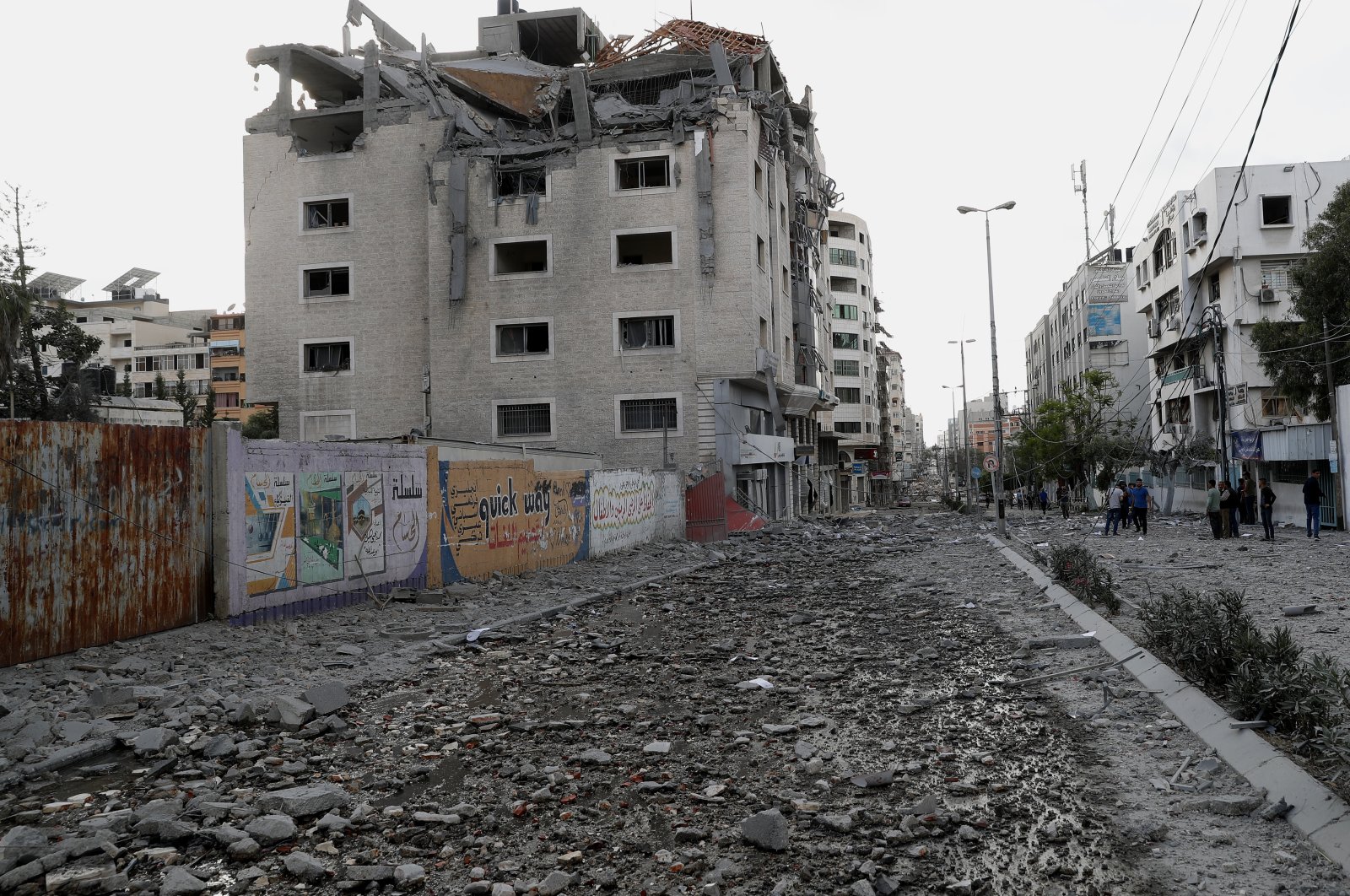 People gather to inspects the rubble of a destroyed commercial building and a Gaza health care clinic following an Israeli airstrike on the upper floors of a commercial building near the Palestinian Health Ministry in Gaza City, Palestine, on Monday, May 17, 2021. (AP Photo)
by Agencies May 18, 2021 12:07 am
RECOMMENDED

A harrowing video from Gaza surfaced on social media on Monday, which showed people continuing as normal, seemingly unresponsive to an Israeli airstrike occurring in their vicinity.

In the video, people are seen watching casually as a building is destroyed with an airstrike, behaviour Twitter users describe as "learned helplessness."

The death toll from the ongoing Israeli attacks on the besieged Gaza Strip has risen to 212, the Palestinian Health Ministry said earlier the same day.