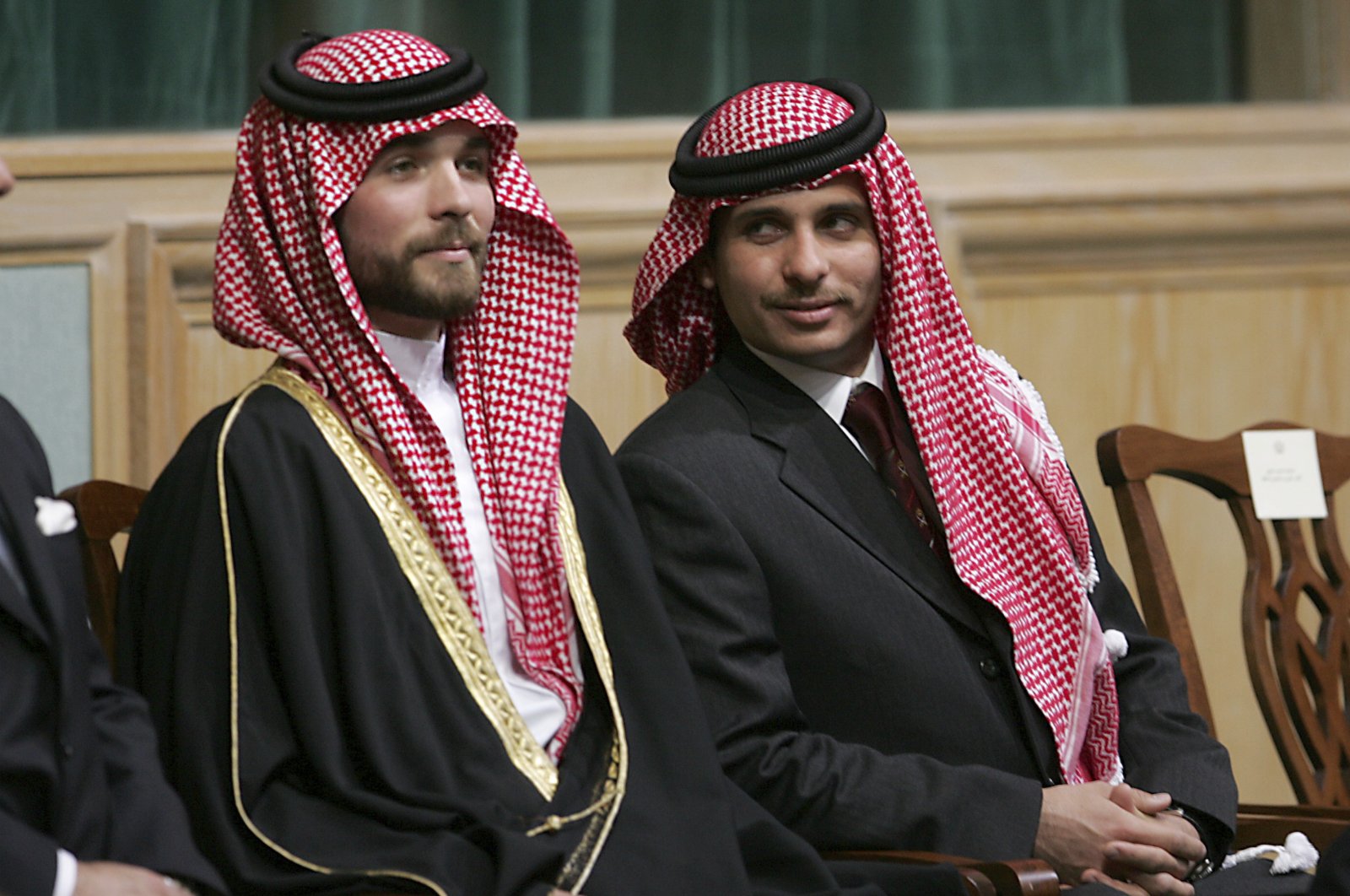 The prosecutor general in Jordan's capital of Amman banned Tuesday the publication of any information about the alleged plot the government says involves the half-brother of King Abdullah II.

Prince Hamzah on Saturday harshly criticized Jordan's leaders from what he said was house arrest – but in a dramatic about-turn on Monday pledged his loyalty to the royal family.

The palace released a signed statement in which the 41-year-old prince had changed his tone and pledged to "always be ready to help and support His Majesty the King and his Crown Prince."

The monarchy ruling Jordan – a country long regarded as a pro-Western anchor of stability in a turbulent region – declared it was settling the matter "within the framework of the Hashemite family."

Amman's prosecutor general Tuesday banned the publication of any information about the investigation into what the government has called a "wicked" plot against Jordan involving unnamed foreign entities.

The government has accused Hamzah – a former crown prince who was sidelined as heir to the throne in 2004 – of involvement in a conspiracy to "destabilize the kingdom's security" and also arrested at least 16 people.

"In order to keep the security services' investigation into Prince Hamzah and the others secret, (it has been decided) to ban the publication of anything related to this inquiry at this stage," prosecutor Hassan al-Abdallat said in a statement.

"The ban on publication involves all audiovisual media and social networks, as well as the publication of all images or video clips relating to this subject on pain of legal action."

Prince Hamzah has made extensive use of the media to lash out against his situation, accusing Jordan's rulers of corruption, nepotism and ineptitude in a video message he sent to the BBC on Saturday. He sharply criticized the "incompetence that has been prevalent in our governing structure for the last 15 to 20 years and has been getting worse."

"No one is able to speak or express opinion on anything without being bullied, arrested, harassed and threatened," he charged.

He said he had been placed under house arrest in his Amman palace and that his phone and internet were cut off, but that he was able to send his message using a satellite link. He also vowed he would not be silenced or stay confined at home.

But Hamzah's tone changed after Abdullah sent another royal to speak with him Monday. The job of mediator was handed to Hamzah's uncle, Prince Hassan, 71, himself a former heir to the throne who was sidelined. After their talk, the palace released a statement in which the prince did not step away from all his criticism, but loyally pledged: "I will remain ... faithful to the legacy of my ancestors, walking on their path, loyal to their path and their message and to His Majesty."

Analyst Ahmed Awad, who heads the Phoenix Center for Economic Studies and Informatics, said, "There has been a solution within the royal family, but not a solution to the political crisis in the country.

"The real political crisis is not over ... as long as there are not more democratic reforms."

The crisis has laid bare divisions in a country usually seen as a bulwark of stability in the Middle East. Jordan borders Israel and the occupied West Bank, Syria, Iraq and Saudi Arabia. It hosts U.S. troops and is home to millions of exiled Palestinians and more than half a million Syrian refugees.

The Washington Post – which broke news of the crisis Saturday – wrote that speculation about an alleged "foreign connection" in the plot intensified after an unscheduled visit by a Saudi delegation. The Saudis requested the release from arrest of Jordanian former royal advisor Bassem Awadullah, a Saudi passport holder, the newspaper said, quoting a senior Middle Eastern intelligence official.

The group Human Rights Watch (HRW), meanwhile, said the crisis comes against the backdrop of a "diminishing space for freedom of expression and political dialogue" in Jordan.

Hamzah's comments reflect "public angst and frustration over the economic situation as well as the perceived increase of authoritarianism," its Middle East and North Africa deputy director Adam Coodle told Agence France-Presse (AFP). "There's been just a creeping securitization of all the government agencies," he added.