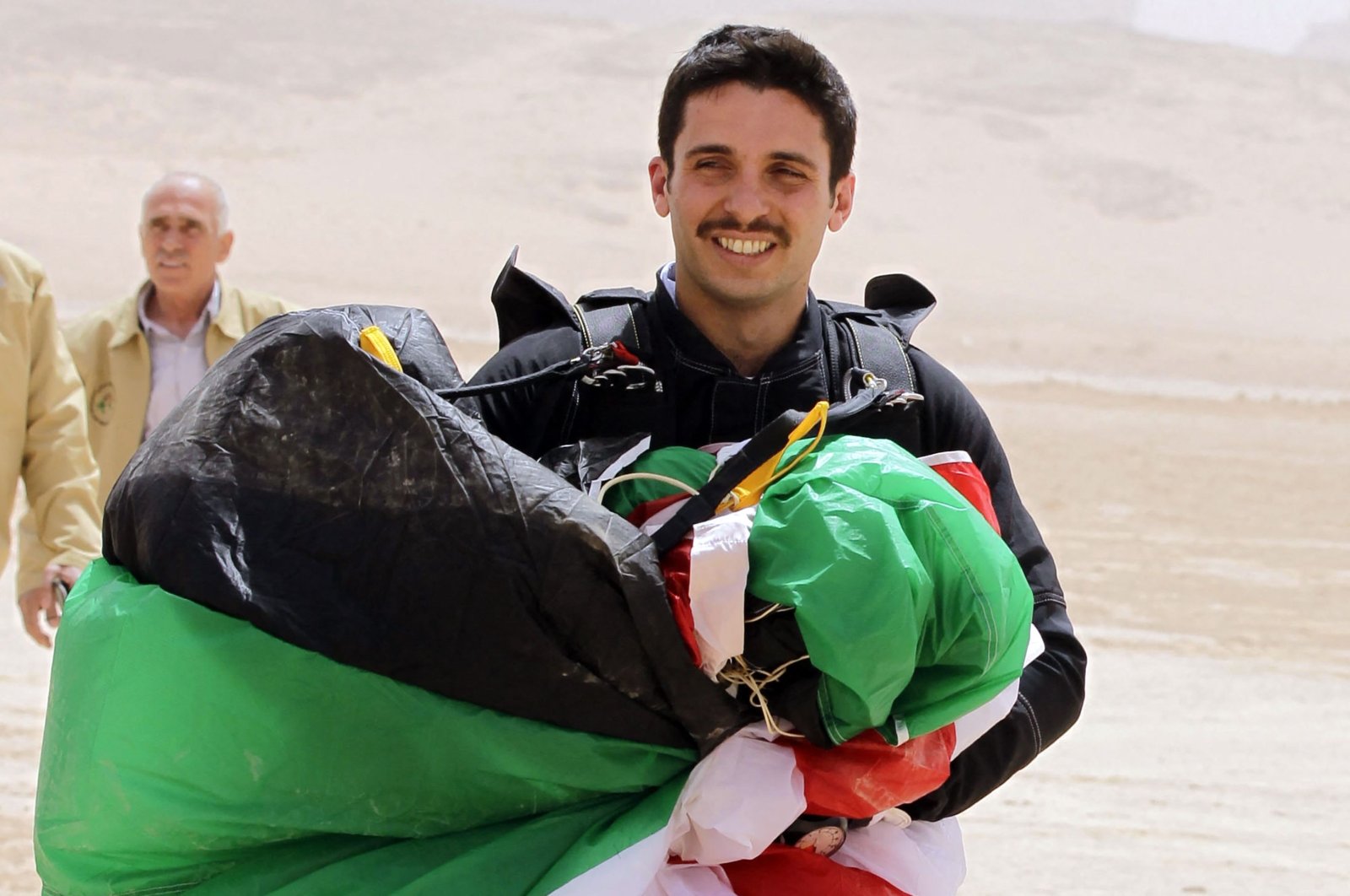 Detained Jordan's former Crown Prince Hamzah said Sunday he will not obey orders restricting his movement after the country's security forces accused him of plotting a coup against his half-brother King Abdullah II.

The government has said Prince Hamzah was involved in a seditious conspiracy to "destabilize the kingdom's security," placed him under house arrest and detained at least 16 more people.

But 41-year-old Prince Hamzah, who says he has been ordered to stay inside his Amman palace, vowed he would defy orders limiting his freedom of movement.

"I don't want to make moves and escalate now, but of course I'm not going to obey when they say you can't go out, you can't tweet, you can't communicate with people, you're only allowed to see your family," he said in an audio recording posted on Twitter late Sunday.

Prince Hamzah – a former crown prince stripped off that title by Abdullah in 2004 – has emerged as a vocal critic of the monarchy, accusing it of corruption, nepotism and authoritarian rule. In a video he sent to the BBC Saturday he denied being involved in a plot and said he had been ordered under house arrest by Jordan's most senior military figure, General Youssef Huneiti. He lashed out at Jordan's "ruling system," saying several of his friends had been arrested, his security detail removed and his internet and phone lines cut.

State-run news agency Petra said among those arrested for "security reasons" were former close aides to the royal family Bassem Awadallah, chief of the royal court in 2007-08, and Sherif Hassan bin Zaid.

In the latest recording, Prince Hamzah said that: "When the head of the joint chiefs of staff comes and tells you this, it's a bit... I think it's a bit unacceptable."

The palace turmoil has laid bare a rift in Jordan, usually considered a bulwark of stability in the Middle East. Washington and major Gulf powers were quick to pledge their support for King Abdullah II and for all steps taken to ensure stability amid reports of a foiled coup plot.

Security services monitored "contacts with foreign parties aiming to destabilize Jordan's security," including an alleged offer to spirit Prince Hamzah's wife out of the country, Jordanian Foreign Minister Ayman Safadi said. Safadi declined to identify the alleged foreign parties or say what the charges were, but said authorities acted because the alleged conspirators were "talking about timing."

"This sedition was nipped in the bud," Safadi said.

Prince Hamzah's mother, American-born Queen Noor, defended her son and the others, tweeting that she was "praying that truth and justice will prevail for all the innocent victims of this wicked slander."

Parliament speaker Abdul Monem Odat said, "Jordan has firmly and resolutely stopped any attempt to undermine its security and stability and sent a clear message to those who King Abdullah II describes as the opponents of Jordanian policies."

Saudi Arabia's King Salman and Crown Prince Mohammed bin Salman (MBS) both phoned Jordan's king to express their support, Saudi state media said. Israel's Defense Minister Benny Gantz said "Jordan is a neighbor and strategic ally with whom we have peaceful relations. We need to do everything necessary to maintain that alliance."

Saturday's security sweep came as Jordan prepares to mark 100 years since the new kingdom, then named Transjordan, was established alongside Palestine under British mandate. It declared independence in 1946.

But Barah Mikail, an academic at Saint Louis University Madrid and director of consulting firm Stractegia, said the country "would come off well in the face of a plot hatched against it, particularly as the kingdom's anniversary approaches."

Jordan "is very well structured in terms of intelligence and national networks, and tight control, in particular of individuals suspected of being able to harm the monarchy, is a fact," he said.