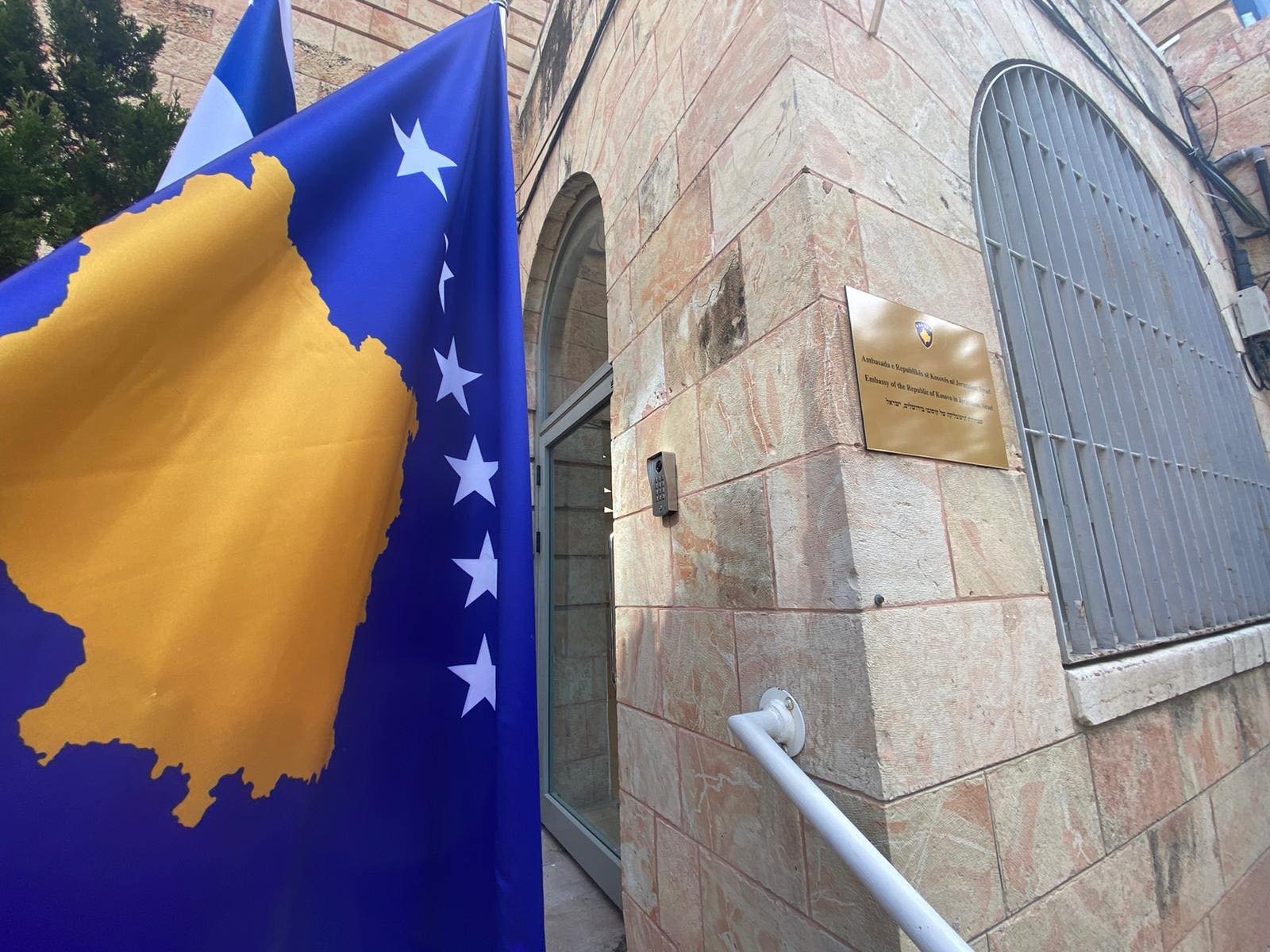 Kosovo opened its embassy to Israel in Jerusalem on Sunday, joining the United States and Guatemala as the only countries with embassies in a city whose status is at the heart of the Israeli-Palestinian conflict.

Muslim-majority Kosovo promised to locate its embassy in Jerusalem when it established diplomatic ties with Israel last year under U.S. sponsorship.

Kosovo's Foreign Ministry said on Twitter that with the embassy's opening, "the pledge given in the Oval Office today is finally fulfilled."

Israel sees its new ties with Kosovo as part of its broader normalization with Arab and Muslim countries under agreements sponsored by former U.S. President Donald Trump with the so-called "Deal of the Century" which has drawn severe criticism from countries across the globe.

Wasel Abu Youssef, a member of the executive committee of the Palestine Liberation Organization, said the opening of Kosovo's embassy in Jerusalem contradicted United Nations resolutions and aimed to "weaken the Palestinian cause".

Turkey had criticized Kosovo back in February for pledging to open an embassy in Jerusalem, saying that it violated U.N. resolutions and international law.

"Kosovo's commitment in question is in violation of international law, in particular U.N. resolutions adopted on this matter," Foreign Ministry spokesperson Hami Aksoy said in a written statement.

"We call on all countries to abide by the U.N. resolutions adopted on this matter, respect the historical and legal status of Jerusalem, and refrain from steps that will make the resolution of the Israeli-Palestinian conflict even more difficult," the foreign ministry had stated in September.

"It has been repeatedly emphasized in various U.N. resolutions that the Palestinian issue can only be solved with the establishment of an independent and sovereign Palestine state on the basis of the 1967 borders with East Jerusalem as its capital," it underlined and said any country moving its embassy to Jerusalem would be a clear violation of international law.

No date was immediately announced for a formal opening ceremony for Kosova's embassy.

On Thursday, the Czech Republic also opened a diplomatic office in Jerusalem, a branch of its embassy in Tel Aviv, a move that drew condemnation from the Palestinians and Arab League.

The status of Jerusalem is one of the thorniest obstacles to forging a peace deal between Israel and the Palestinians, who with broad international backing want East Jerusalem, captured by Israel in the 1967 Middle East war, as their capital.

Israel annexed East Jerusalem after the 1967 conflict in a move that has been rejected by the international community and the U.N.