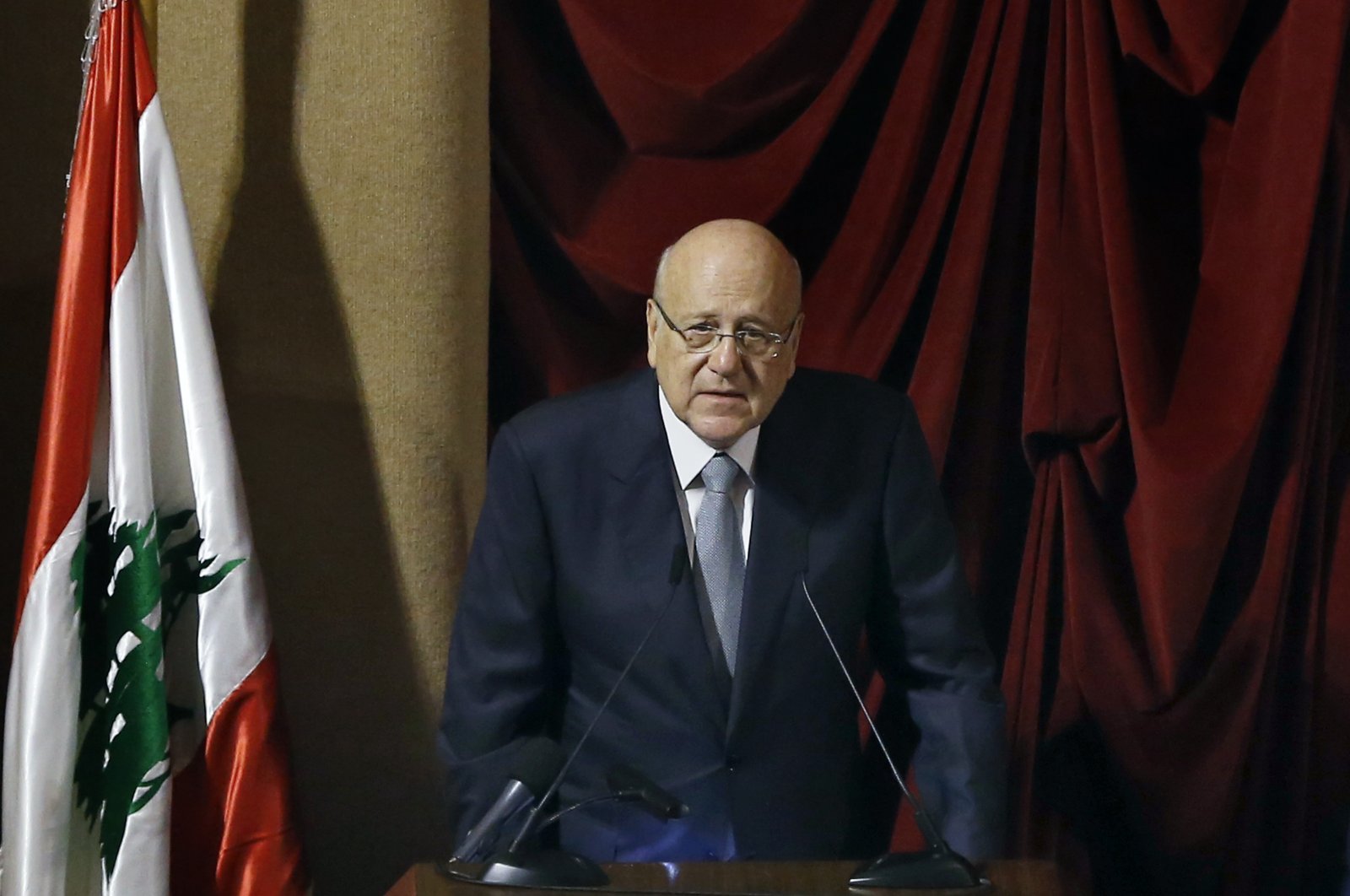 Lebanese parliamentarians gathered on Monday and confirmed Prime Minister Najib Mikati's new Cabinet after an eight-hour session that was slightly delayed due to a power outage.

After the marathon session to examine the government's action plan, 85 lawmakers present for the confidence vote approved the new ministerial lineup, while 15 voted against, according to a tally announced by Parliament Speaker Nabih Berri, as reported by Agence France-Presse (AFP).

It took some 40 minutes for the electricity to return before the session could proceed, according to the Associated Press (AP).

The incident, which underscored the deep crisis roiling the small Mediterranean country amid an unprecedented economic meltdown, was derided on social media, with some saying they were glad politicians were getting a taste of their suffering.

Lebanese have been living with electricity blackouts and severe shortages in fuel, diesel and medicine for months, forcing hospitals to reduce their operations and threatening to shut down bakeries and schools. Lines stretching several kilometers (miles) of people waiting to fill up their tanks are a daily occurrence at gas stations across the country.

The economic crisis, unfolding since 2019, has been described by the World Bank as one of the worst in the world in the last 150 years. Within months, it had impoverished more than half of the population and left the national currency in freefall, driving inflation and unemployment to previously unseen levels.

The crisis is rooted in decades of corruption and mismanagement by a political class that has ruled the country since the end of Lebanon's 15-year civil war in 1990.

A new government headed by billionaire businessperson Najib Mikati was finally formed earlier this month after a 13-month delay, during which politicians bickered about government portfolios at a time when the country was sliding deeper into financial chaos and poverty.

The new government is expected to undertake critically needed reforms, as well as manage public anger and tensions resulting from the planned lifting of fuel subsidies by the end of the month. Lebanon’s foreign reserves have been running dangerously low, and the central bank in the import-dependent country has said it was no longer able to support its $6 billion subsidy program.

The government is also expected to oversee a financial audit of Lebanon's central bank and resume negotiations with the International Monetary Fund for a rescue package.

Few believe that can be done with a government that leaves power in the hands of the same political parties that the public blames for corruption and mismanagement of Lebanon’s resources.

Lawmakers began debating the new government’s policy statement before a vote of confidence was held on Monday evening – a vote which Mikati's proposed Cabinet expected to win with the support from majority legislators.

Mikati, one of Lebanon’s richest businesspeople who is returning to the post of prime minister for the third time, pledged to get to work immediately to ease the day-to-day suffering of the Lebanese.

“What happened here today with the electricity outage pales in comparison to what the Lebanese people have been suffering for months,” Mikati told lawmakers after power returned and the session got underway.

He pledged to resume talks with the International Monetary Fund for a rescue package and said that starting talks with lenders on restructuring the country’s debt, reforms in the banking sector and closing illegal border crossings would be among his government's priorities.

At one point, Lebanon's Parliament Speaker Nabih Berri interrupted Mikati, suggesting he not read his entire policy statement as it was not clear how long the electricity would stay on.

The session was being held at a Beirut theater known as the UNESCO palace so that parliament members could observe social distancing measures imposed over the coronavirus pandemic.

“What can I say, it’s a farce,” lawmaker Taymour Jumblatt, the son of Druze leader Walid Jumblatt, said when asked about the electricity outage.

“It is not a good sign,” said lawmaker Faisal Sayegh. “We need to light up this hall, to say to people that we can light up the country.”