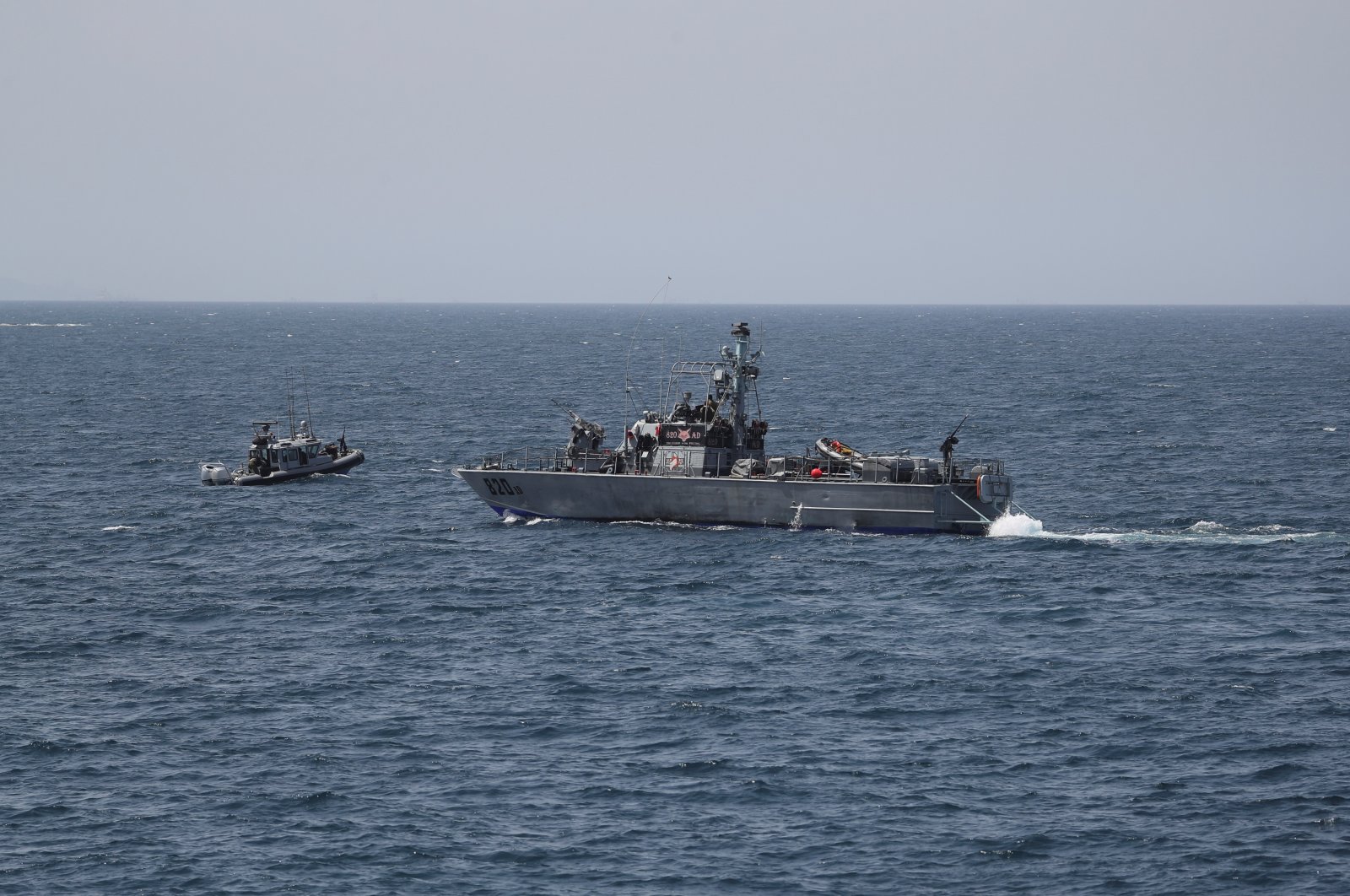 Israeli Navy boats are seen in the Mediterranean Sea as seen from Rosh Hanikra, close to the Lebanese border, northern Israel May 4, 2021. (Reuters Photo)
by French Press Agency - AFP May 04, 2021 12:24 pm
RECOMMENDED

U.S.-mediated talks on the disputed maritime border between Lebanon and Israel resumed on Tuesday after a monthslong hiatus, in efforts to clear the way for offshore oil and gas exploration.

The talks, between countries still technically at war, kicked off at the United Nations base in the town of Naqoura in southern Lebanon, National News Agency said.

Washington said Friday they were to be brokered by U.S. diplomat John Desrocher and called the resumption of talks "a positive step towards a long-awaited resolution."

But those talks stalled after Lebanon demanded a larger area, including part of the Karish gas field, where Israel has given exploration rights to a Greek firm.

The talks last year were supposed to discuss a Lebanese demand for 860 square kilometers (330 square miles) of territory in the disputed maritime area, according to a map sent to the United Nations in 2011.

But Lebanon then said the map was based on erroneous calculations and demanded 1,430 square kilometers more further south, including part of Karish.

"The discussion will start from where we left it off," a source at the Lebanese presidency told Agence France-Presse (AFP) on Tuesday.

He said both Israel and Lebanon had demanded a different demarcation line.

"We don't accept the line they've proposed, and they don't accept ours, so we'll see what the mediator suggests."

In February 2018, Lebanon signed its first contract for offshore drilling for oil and gas in Blocks 4 and 9, with a consortium comprising energy giants Total, ENI and Novatek.

Lebanon in April said initial drilling in Block 4 had shown traces of gas but no commercially viable reserves.

Lebanon's government stepped down after a massive blast at Beirut's port in August 2020, but deeply divided politicians have been unable to form a new Cabinet ever since.

Lebanese politicians hope that commercially viable hydrocarbon resources off Lebanon's coast could help lift the debt-ridden country out of its worst economic crisis in decades.