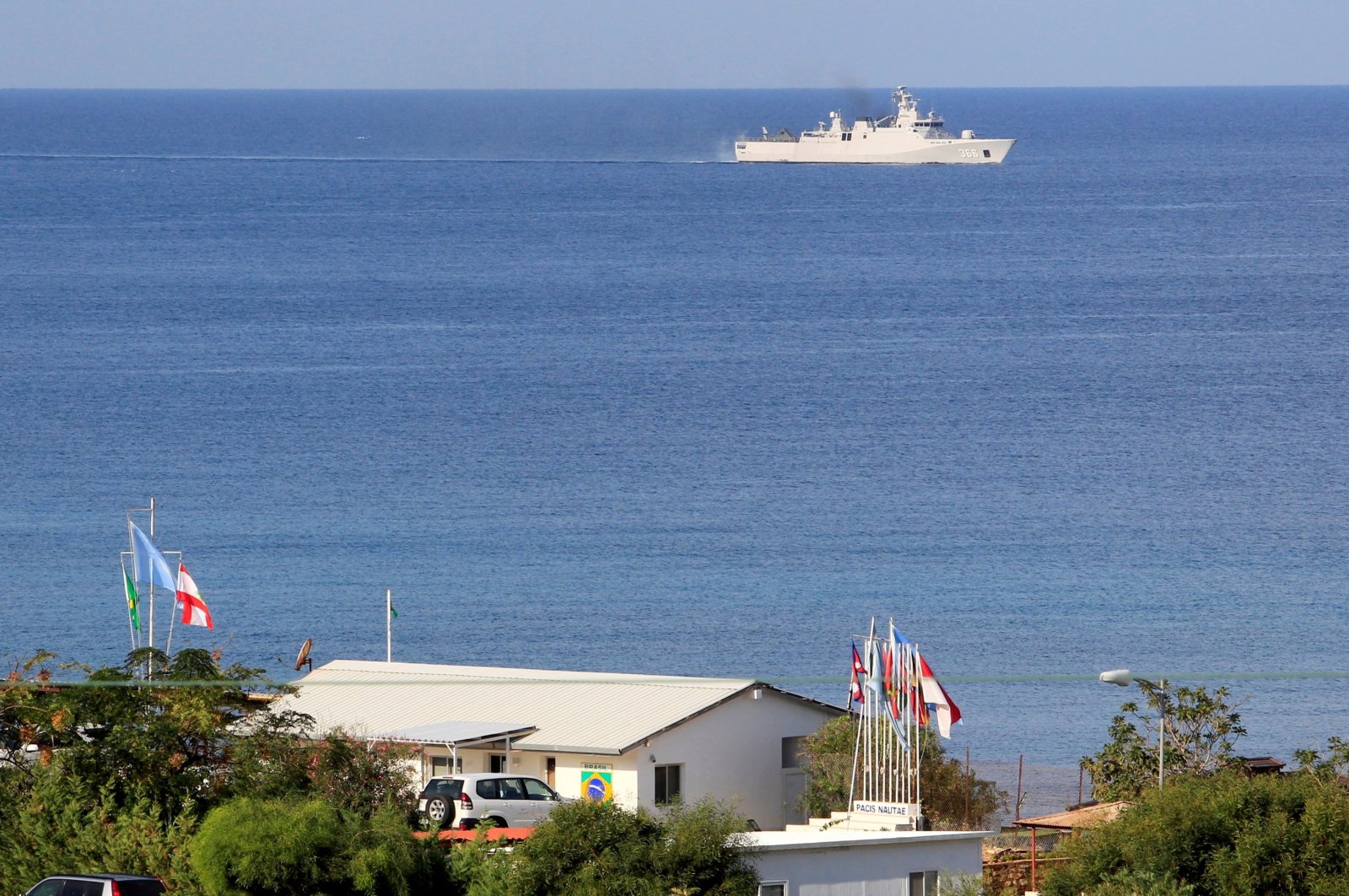 A base for United Nations peacekeepers of the U.N. Interim Force in Lebanon (UNIFIL), in Naqoura near the Lebanese-Israeli border, southern Lebanon, Nov. 11, 2020. (Reuters Photo)
by French Press Agency - AFP Apr 15, 2021 5:00 pm
RECOMMENDED

Lebanese President Michel Aoun is urging Israel to cease all exploration in an offshore gas field on its southern line as a dispute over their common maritime border continues.

The countries, which are still technically at war, last year took part in indirect U.S.-brokered talks to discuss demarcation to clear the way for offshore oil and gas exploration. But those talks stalled after Lebanon demanded a larger area, including part of the Karish gas field, where Israel has given a Greek firm rights for exploration.

"Lebanon is within its rights to evolve its position," Aoun told visiting U.S. envoy David Hale Thursday, asking for "international experts" to weigh in on the issue. He called for a "commitment to not carrying out any oil or gas activities and not starting any exploration in the Karish field and its adjacent waters" until the matter was settled, the presidency said.

The talks last year were supposed to discuss a Lebanese demand for 860 square kilometers (330 square miles) of territory in the disputed maritime area, according to a map sent to the United Nations in 2011. But Lebanon then said the map was based on erroneous calculations and demanded 1,430 square kilometers (552 square miles), more territory further south, including part of Karish.

Lebanon's outgoing public works minister this week signed a draft decree cementing Lebanon's demand for the larger area. Aoun, the caretaker prime minister and the outgoing defense minister still have to sign it before Lebanon sends it to the U.N. to make its new demand official.

For his part, Hale on Thursday said the U.S. was ready to continue brokering Israel-Lebanon talks "on the basis on which we initiated these discussions," appearing to reject the Lebanese move towards demanding a larger area.

The U.S. envoy's visit comes as Lebanon's top politicians have for months argued over the composition of a new cabinet to launch reforms and unlock financial aid to lift the country out of its worst economic collapse in decades.

"The time to build a government, not block it, is now," Hale said. "Those who continue to obstruct progress on the reform agenda jeopardize their relationship with the United States and our partners and open themselves up to punitive actions."

Hezbollah is black-listed by Washington, but it is also a powerful political player in Lebanon with seats in parliament. Lebanon's government stepped down after a massive blast at Beirut's port in August 2020, but deeply divided politicians have been unable to form a new cabinet ever since.