Lebanon's PM-designate Hariri steps down after months of deadlock 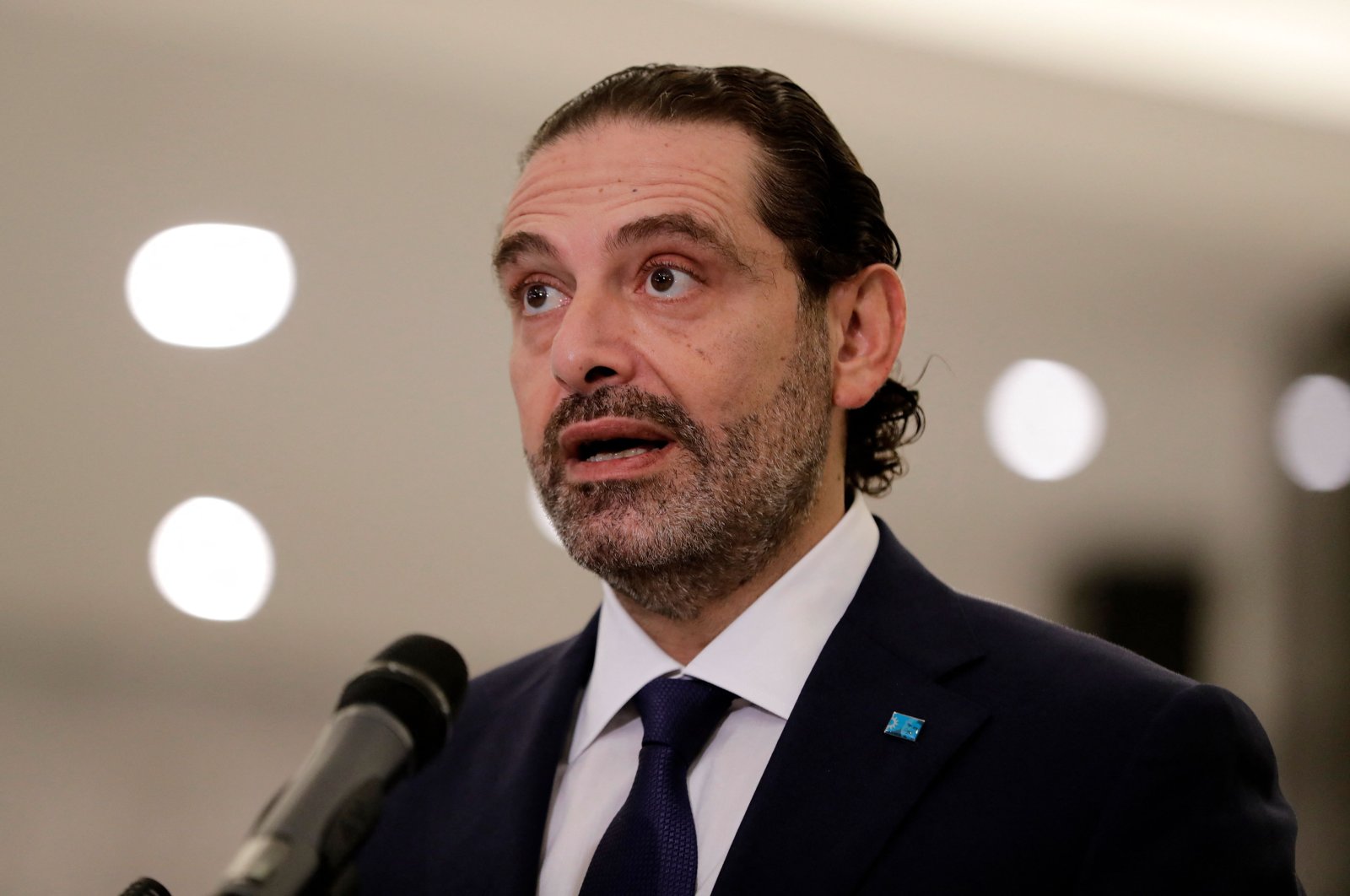 Former Lebanese Prime Minister Saad Hariri delivers a statement after the president named him to form a new cabinet, at the presidential palace in Baabda, east of the capital Beirut, Lebanon, Oct. 22, 2020. (AFP Photo)
by ASSOCIATED PRESS Jul 15, 2021 4:42 pm
RECOMMENDED

Lebanon's Prime Minister-designate Saad Hariri said Thursday he was stepping down after failing to form a government for nearly nine months.

The development is likely to plunge the country further into chaos and uncertainty. Lebanon is going through an unprecedented economic crisis, described by the World Bank as one of the worst in the world in 150 years.

"It is clear that we will not be able to agree with the president,” Hariri said, after a 20 minute meeting with President Michel Aoun.

Hariri met Wednesday with Aoun after weeks of a stalemate in renewed efforts to resolve the political deadlock and following a quick trip to Cairo, a close ally. He proposed a new 24-minister Cabinet and said he expected a response from Aoun by Thursday. There were reports this was a last-ditch effort by Hariri.

Hariri, 51, resigned from his post in October 2019 in a bow to nationwide protests which had demanded major reforms and condemned the entire political class.

A year later, he was named once again to the post by parliament amid a crippling economic crisis and months after the massive Aug. 4 explosion in Beirut's port that compounded the country’s woes. More than 200 people died in the blast that defaced the city and injured thousands. An investigation continues into what caused it.

But since Hariri was again named premier-designate, a power struggle has emerged between him on one side and Aoun and his son-in-law, Gebran Bassil, who heads the largest bloc in parliament, on the other. The top leaders locked horns over the shape of the government while the country’s economic problems, unfolding since late 2019, worsened.

The disagreement was over who has more clout over the next Cabinet, which would oversee critical reforms and elections. The two sides have since been trading blame over who was responsible for the deadlock.

"I excused myself from forming the government. God help the country,” Hariri said, before walking away. He is to speak to a local TV station later Thursday. Regional and international mediation has failed to bridge the differences between the two sides.

European Union foreign policy chief, Josep Borrell, said during a visit to Lebanon last month that a power struggle and a case of strong mistrust is at the heart of the fight between the political leaders. It is not clear who would replace Hariri.

The country’s economic troubles have been made worse by the political bickering. The national currency, pegged to the dollar for nearly 30 years, has been in a free fall, losing more than 90% of its value since late 2019.

Immediately after news broke of Hariri’s stepping down, the Lebanese pound hit a new low, selling for 20,000 to the dollar on the black market. Lebanon’s economy has contracted by over 20% in 2020, poverty has deepened with more than 55% of the population living below the poverty line.