Megaship Ever Given that caused Suez Canal blockage heads home 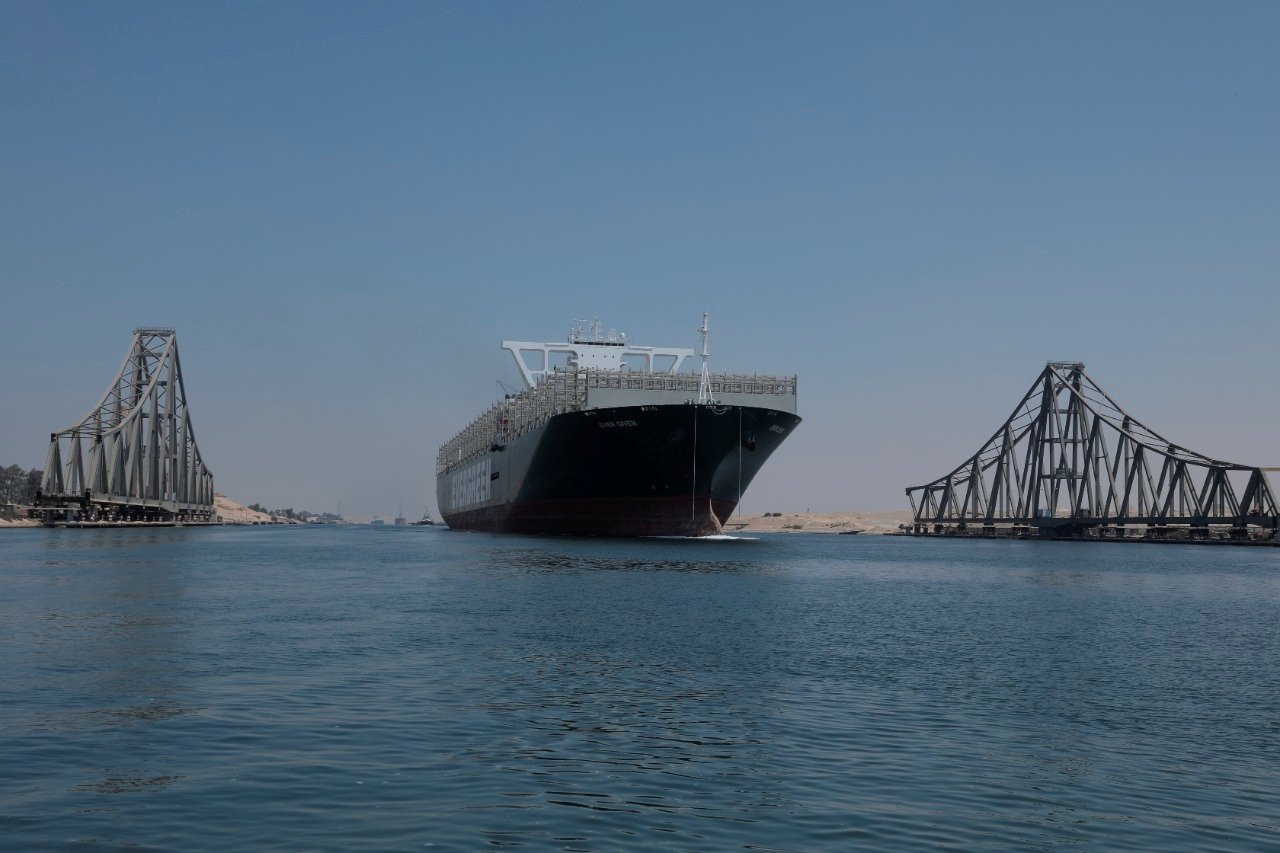 Ever Given, one of the world's largest container ships, is seen after sailing through Suez Canal in Ismailia, Egypt August 20, 2021. (Reuters Photo)
by French Press Agency - AFP Aug 21, 2021 2:34 pm
RECOMMENDED

Authorities have said the MV Ever Given, the ship that blocked the Suez Canal earlier this year, is on its way back to Asia, five months after it became wedged across the vital waterway and crippled world commerce.

The supertanker had "successfully crossed" the canal after unloading its cargo in Britain and was now on its way to China, Suez Canal Authority (SCA) chief, Osama Rabie, said Friday.

Rabie said that the vessel's passage Friday was overseen by "senior" guides of the authority.

The vessel was seen sailing in open waters accompanied by Egypt-flagged tugboats in aerial video footage posted on the SCA's Twitter account.

The Ever Given – a behemoth with a deadweight tonnage of 199,000 – got stuck diagonally across the canal during a sandstorm on March 23.

An around-the-clock salvage operation took six days to dislodge it.

After it was freed, Egypt seized the ship and demanded compensation from owners Shoei Kisen Kaisha for lost canal revenues, salvage costs and damage to the waterway.

The Taiwanese-operated vessel steamed out of the Suez last month after the Japanese owners reached a compensation deal with Egypt.

The terms of the deal were not disclosed publicly but Egypt had originally demanded more than $1 billion in compensation, which it later reduced to $550 million.

One employee of the SCA was killed during the rescue operation.

In May, Egyptian President Abdel Fattah el-Sissi approved a two-year project to widen and deepen the southern part of the waterway where the ship ran aground to avoid any repetition of the crisis.

Egypt, which takes a toll from ships traversing the canal, said the crisis cost it as much as $15 million per day, while maritime insurers estimated the hit to world trade to be in the billions.

Last month, the SCA's Rabie said the canal netted Egypt a record $5.84 billion in the last tax year, despite the impact of the coronavirus pandemic on world trade plus the cargo ship's blockage.