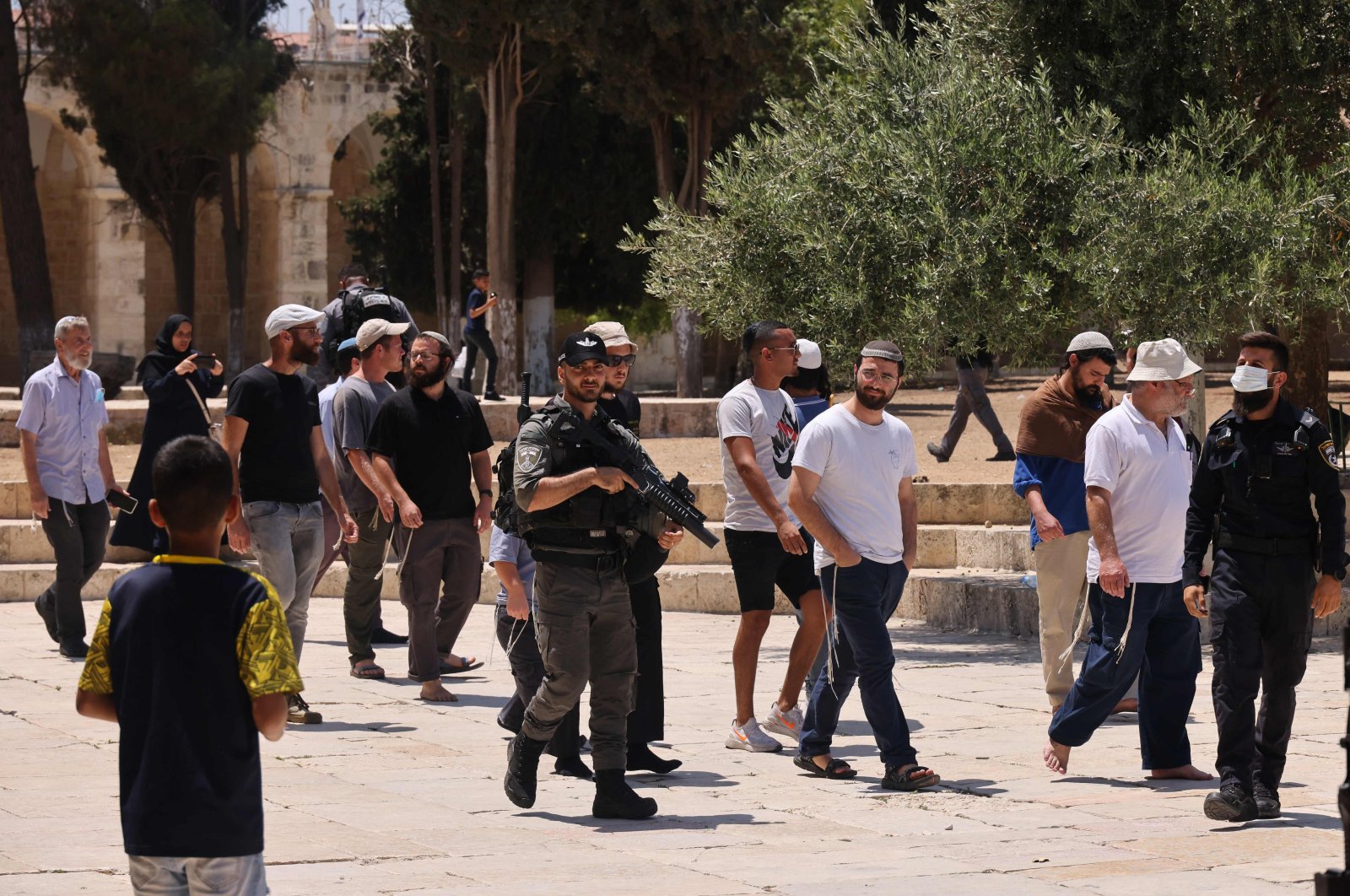 More than 1,000 Israeli settlers forced their way into the Al-Aqsa Mosque complex on Sunday, amid tension over a planned settler incursion into the flashpoint site, according to a Palestinian agency.

In a statement, the Islamic Endowment Department in Jerusalem said that 1,210 settlers broke into the complex through its Israeli-controlled Al-Mughrabi Gate, southwest of the mosque, and performed their rituals inside. According to eyewitnesses, groups of settlers attempted to storm the complex through the Bab Huta Gate and King Faisal Gate but were confronted by Palestinian worshippers.

Earlier Sunday, Israeli forces shut all entrances and gates to the Al-Aqsa complex. Israeli settler groups have called on supporters to force their way into the Al-Aqsa complex in large numbers on Sunday to mark what they call the "destruction of the temple” in ancient times.

The so-called Sovereignty Movement in Israel is also preparing to organize a march for settlers around the walls of the Old City of Jerusalem on the same day.

On Saturday, hundreds of settlers staged a march in occupied East Jerusalem ahead of their planned incursions on Sunday.

Israel occupied East Jerusalem, where al-Aqsa is located, during the 1967 Arab-Israeli war. It annexed the entire city in 1980, in a move never recognized by the international community.

On Sunday, the Palestinian Authority (PA) denounced settler incursions into the Al-Aqsa Mosque complex in occupied East Jerusalem as a "dangerous Israeli escalation.”

The Israeli government "is tampering with the security and stability of the region, and is dragging the region into a religious war," PA spokesman Nabil Abu Rudeineh said in a statement cited by the official WAFA news agency. He termed the Israeli practices in occupied Jerusalem as a "defiance to the Palestinian people and disregard of international positions, especially the American position," which demand Israel to preserve the status quo in East Jerusalem.

Meanwhile, the criticism over incursions came from Jordan. "The Israeli acts against Al-Aqsa Mosque are rejected and condemned, and constitute a violation of the historical and legal status quo and of international law," Foreign Ministry spokesman Daifallah al-Fayez said in a statement.

According to the spokesman, Amman has sent an official letter of protest to Israel demanding a halt of Israeli violations and provocations against the sanctity of the mosque.

"Al-Aqsa Mosque complex is purely a Muslim worship site and that the Jordan-run Islamic Waqf Department is the exclusive body to oversee the site,” he added.