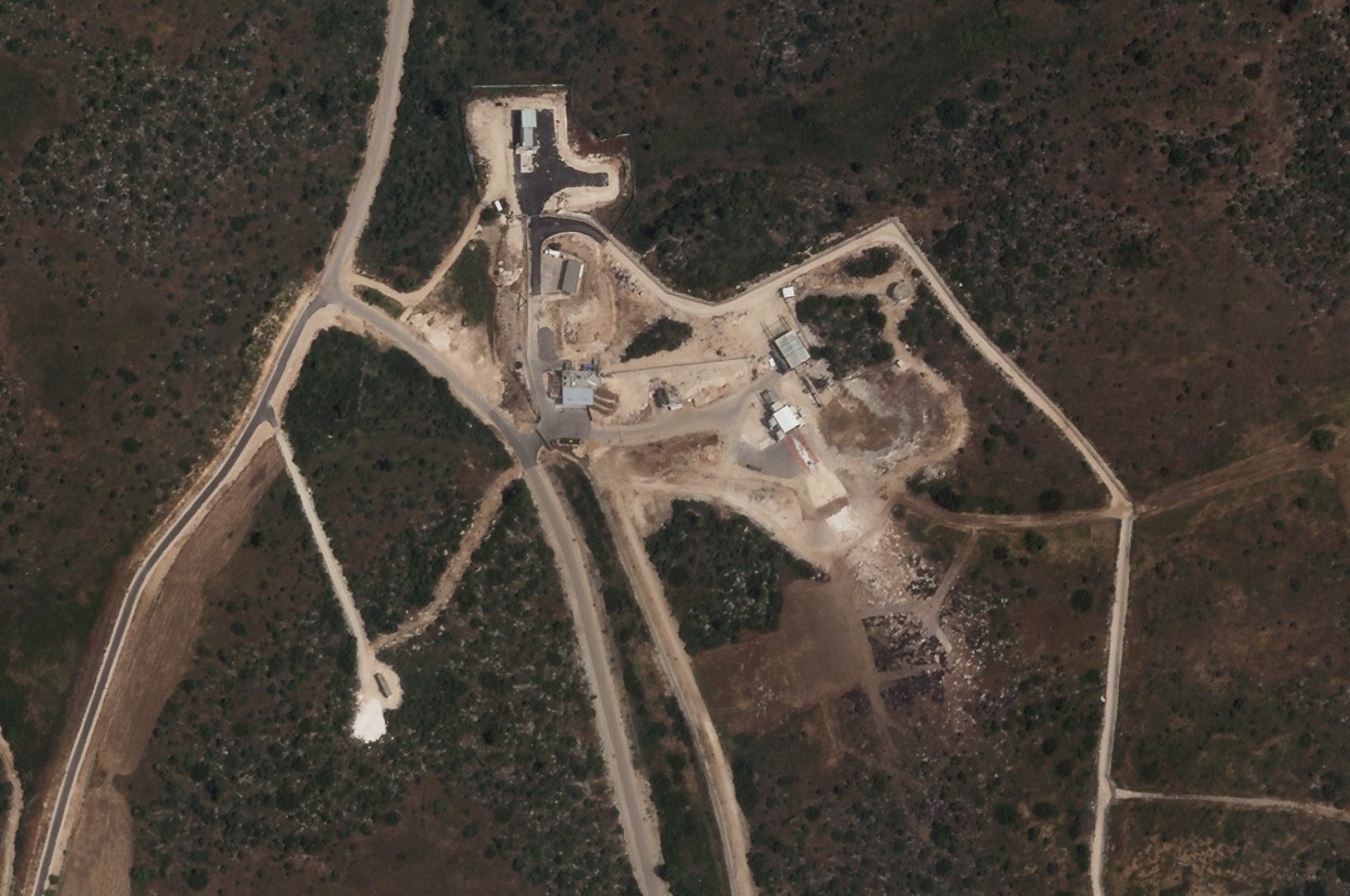 Amid rising tensions between Israel and Iran with a flurry of sabotage claims flying across borders, a mysterious blast was heard in central Israel last week, and analyst reports and satellite images indicate that the shockwave originated from a rocket engine test as part of Israel's missile program, conducted at a secretive military base.

Video of the incident at Sdot Micha Air Base circulated online last week. Iranian state media seized on it amid its tensions with Israel after a series of attacks targeting its nuclear program and amid negotiations in Vienna over its tattered atomic accord.

However, the smoke and flames filmed April 20 appear to be from a rocket engine test, said Jeffrey Lewis, an expert at the James Martin Center for Nonproliferation Studies at the Middlebury Institute of International Studies, who located the site with others.

Lewis said the image compared to others of similar tests he and experts have extensively studied. Satellite photos taken by Planet Labs Inc. and analyzed by The Associated Press (AP) of a known rocket test stand at Sdot Micha showed char marks and foliage burned away at the site after April 20.

However, the surrounding buildings bore no signs of damage. The location also mirrored details of the video posted to social media. The Israeli Defense Ministry did not immediately respond to questions from the AP.

Tomer, an Israeli government-owned company, told the AP on Sunday the blast came from "a conventional, controlled test in accordance with the working plan.” The incident came just after Israel and the U.S. announced in February they would begin work on a new generation of interceptor missiles called the Arrow-4.

Tomer declined to comment on whether the test involved the Arrow. Israel hopes to replace its Arrow-2 missiles with the Arrow-4. The missiles, fired out of canisters, intercept and destroy ballistic missiles. The Arrow missiles are key to Israel's defense from the ballistic missile program of Iran, Israel's regional archenemy.

In a February statement, Israeli Defense Minister Benny Gantz said the Arrow-4 would provide Israel with a "technological and operational leap forward, preparing us for the future battlefield and evolving threats in the Middle East and beyond.”

The air base, some 35 kilometers (21 miles) southeast of Tel Aviv, includes a system of bunkers and underground facilities, some built with assistance from the U.S. government. Defense analysis firm Janes believes the air base also is home to Israel's nuclear weapon-capable Jericho ballistic missiles.

Under its policy of nuclear ambiguity, Israel neither confirms nor denies having atomic weapons though it is widely believed to possess them.