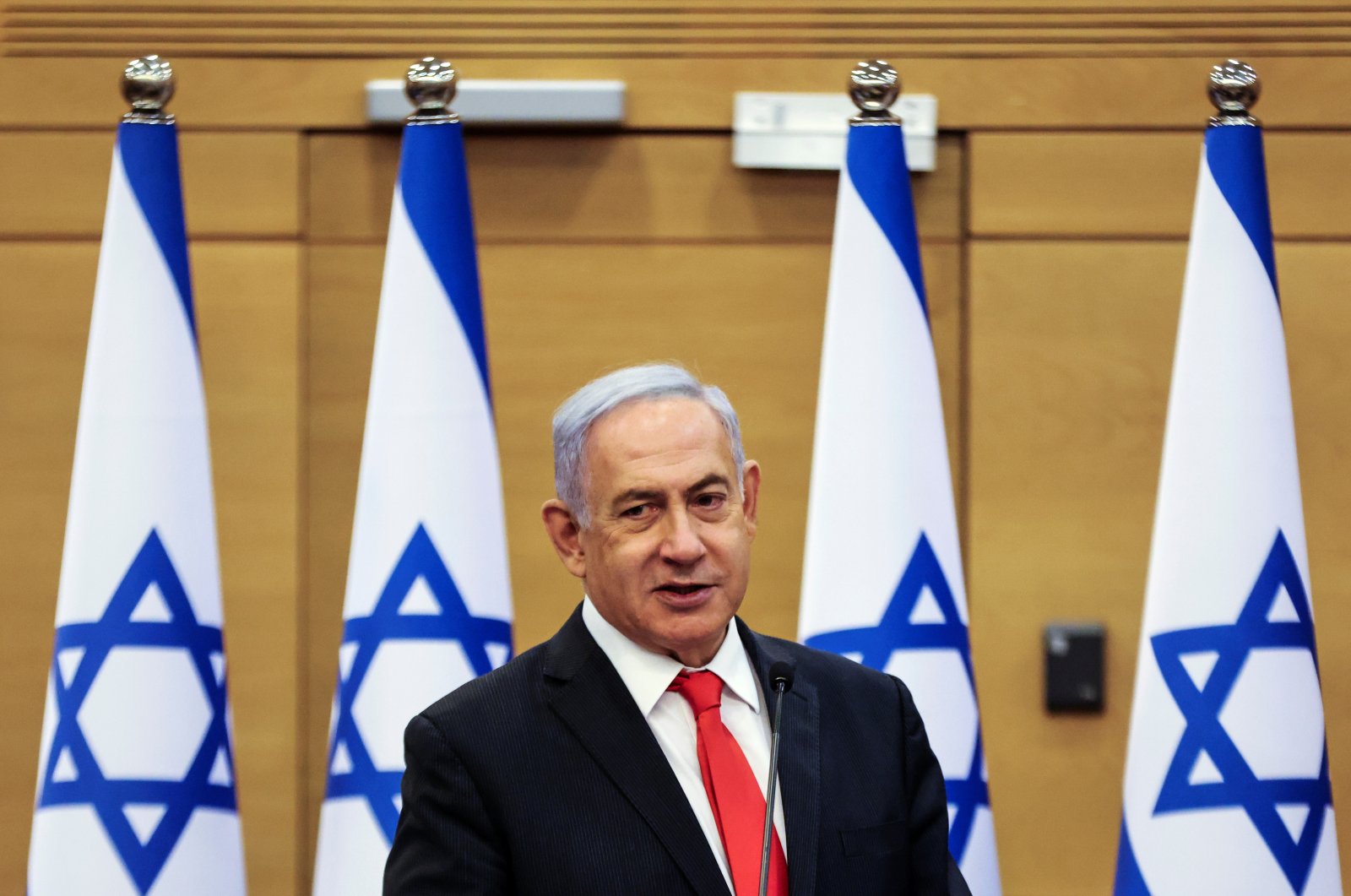 Leader of Israeli opposition Benjamin Netanyahu speaks during a meeting with his Likud party at the Israeli Parliament, in West Jerusalem, Israel, June 14, 2021. (Reuters Photo)
by ASSOCIATED PRESS Jul 11, 2021 3:53 pm

Nearly a month after former Prime Minister Benjamin Netanyahu was ousted from office with the formation of an alternate Israeli government, he and his family vacated the prime minister's official residence early Sunday.

A family spokesperson confirmed the Netanyahus left the residence on Balfour Street in West Jerusalem shortly after midnight, in line with a deadline agreed upon last month with newly inaugurated Prime Minister Naftali Bennett.

The Balfour residence had become a symbol of the Netanyahus' scandals and was the scene of weekly protests against Netanyahu for much of the past year. Demonstrators called on the then-prime minister to resign while on trial for corruption. Netanyahu has denied any wrongdoing and refused to step down.

Netanyahu was Israel's longest-serving prime minister, having held office for the past 12 years as well as a stint in the 1990s, and had occupied the residence since 2009.

Bennett has not yet announced a date for moving into the residence.