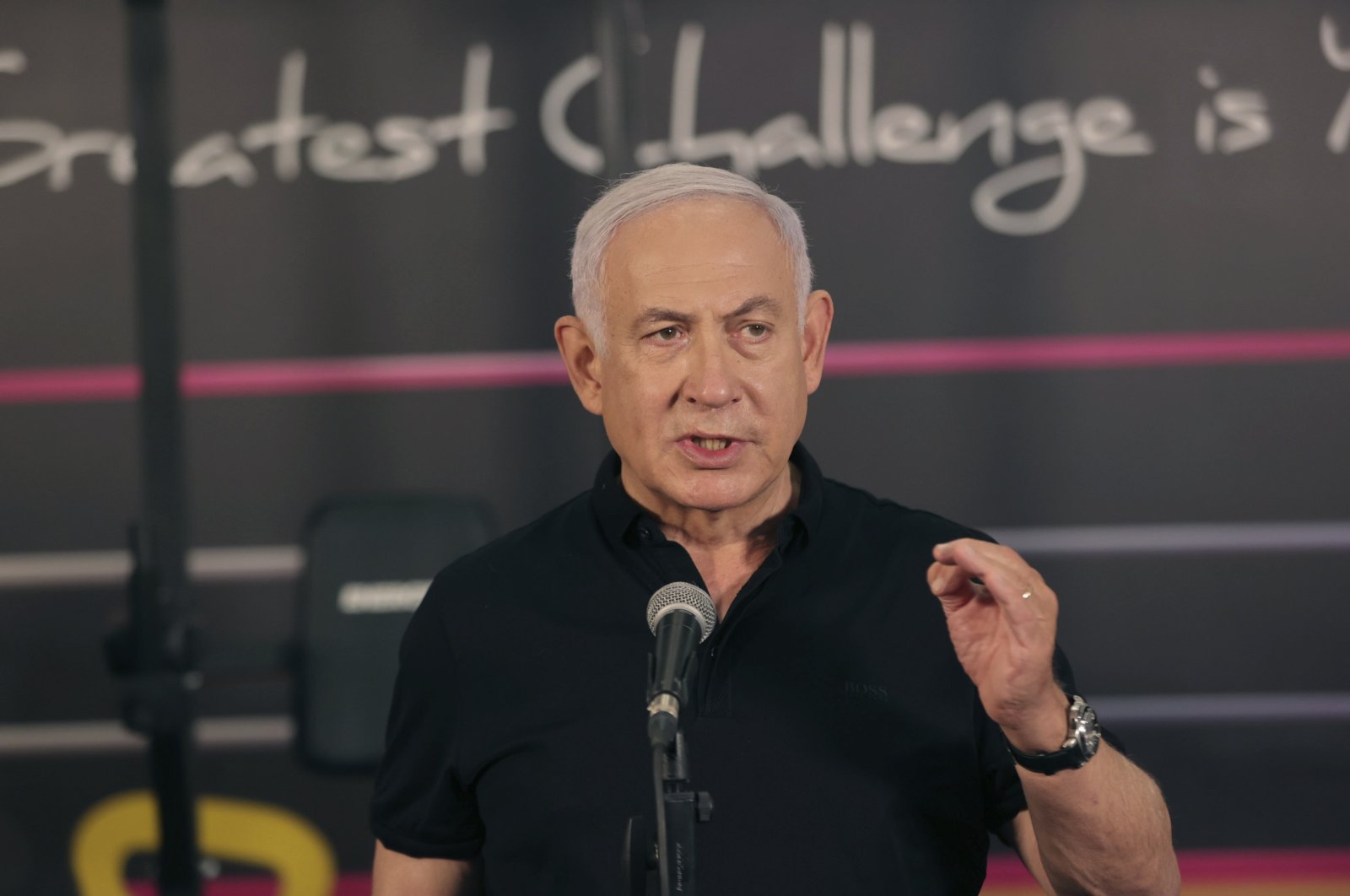 Israeli Prime Minister Benjamin Netanyahu talks to the media during a visit to the Fitness gym ahead of the re-opening of the branch in Petah Tikva, Israel, Feb. 20, 2021. (AP Photo)
by Agencies Mar 11, 2021 12:31 pm
RECOMMENDED

Israeli Prime Minister Benjamin Netanyahu’s office said it was forced to reschedule the Israeli leader’s visit to the United Arab Emirates (UAE) on Thursday, citing disagreements with the Jordanian government.

Netanyahu’s office said in a statement that "because of difficulties in coordinating his flight in Jordanian airspace the visit was postponed” until further notice.

It said the conflict stemmed from the cancellation of the Jordanian crown prince’s visit to a contested shrine in Jerusalem on Wednesday "due to a disagreement over the security and protection arrangements at the site.”

Jordan said the kingdom's Crown Prince Hussein cancelled a visit to Jerusalem's Al-Aqsa mosque to prevent Israel from undermining his first such trip to the city's holy sites. Foreign Minister Ayman Al Safadi confirmed the planned visit, which Israel earlier said had been scheduled for Wednesday but cancelled over a dispute regarding security arrangements at the site.

The Prime Minister’s Office said the historic visit, the first by an Israeli prime minister since the establishment of bilateral relations last year, would be rescheduled with Emirati authorities.

The trip was meant to cement new diplomatic ties between the Mideast nations and boost the embattled Israeli leader’s re-election hopes. Earlier in the day Netanyahu’s wife’s hospitalization cast doubt on whether the trip would take place.

Sara Netanyahu was hospitalized with an appendix infection at Jerusalem's Hadassah Medical Center. An official in the prime minister's office said that Sara Netanyahu felt unwell and was taken to Hadassah Medical Center, where she will remain hospitalized for several days. The official spoke on condition of anonymity because he was not authorized to speak to the press.

Netanyahu is locked in a tight race against a field of challengers in Israel's fourth election in two years and is sure to use the trip – 12 days before Israelis go to the polls – to his own political advantage.

The UAE became the third Arab nation after Egypt and Jordan to establish formal diplomatic ties to Israel in August. Netanyahu has cast himself as a seasoned statesman uniquely qualified to lead the nation through turbulent times. Thursday’s visit, which has been delayed several times due to coronavirus restrictions, could help him divert attention from his upcoming corruption trial and anger over the economic fallout from the coronavirus crisis.