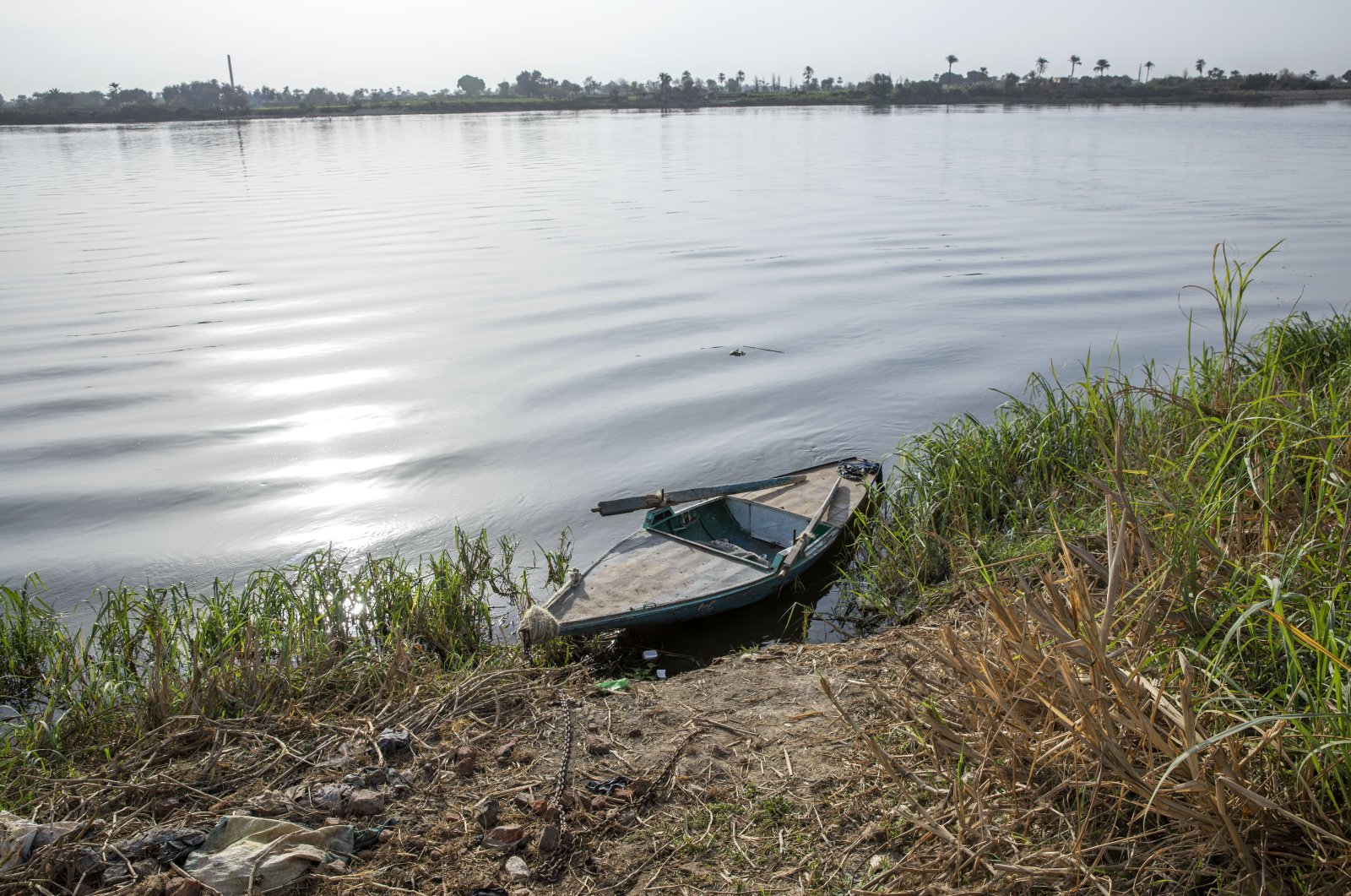 A new government system using sensors to track moisture levels has enabled farmers to save water and time in Egypt where farming consumes more than 85% of the country's share of the Nile.

The project is part of the government's 20-year plan to tackle water shortages – an issue that faces much of the world due mostly to climate change. Research shows that available freshwater is on track to decline sharply across two-thirds of Earth's land surface toward the end of the century as temperatures continue to rise.

Eman Essa took over running her husband's farm in southern Egypt after he died.

Essa, 36, said she found herself guessing when the wheat crop needed watering and would often end up either using too much water on her 2-acre plot outside Samalout city or hiring another farmer to take over the irrigation duties, she told the Thomson Reuters Foundation.

Then, in December last year, the mother of four joined the new government project that uses sensors to allow her to see exactly when the soil is dry and just how much water she needs – all from an app on her phone.

"When I first heard about the new system, I did not know exactly how it would benefit me. But when people showed me how it works, I found it really helpful and (it) would save me a lot of effort and money," she said in a phone interview.

In the few weeks since she adopted the system, Essa has been using 20% less water and her labor costs have dropped by nearly a third.

The system, developed by the Ministry of Water Resources and Irrigation and Cairo's MSA University, uses a sensor buried in the soil to measure moisture levels and a transmitter to send the data to the user, who accesses it through a mobile app.

Even if they are away from their fields, farmers can tell whether their crops need more water or have had enough.

Essa is one of dozens of farmers who have started using the new system, launched in December, in Upper Egypt's Minya governorate and in New Valley governorate in the southwest.

The project, in its pilot phase, is part of a nationwide strategy to encourage the use of modern irrigation methods, said Mohamed Ghanem, spokesperson for the water ministry.

The aim is to reduce water use, increase crop productivity and lower production costs as Egypt faces increasing water pressures, he said.

"The preliminary results indicate success in saving large quantities of water and reducing production costs," he said by phone, adding that the government is still in the process of collecting data on the project's impact.

The ministry has so far provided 200 free devices to farmers, but after the trial period ends, it will start selling them countrywide, Ghanem added, without specifying the price.

At another farm near Essa's in Minya governorate, Gerges Shoukri said combining the new mobile system with the drip irrigation he and his wife installed early last year had been a big boost.

Shoukri, 32, said he now uses 15% less water, while the quality of his vegetable crops has improved and production has jumped by about 30%.

"We have to be prepared in case of any water shortages by adopting new irrigation and agricultural methods," he said.

A 2019 report by the Egyptian Center for Strategic Studies noted that every year agriculture consumes more than 85% of the country's share of the Nile, which provides the bulk of Egypt's water supply.

Officials say Egypt currently has about 570 cubic meters (150,000 gallons) of water per person per year. Experts consider a country "water-poor" if its annual supply is less than 1,000 cubic meters per person.

In 2017, Egypt embarked on a 20-year strategy to tackle its water challenges, which experts say are becoming increasingly urgent in the face of a growing population, climate change-related drought and fears of losing much of its access to the Nile's waters.

According to Egypt's statistical agency, about 70% of the country's water comes from the Nile, which amounts to 55.5 billion cubic meters a year based on a 1959 deal with upstream Sudan.

But the deal is not recognized by Ethiopia, which has now started filling the reservoir behind its new Grand Renaissance mega-dam upstream from Egypt.

Some agricultural experts are skeptical about the effectiveness of the new mobile irrigation system, pointing to the cost and the fact that many farmers will not be familiar or comfortable with the technology.

Abbas Sharaky, an associate professor of economic geology at Cairo University, said the system could benefit large commercial farmers but would not be useful to many small-scale farmers.

"Some companies in Egypt are already starting to apply (mobile irrigation technology) in agriculture for better quality and management," he told the Thomson Reuters Foundation.

"But applying it to individuals would be difficult because they would need training and adequate resources."

Youssef El Bahwashi, an agricultural engineer who has a farm in Giza city and has not installed the new system, said many farmers do not even use mobile phones.

"With their long experience in irrigation and agriculture, they cannot be easily convinced to use a new device which will cost them money and which most probably they will not be able to deal with," he said.

Safaa Abdel Hakim, the supervisor of the project in Minya city, said the farmers who receive the devices get training on how to use them.

Essa said that, as someone who is not tech-savvy, it was quite difficult to keep up with all the changes.

But she believes that embracing new irrigation trends and evolving attitudes about water consumption will help Egypt's farmers deal with whatever comes down the line.

"Getting educated about the new technologies will not only help me better manage my land but also ... adapt to any changes in the future," she said.

This story was funded by the Thomson Reuters Foundation.