Only 10% of needed aid has reached Yemen as famine looms, UN says 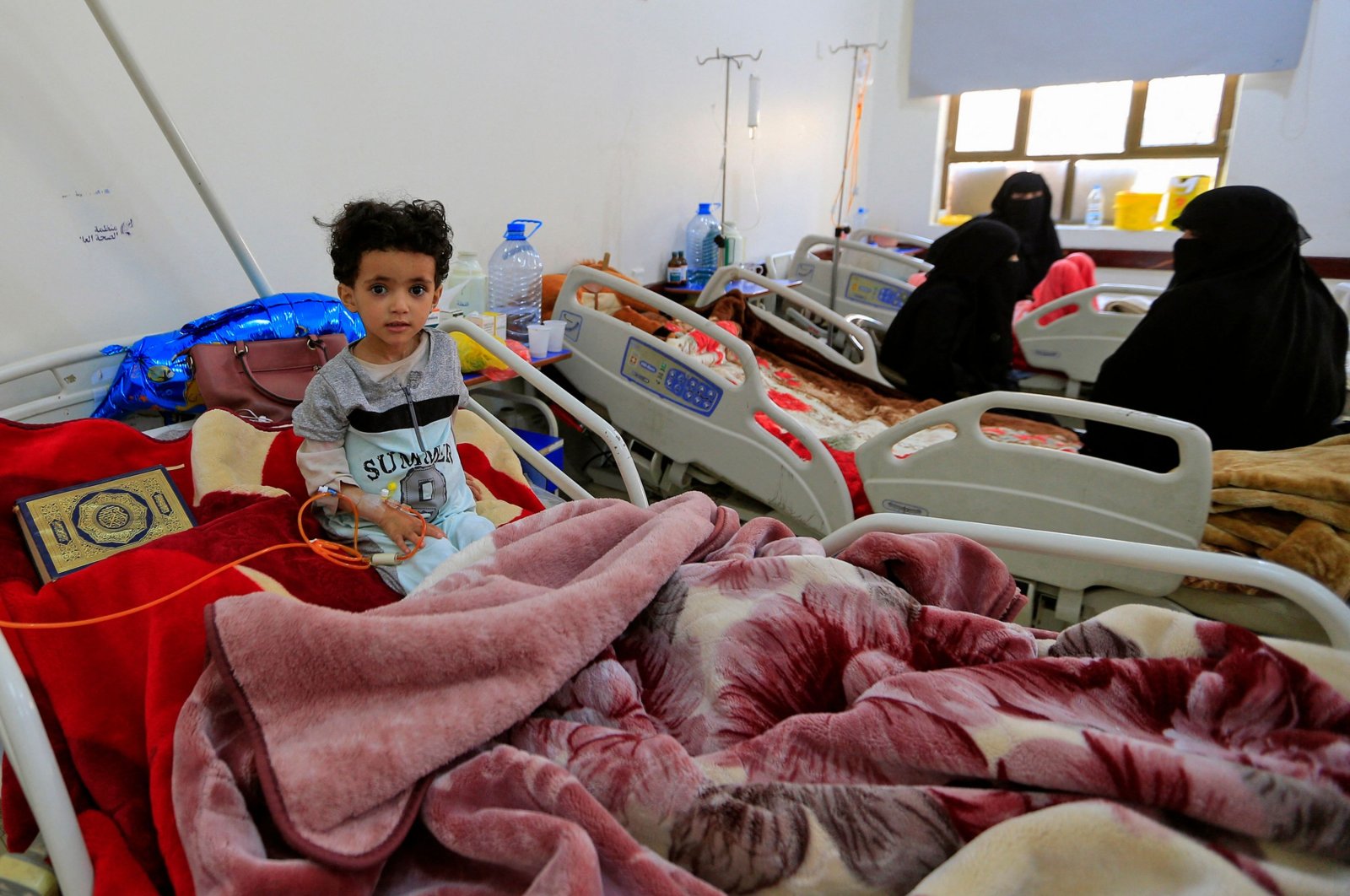 A young Yemeni cancer patient lies in bed as she receives treatment at the National Oncology Centre in the capital Sanaa, Yemen, March 3, 2021. (AFP Photo)
by Reuters Mar 17, 2021 4:59 pm
RECOMMENDED

Aid agencies have so far received only $374 million of the $3.85 billion the United Nations says is needed this year for Yemen to avert what threatens to become the world's worst famine in decades, the U.N. humanitarian office said on Tuesday.

Locked in a war for more than six years, the country is already suffering from the world's worst humanitarian crisis and the situation is at risk of deteriorating further, the U.N. Office for the Coordination of Humanitarian Affairs (UNOCHA) said.

"Yemen is approaching the point of no return. If we make the wrong choice now, Yemen will experience the worst famine the world has seen in decades," UNOCHA Yemen coordinator David Gressley said.

Agencies last year faced a severe funding shortfall which led to various programs, including food aid, being scaled back.

At a March 1 conference, donors pledged only $1.7 billion of the $3.85 billion needed in the Yemen Humanitarian Response Plan.

"To date, only $374 million has been disbursed to aid agencies," UNOCHA said.

More than 16.2 million people face hunger in 2021, including nearly 50,000 people who are already experiencing famine-like conditions, it said.

The humanitarian crisis has been exacerbated by a civil war that broke out when the Houthi movement seized control of the capital Sanaa in September 2014, forcing the then government into exile in Riyadh and Aden. In March the following year, a Saudi-led coalition intervened to try to restore Hadi's government, carrying out thousands of air raids.

Tens of thousands of people have been killed, mostly civilians.

U.S. President Joe Biden has made ending the war in Yemen a priority, and the United States and the United Nations have made renewed diplomatic efforts this year.

However, the U.N.'s Yemen envoy Martin Griffiths on Monday said the war is "back in full force," with military action intensifying on several fronts.