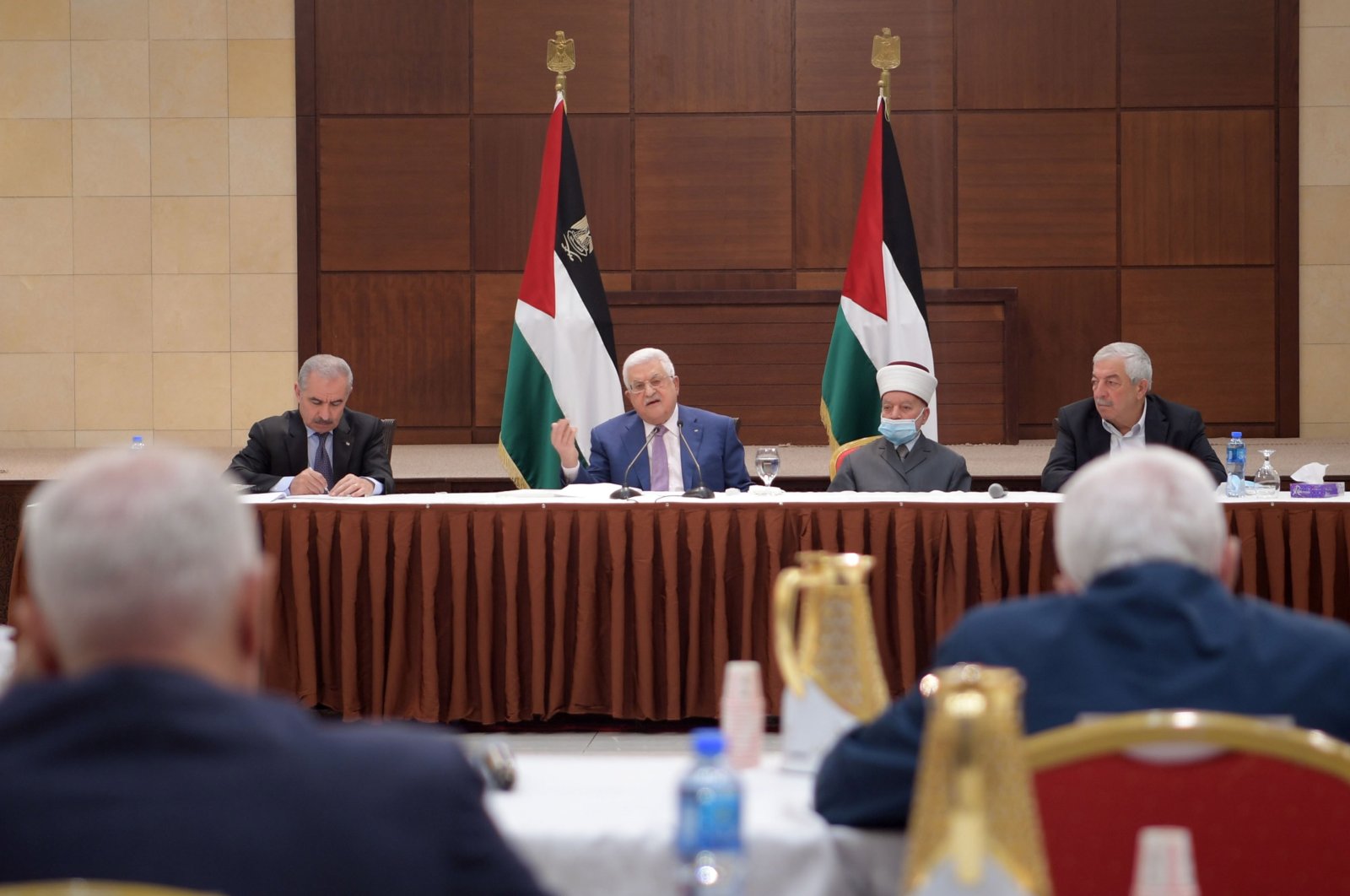 Addressing a meeting of Palestinian factions, Abbas said he has urged the international community to push Israel to allow campaigning and voting in East Jerusalem, an area annexed by the Jewish state in 1967 which Palestinians claim as their future capital.

But Abbas said the vote could not go ahead because Israel had provided no assurances regarding Jerusalem ahead of the legislative and presidential polls scheduled for May 22 and July 31, respectively.

Palestinians in the Israeli-occupied West Bank and blockaded Gaza Strip have voiced hope that elections after a 15-year wait could help repair their fractured political system.

Hamas slammed the move as a “coup." The fractured Fatah party was expected to suffer another embarrassing defeat to Hamas. But the indefinite postponement will be quietly welcomed by Israel and Western countries, which view the Islamic group as a terrorist organization and are concerned about its growing strength.

For ordinary Palestinians, the delay leaves a long-entrenched political leadership in place that has failed to advance their hopes for statehood, heal the bitter rift between Fatah and Hamas or lift the blockade on the Gaza Strip. Presidential elections planned for July also appeared to be on hold.

Abbas insisted elections could not be held without the full participation of Palestinians in East Jerusalem. Israel has yet to say whether it would allow voting by mail there as in past elections and has enforced a ban on Palestinian Authority activities, including campaign events.

The fate of East Jerusalem, home to holy sites sacred to Jews, Christians and Muslims, is one of the most sensitive issues in the decades-long Israeli-Palestinian conflict.

But delaying the elections over Jerusalem could also be seen as a pretext because only a small number of voters in the city would actually require Israel's permission. Abbas' rivals had suggested workarounds so as not to give Israel an effective veto over elections.

Abbas said the Palestinian Authority has repeatedly sought assurances from Israel and has called on the European Union to exert pressure, to no avail. He said it received a letter from Israel on Thursday saying it could not take a position on the elections because it does not yet have a government following its own elections last month – the fourth in two years.

Hamas had been expected to perform well in the May 22 parliamentary elections because of widening divisions within Fatah, which split into three rival lists. The group condemned the delay, saying the decision “doesn’t agree with the national consensus and popular support and is a coup.”

Prior to the announcement, Hamas had issued a statement saying the Palestinians should explore ways of “forcing the elections in Jerusalem without the permission of or coordination with the occupation.”

Israel has not said whether it will allow voting in East Jerusalem but has expressed concern about Hamas' growing strength. Israel and Western countries would likely boycott any Palestinian government that includes the group.

The day after President Joe Biden exhorted Americans to “prove that democracy still works" in an address to Congress, his State Department distanced itself from the Palestinian vote.

"The decision to postpone the planned Palestinian elections, including the legislative elections originally scheduled for 22 May, is deeply disappointing," Borrell said in a statement.

"We strongly encourage all Palestinian actors to resume efforts to build on the successful talks between the factions over recent months. A new date for elections should be set without delay."

"We reiterate our call on Israel to facilitate the holding of such elections across all of the Palestinian territory, including in East Jerusalem," Borrell said.

He called for "calm and restraint from all actors at this sensitive time".

"We firmly believe that strong, inclusive, accountable and functioning democratic Palestinian institutions based on respect for the rule of law and human rights are vital for the Palestinian people, for democratic legitimacy and, ultimately, for the two-state solution," he added.

According to interim peace agreements reached in the 1990s – which were rejected by Hamas – some 6,000 Palestinians in East Jerusalem submit their ballots through Israeli post offices. The other 150,000 can vote with or without Israel's permission.

Fatah says the elections cannot be held without Israel giving express permission for East Jerusalem residents to vote. Its opponents have called for creative solutions, such as setting up ballot boxes in schools or religious sites.

But Abbas appeared to rule that out, joking that the Palestinians would not vote in “the Hungarian Embassy.”

The dispute has taken on greater import since the start of the holy month of Ramadan, as Muslim protesters have clashed with Israeli police over restrictions on gatherings.

The elections, and a presidential vote planned for July 31, offered a rare opportunity for the Palestinians to empower a new leadership and potentially chart a different course in their long, stalled struggle for independence.