Palestinians plan to call off elections over East Jerusalem voting 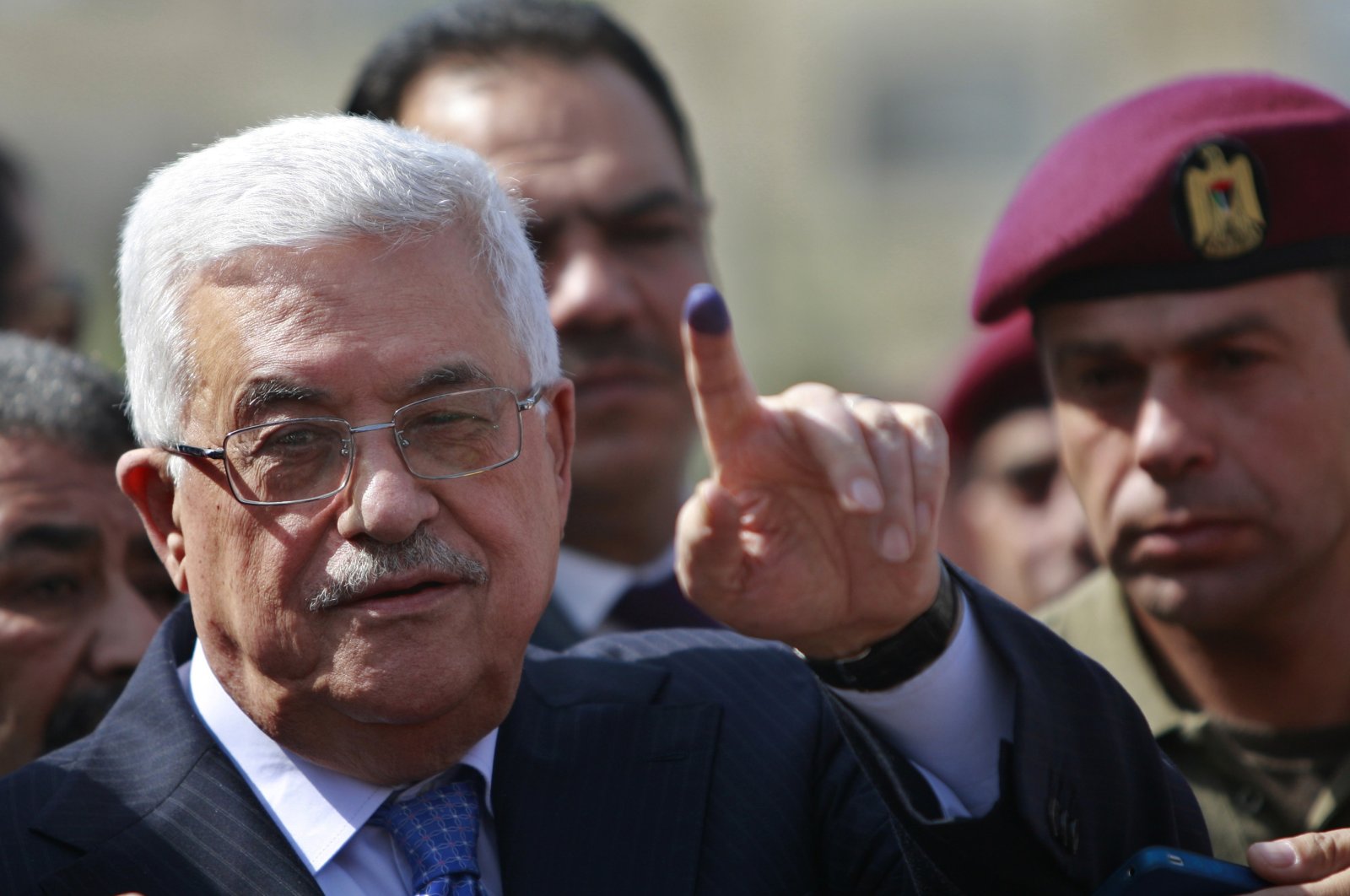 Palestinian President Mahmoud Abbas shows his ink-stained finger after casting his vote during local elections, at a polling station in the West Bank city of Ramallah, Oct. 20, 2012. (AP Photo)
by ASSOCIATED PRESS Apr 27, 2021 11:22 am
RECOMMENDED

The Palestinian Authority (PA) plans to call off its first elections in 15 years over Israel's refusal to allow voting in East Jerusalem, Egyptian officials said.

The decision would effectively grant Israel a veto over the holding of elections, though President Mahmoud Abbas could also benefit from the canceling of a vote in which his fractured Fatah party is expected to lose power and influence to Hamas.

An Egyptian diplomat and an intelligence official said they had been briefed on the decision, which will be announced Thursday at a meeting of Palestinian factions. They said Egypt is in talks with Israel to reach a compromise to allow the vote but those efforts have so far failed.

The two spoke late Monday on the condition of anonymity to discuss the closed-door talks.

The intelligence official said Hamas wants the elections to go ahead but that no faction wants to proceed without guarantees from the international community that voting will be held in East Jerusalem. The official said the factions are discussing the formation of a unity government instead that would include Hamas.

The official was not authorized to talk to reporters and spoke on the condition of anonymity.

The Palestinian Election Commission says 6,000 voters in East Jerusalem would need to submit their ballots through Israeli post offices in accordance with past agreements, while the other 150,000 could vote with or without Israeli permission.

The small number of voters who require Israeli permission are unlikely to have a decisive impact on the vote, but their participation is seen as symbolically important for maintaining Palestinian claims to East Jerusalem. Israel has not said whether it will allow them to vote.

They also provide a pretext for Abbas to cancel a parliamentary election that his Fatah movement is expected to lose badly. Fatah has split into three rival lists, paving the way for Hamas to emerge as the biggest party in parliament.

Israel and the international community would also quietly welcome delaying or canceling the vote. Hamas' landslide victory in the 2006 parliamentary elections sparked a crisis that culminated with the group seizing Gaza from Abbas' forces and confining his authority to parts of the occupied West Bank.

Israel occupied East Jerusalem, along with the West Bank and Gaza, in the 1967 war. The Palestinians want all three territories for their future state and view East Jerusalem as their capital.

Israel annexed the eastern sector of the city in a move not recognized internationally. It considers all of Jerusalem to be its capital and bars the Palestinian Authority from operating there. The city's fate has been one of the thorniest issues in the peace process, which ground to a halt more than a decade ago.

Tensions have flared in Jerusalem in recent days as Israeli police have clashed with Muslim worshippers over restrictions on gatherings during the holy month of Ramadan.