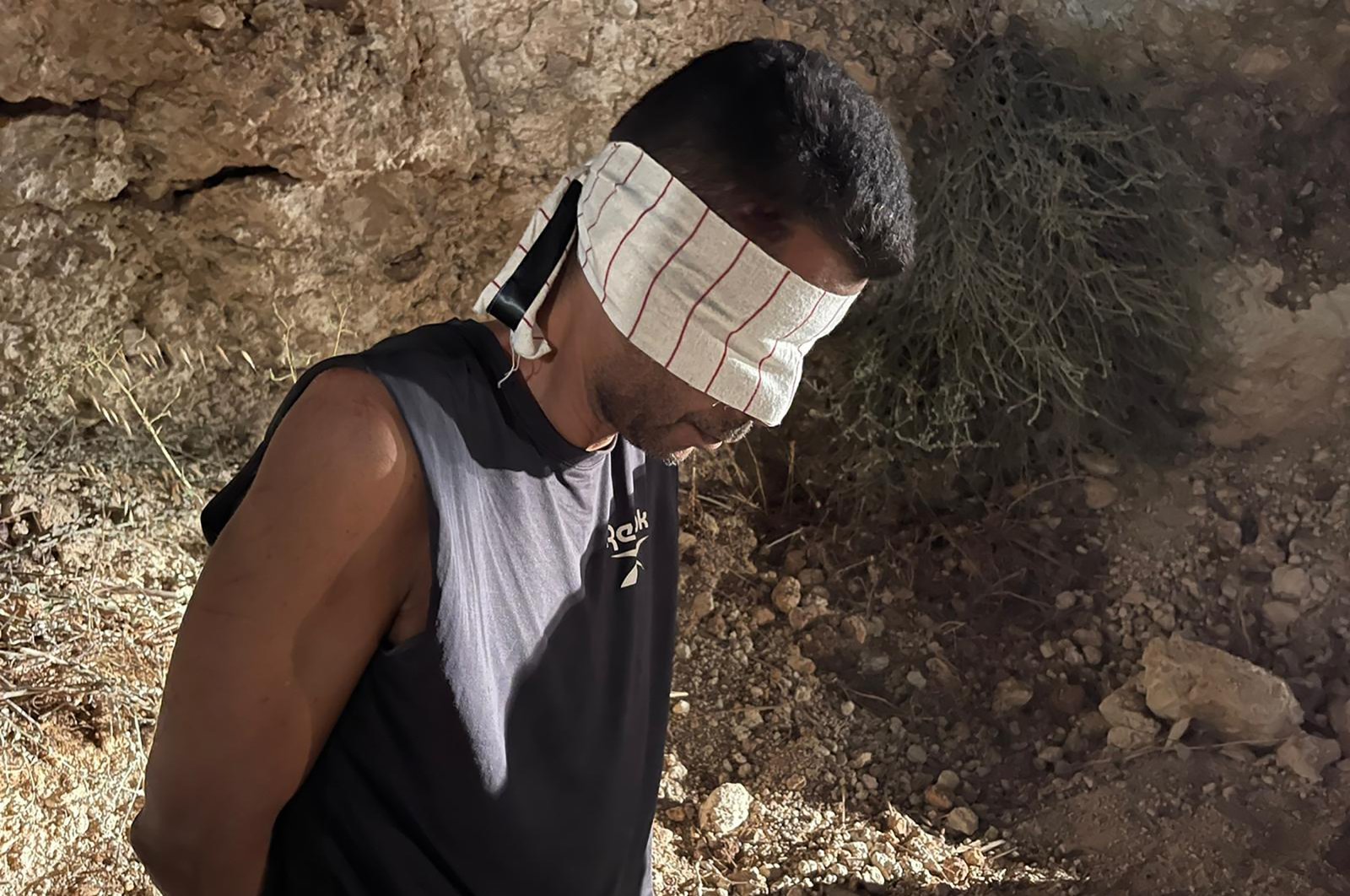 Zakaria Zubeidi, one of the six Palestinians who escaped from a high-security prison earlier this week, is blindfolded and handcuffed after being recaptured in the town of Umm al-Ghanam, northern Israel, Sept. 11, 2021. (Israeli Police via AP, File)
by French Press Agency - AFP Sep 15, 2021 10:47 pm
RECOMMENDED

The lawyers of two of the Palestinian inmates who recently escaped from a high-security Israeli jail said Wednesday the prisoners had started digging the tunnel in December.

Six inmates staged a dramatic escape from Gilboa jail in northern Israel on Sept. 6 after digging a tunnel under a sink in their cell and making their way to freedom.

Israeli security forces launched a large-scale manhunt for the escapees in Israel and the occupied West Bank, and have since recaptured four of them.

Lawyers for two of those arrested, Mahmud Abdullah Ardah and Yaqub Qadri, on Wednesday revealed details of their escape.

"Mahmud told me he started digging (the tunnel) in December," his lawyer Roslan Mahajana told Agence France-Presse (AFP) after visiting him in detention.

Ardah claimed to be the architect of the escape, saying he used spoons, plates and even the handle of a kettle to dig the tunnel from his jail cell.

"They started questioning him after his arrest because they believe he was the one who planned and implemented the operation," said the lawyer.

Qadri's lawyer gave a similar account of their escape. "Mr. Qadri told me that this process started on Dec. 14 and that this is what he told the Israeli investigators," Hanane Khatib said, without elaborating.

In an interview with Palestinian television, the lawyer said that her client "was very happy despite his arrest because he was able to wander around for five days" until his arrest.

The lawyer said the inmates had not planned to escape on Sept. 6, but they rushed ahead with it on that day because they feared guards had become suspicious and noticed changes in their cell.