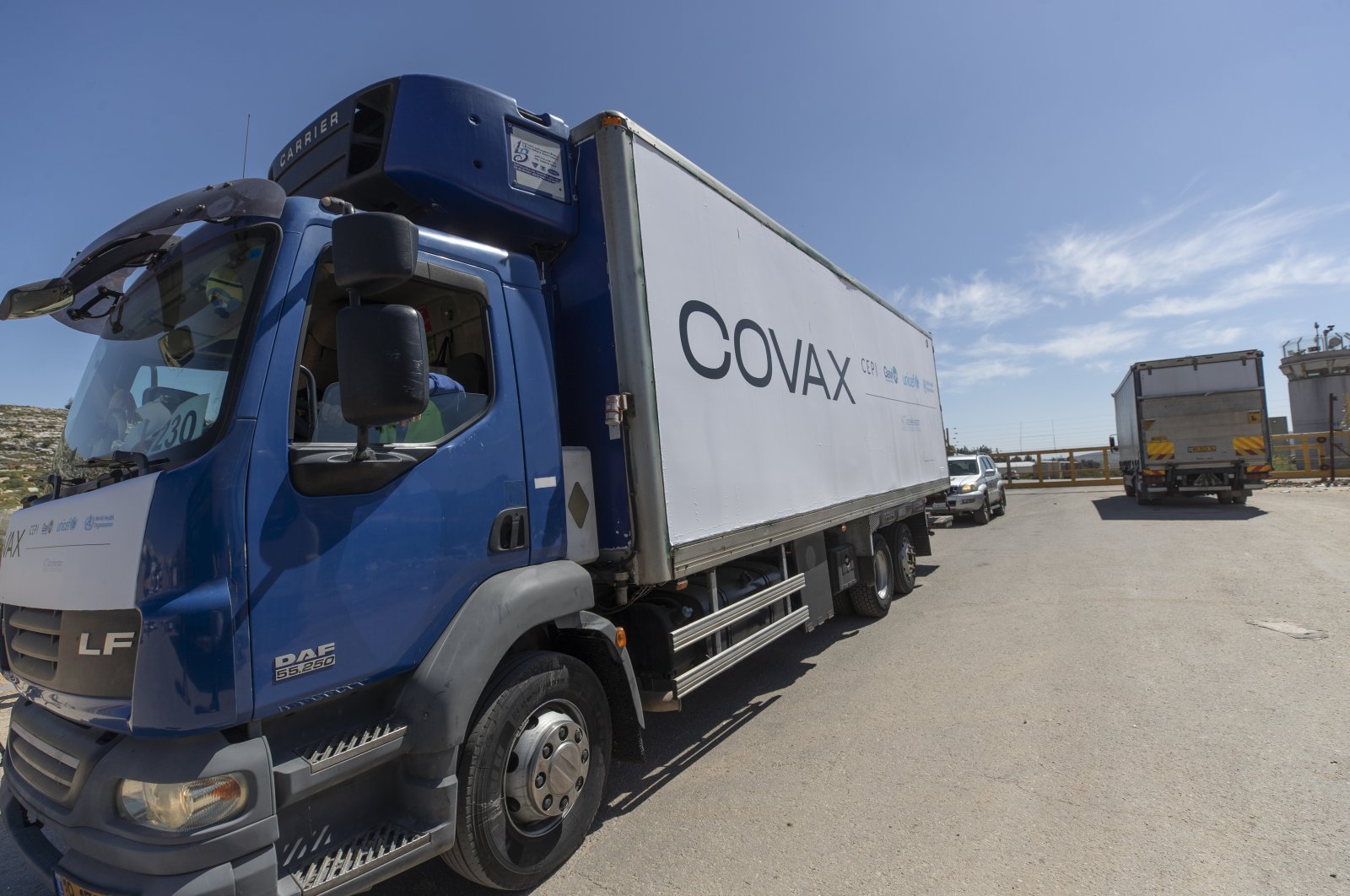 The Palestinian Authority (PA) on Wednesday received its first batch of vaccines from the global COVAX sharing initiative in a boost to inoculations in the occupied West Bank and Gaza, which is lagging far behind Israel's campaign.

Palestinian Health Ministry spokesperson Kamal al-Shakhra said 38,000 doses of the COVID-19 vaccine produced by American firm Pfizer and its German partner BioNTech would be used for inoculations as of Sunday, while 24,000 doses of the AstraZeneca vaccine would be stored "until there is a scientific decision from the World Health Organization (WHO)."

The WHO, one of the leaders of the COVAX program, has said its advisory panel was reviewing reports from several countries of isolated cases of bleeding, blood clots and low platelet counts after administration of the AstraZeneca shots. But the organization appealed to nations on Monday not to pause vaccination campaigns over safety fears.

The vaccines shipped to Tel Aviv were the first sent by the WHO to the Palestinians under the COVAX drive it set up with the global GAVI vaccine alliance to ensure equitable access to COVID-19 vaccinations globally. Further COVAX shipments are expected in a few months.

A truck brought the initial shipment from Tel Aviv's Ben Gurion airport to the Palestinian city of Ramallah in the West Bank. About a third of the doses have been allocated for Gaza.

An official in the office of the U.N. special coordinator for the Middle East peace process said the vaccines "will be critical tools in our fight against the pandemic and for socioeconomic recovery," according to Reuters.

The PA hopes to cover about 20% of the Palestinian population through the COVAX initiative. It said the initial doses from COVAX would be given to health workers, cancer and kidney patients and people over the age of 75.

To date, the PA has received 2,000 doses from Israel and acquired another 10,000 doses of the Russian-made Sputnik V vaccine. Authorities in the Gaza Strip, which is ruled by the Hamas group, have received 60,000 doses from a political rival of Palestinian President Mahmoud Abbas, who is based in the United Arab Emirates (UAE).

The U.N. agency for children tweeted pictures of the latest shipment arriving and said the vaccines would be distributed in both the West Bank and Gaza, The Associated Press (AP) reported.

Israel, which has vaccinated more than half its population of 9.3 million, has faced criticism for not sharing more of its supplies with Palestinians. Israel says its own citizens are the priority, and that under interim peace agreements the PA is responsible for health care in the territories it administers.

The PA says it is securing its own supplies. Israel recently began vaccinating the estimated 100,000 Palestinians from the West Bank who work in Israel and Jewish settlements.

Health officials in Gaza said some 8,500 people had received the first dose of the Russian Sputnik V vaccine. In the West Bank, about 5,000 have had their first shot. About 90,000 of the 120,000 Palestinian laborers who have Israeli work permits have been vaccinated by Israel, which has been a world leader in its vaccination rollout.