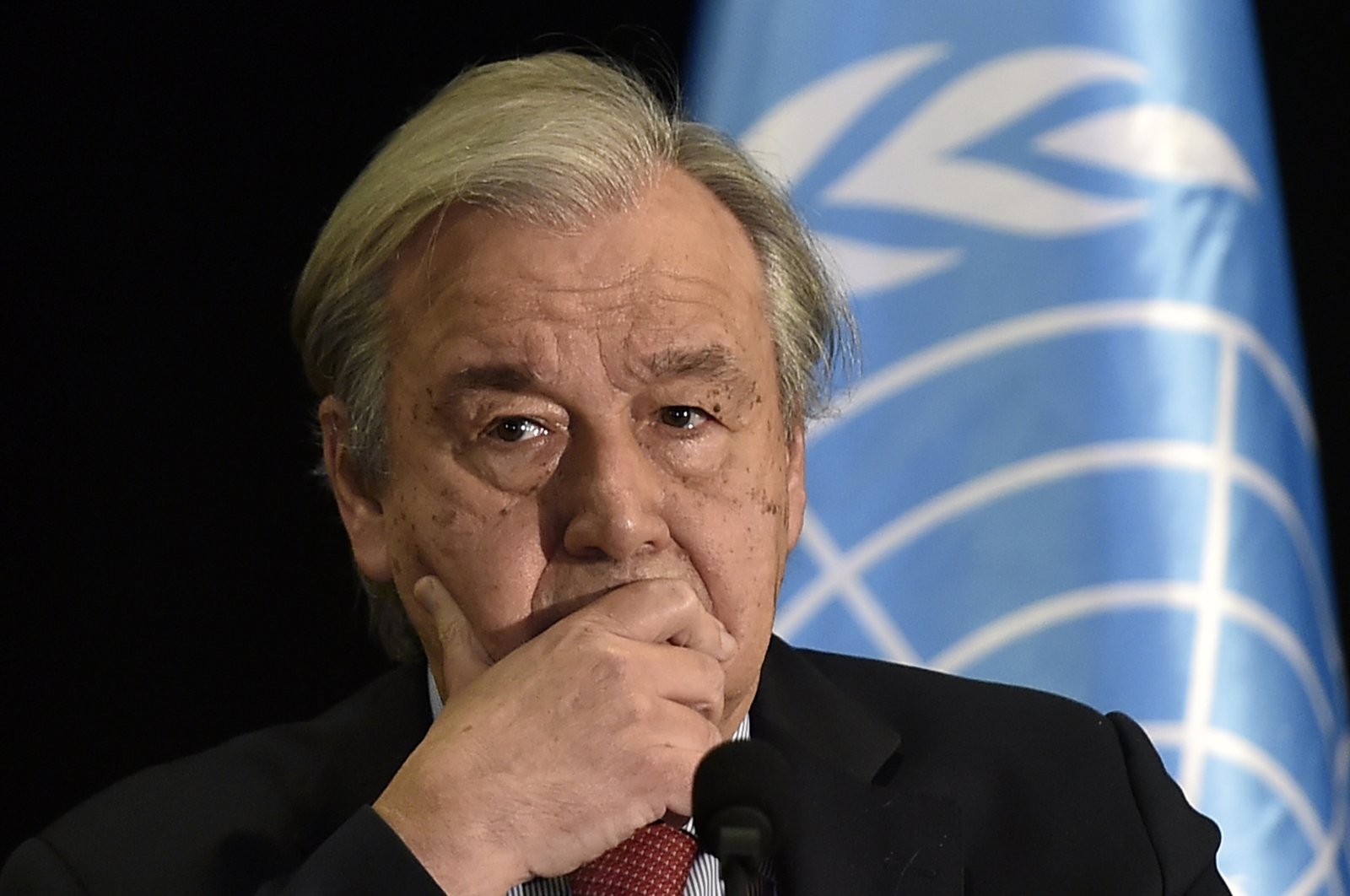 United Nations Secretary-General Antonio Guterres during a press conference at the end of his visit to Lebanon, in Beirut, Lebanon, Dec. 21 2021. (EPA Photo)
by REUTERS Dec 22, 2021 7:13 pm
RECOMMENDED

Lebanon's financial collapse was brought on by "something similar to a Ponzi scheme," said United Nations Secretary-General Antonio Guterres while visiting Bierut this week, according to a video circulating on social media.

Lebanon is in the third year of an economic meltdown that began in 2019 when the financial system collapsed under the weight of huge state debt – the result of decades of corruption and mismanagement – and the unsustainable way it was financed.

Critics of the Lebanese authorities have compared the financial system to a Ponzi scheme, depending on fresh borrowing to pay back existing debt.

The central bank has denied this.

"As far as I understand what has happened in Lebanon is that Lebanon was using something similar to a Ponzi scheme... which means that together with of course corruption and other, probably, forms of stealing, the financial system has collapsed," Guterres said in the video circulated on social media.

The crash has caused the Lebanese pound to lose more than 90% of its value and savers to be frozen out of their deposits in the paralyzed banking system.

Mike Azar, an expert on the Lebanese financial system who attended the meeting, confirmed Guterres made the remarks at the closed-door gathering between the U.N. chief and members of Lebanese civil society on Tuesday.

Azar, a former professor of economics at John Hopkins University in the United States, said Guterres made the comments in response to a statement he had made.

Asked by Reuters about the remarks, a U.N. spokesperson said the secretary-general's views on the financial crisis were "more fully expressed" at a news conference at the end of his visit.

At that news conference, Guterres said Lebanese leaders need to convince the international community to support Lebanon by implementing reforms "in relation to the economic, the social and the political life of the country," and by adopting a "credible economic recovery plan" for talks for an IMF support program.