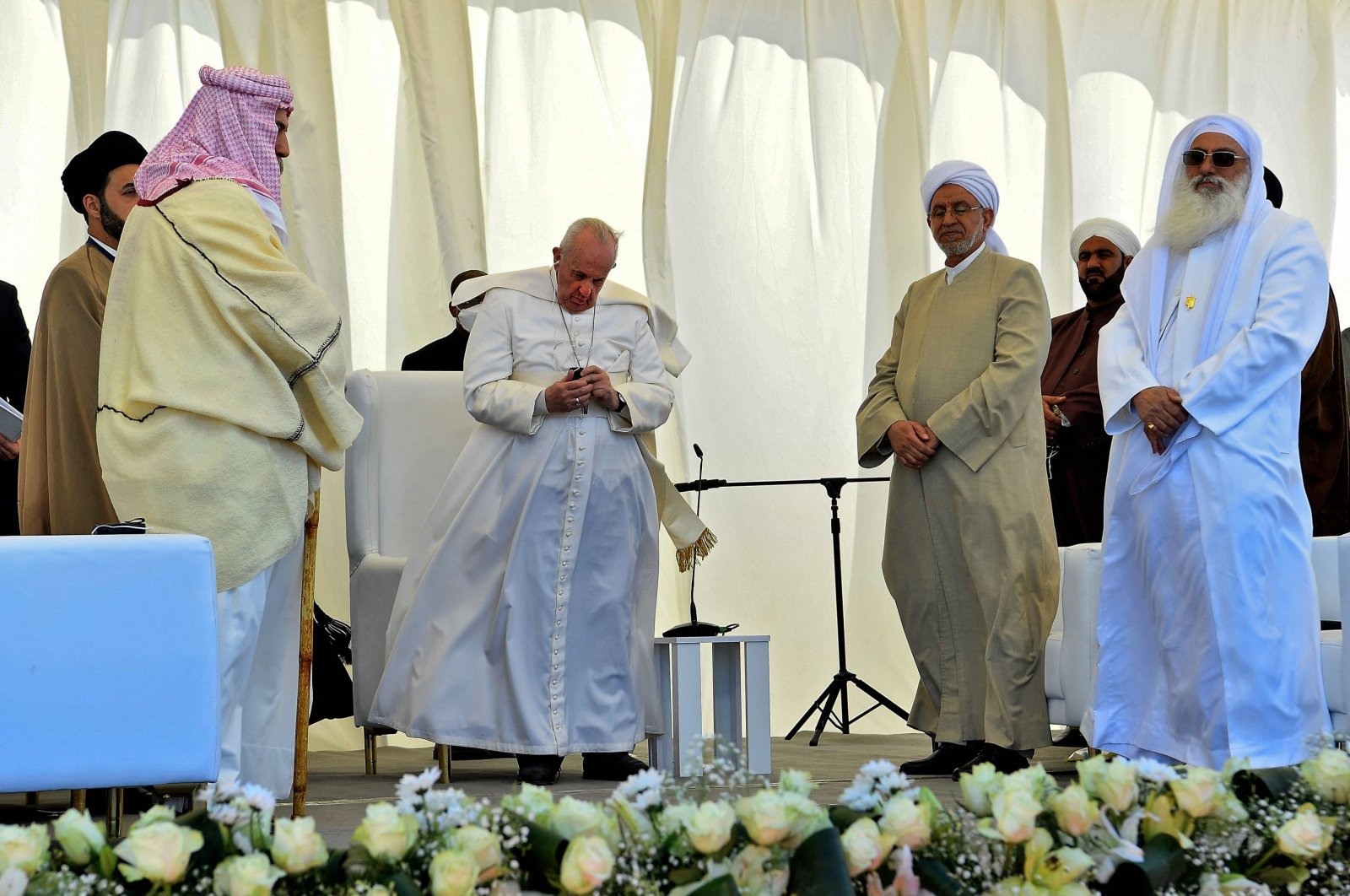 Pope Francis stands with Iraqi religious figures during an interfaith service at the House of Abraham in the ancient city of Ur in southern Iraq's Dhi Qar province, on March 6, 2021. (AFP Photo)
by Agencies Mar 06, 2021 7:32 pm

Pope Francis listened to a Quran recitation in the ancient Sumerian city of Ur, believed to be the hometown of Prophet Abraham in southern Iraq in a historic meeting on Saturday.

Francis arrived in Iraq on Friday and met with senior government officials on the first-ever papal visit to the country, aimed at promoting his call for greater fraternity among all peoples. He also met Saturday with Grand Ayatollah Ali al-Sistani, one of the most senior clerics in Shiite Islam, in Iraq's holy city of Najaf to deliver a joint message of peaceful coexistence.

Pope Francis later addressed the rich spectrum of Iraq's religious communities in Ur, where Prophet Abraham, a central figure in the Christian, Jewish and Muslim faiths is believed to have been born in the second millennium B.C. There, he made a passionate plea for "unity" after conflict. He also listened to a recitation of the Muslim holy book Quran.

"It all started from here," Francis said, after hearing from representatives of Iraq's diverse religious communities.

Following the prayer service in Ur, the pope headed back to Baghdad to celebrate his first public mass in the country, at the Saint Joseph Cathedral.

Iraqis have welcomed the visit and the international attention it has given to the country as it struggles to recover from decades of war and unrest.