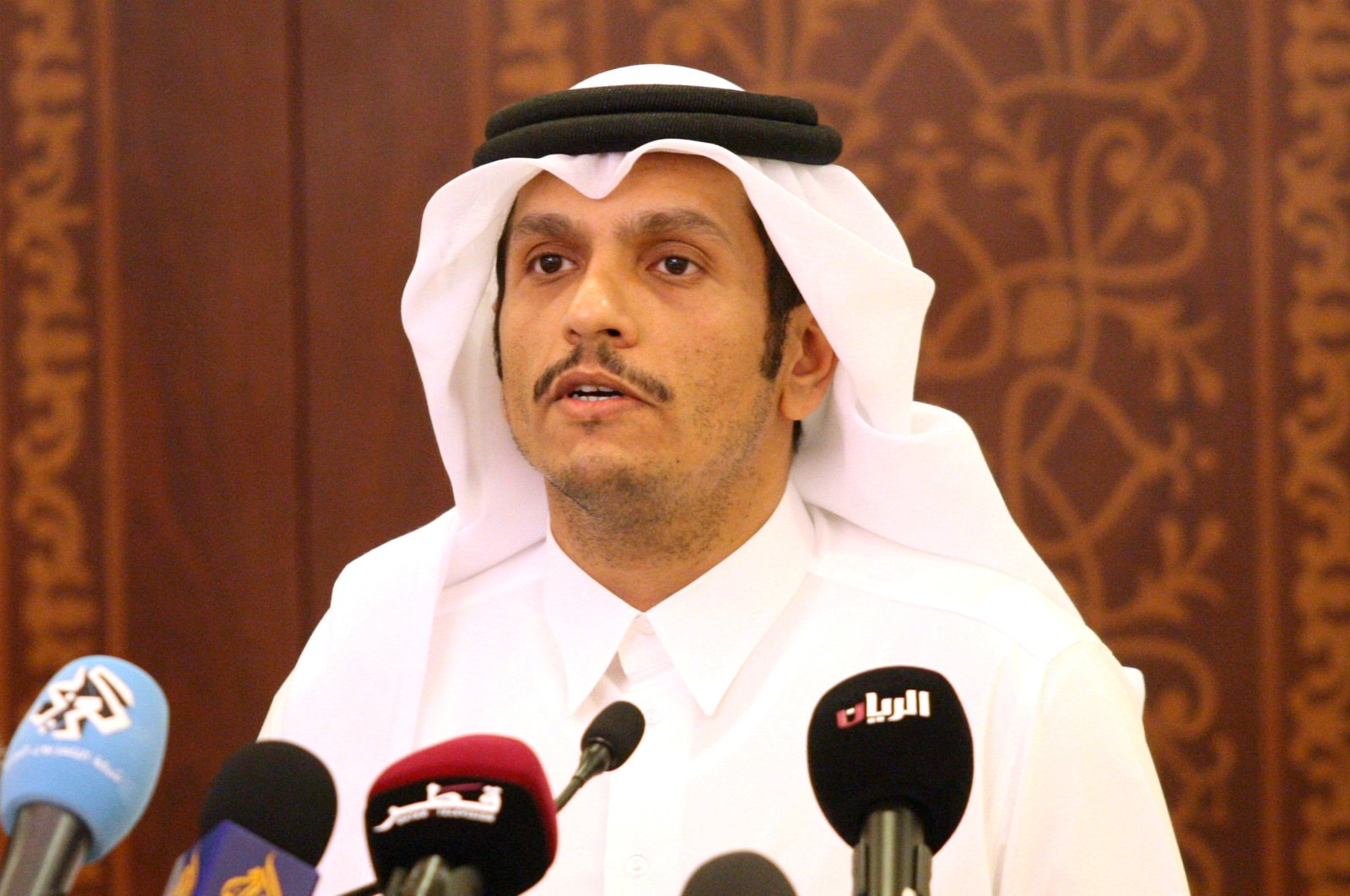 This came during the second day of the Global Security Forum held in the Qatari capital, Doha. Al Thani stressed that the regional peace process has no horizon and therefore the Abraham Accords between Arab countries and Israel cannot contribute to resolving the crisis.

"We do not see any prospects for the peace process, and therefore we believe that the Abraham Agreement (signed by the United Arab Emirates (UAE), Bahrain, Morocco and Sudan with Israel) cannot contribute to resolving the crisis," the top diplomat said. "We should not focus on economic normalization and forget the (Israeli) occupation of Arab lands."

The spate of agreements was signed between a number of Arab countries and Israel during the time of U.S. President Donald Trump, who engineered diplomatic pacts late last year – the first since Jordan recognized Israel in the 1990s and Egypt in the 1970s. The agreements are all with countries that are geographically distant from Israel and have played a minor role, if any, in the Arab-Israeli conflict.

The accords have also contributed to the severe isolation and weakening of the Palestinians by eroding a longstanding Arab consensus that recognition of Israel should only be given in return for concessions in the peace process. Palestinians, who have been suffering under Israeli occupation for years, have seen the deal as a stab in the back by Arab countries who vowed to support Palestinian independence and press on Tel Aviv to withdraw from post-1948 lands.

While Doha has voiced uncertainty over the series of agreements, top Israeli diplomats and officials from UAE prepare to meet with U.S. Secretary of State Antony Blinken on Wednesday in order to sum up "accomplishments since the signing of the Abraham Accords and other important issues."

“Secretary of State Antony J. Blinken will meet with Israeli Foreign Minister Yair Lapid and the UAE Foreign Minister Sheikh Abdullah Bin Zayed Al Nahyan on October 13 in separate bilateral meetings and then in a trilateral setting,” the State Department said in a statement.

Blinken earlier held a meeting with Lapid and top Emirati foreign policy adviser Anwar Gargash through a video call. During the meeting, the officials embraced the Abraham Accords, though opinion polls reveal that an overwhelming majority of respondents in the Arab world are opposed to the normalization deals, according to the news website The New Arab.