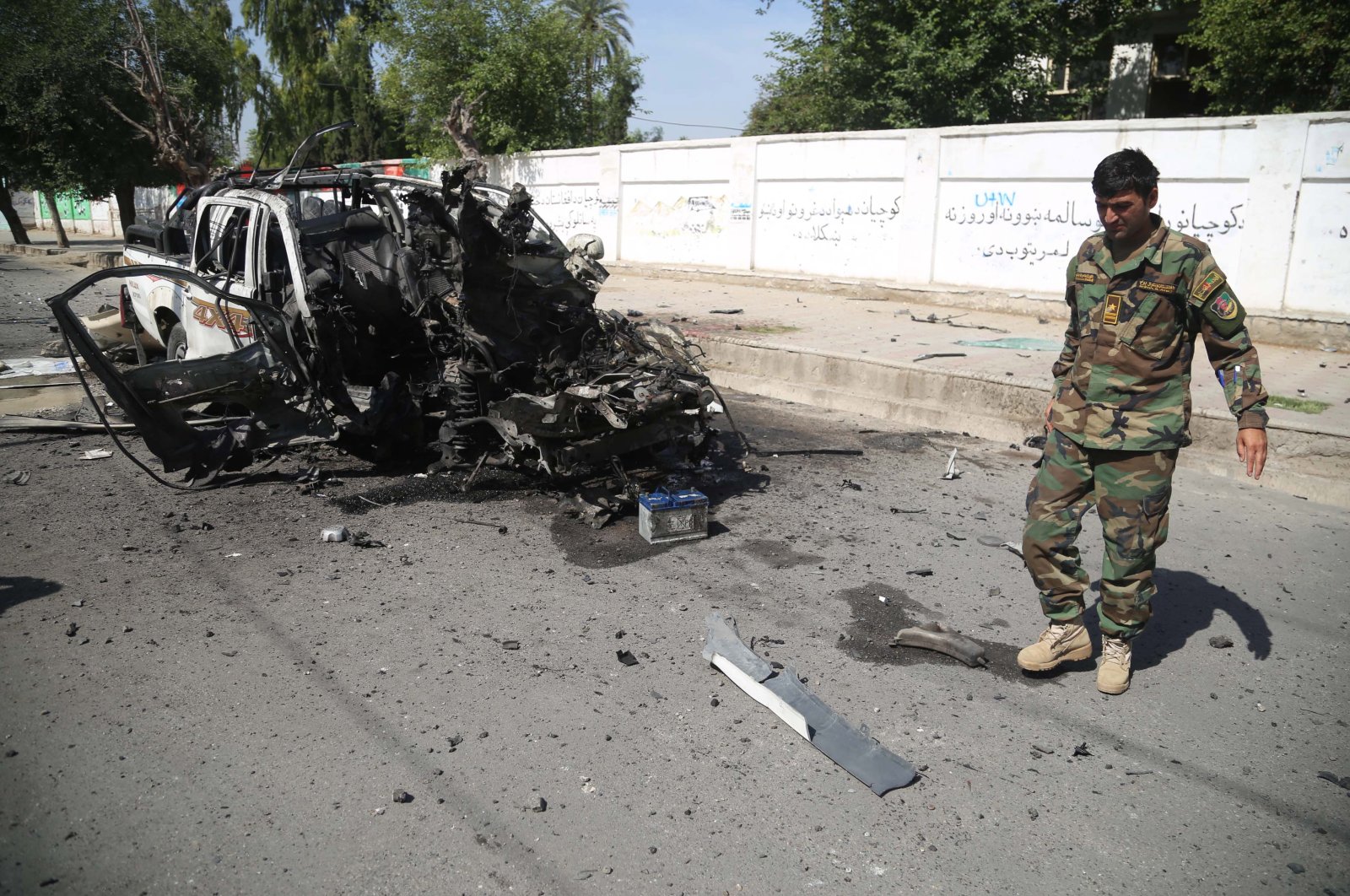 Afghan security officials inspect the scene of a bomb blast that targeted a vehicle of the Afghan National Army, in Jalalabad, Afghanistan, April, 26, 2021. (EPA Photo)
by REUTERS Apr 26, 2021 1:15 pm
RECOMMENDED

Amid growing concerns over the escalating violence in Afghanistan in recent weeks, a rocket hit the provincial governor's compound in eastern Kunar province on Monday during a religious ceremony. Local officials reported that at least 16 children were wounded and blamed Taliban insurgents.

Fighting between the Afghan government and the Taliban has increased across the country recently as peace talks failed to make progress despite international calls to reduce violence.

Iqbal Sayeed, the governor of Kunar, said a Taliban rocket hit the compound's hall as a holy Quran recitation competition was taking place.

At least 16 children, three Afghan security force members and religious affairs officials were wounded, Sayeed said, and some children are in critical condition.

The Taliban, fighting to overthrow the foreign-backed Afghan government since they were toppled by United States-led troops in late 2001, said they were aware of the incident and investigating.

The Afghan government says since the announcement by U.S. President Joe Biden this month of plans to withdraw American combat troops from Afghanistan by Sept. 11, the Taliban have stepped up attacks on Afghan security forces.

More than a hundred Afghan civilians and security forces have been killed in fighting in the last 10 days and many more wounded, according to government officials.

A roadside bomb hit an army vehicle in the eastern city of Jalalabad on Monday, wounding six people.

Peace negotiations between the Afghan government and Taliban insurgents in Qatar's capital Doha have stalled. A Washington-backed Afghan peace conference in Turkey scheduled for April 24 has been postponed due to the Taliban's non-participation.

Nearly 1,800 Afghan civilians were killed or wounded in the first three months of 2021 during fighting between government forces and Taliban insurgents, the United Nations said.