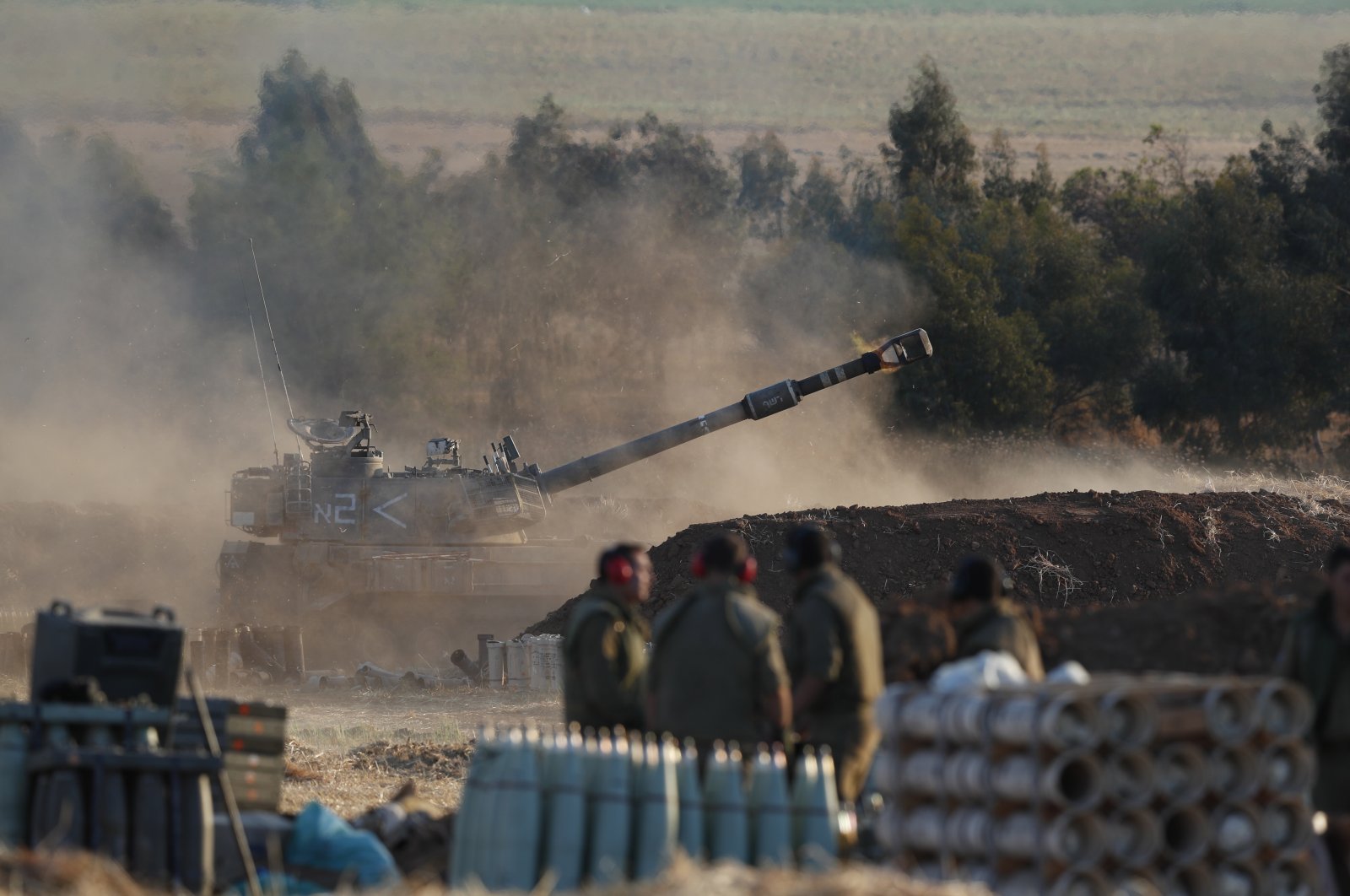 An Israeli artillery shells targets in the Gaza Strip as the escalation continues between the Israeli Army and Hamas forces at the Gaza Border, Israel, 13 May 2021. (EPA File Photo)
by Daily Sabah with Agencies May 13, 2021 10:02 pm
RECOMMENDED

Three rockets were fired from Lebanon towards the sea off Israel's northern coast, the Israel Defense Forces confirmed late Thursday amid the escalated tensions in the region.

Times of Israel reported that the rockets caused "no damage or injury as they hit the water," citing the military.

Lebanese MTV news channel reported that not Hezbollah, but a "fringe Palestinian group" appears to have launched the rockets, according to the Times of Israel.

Tensions have been running high in the region since last week when an Israeli court ordered the expulsion of Palestinian families from the Palestinian-majority Sheikh Jarrah neighborhood of East Jerusalem. The Israeli Supreme Court later delayed a hearing on an appeal.

Palestinians protesting in solidarity with residents of the neighborhood have been targeted by Israeli forces and far-right settler groups.

The death toll from the ongoing Israeli airstrikes on the blockaded Gaza Strip has risen to 60, including 14 children, the Palestinian Health Ministry said Wednesday amid an escalation sparked by violent unrest at Jerusalem's flashpoint Al-Aqsa Mosque complex. A ministry statement said that three women were among the victims in Gaza, which is controlled by Hamas, while 305 people were injured.

Two Israeli women were also killed by rockets fired from Gaza in response to recent Israeli aggression in the heavily targeted coastal city of Ashkelon, just north of Gaza, said the emergency service Magen David Adom. The local Barzilai medical center said it was treating 70 who were injured.

Nightly unrest since then at the Al-Aqsa complex in occupied East Jerusalem has left more than 700 Palestinians wounded, drawing international calls for de-escalation and sharp rebukes from across the Muslim world.

Hamas had Monday warned Israel to withdraw all its forces from the mosque complex and the East Jerusalem district of Sheikh Jarrah, where the looming forced expulsion of Palestinian families has fuelled angry protests.