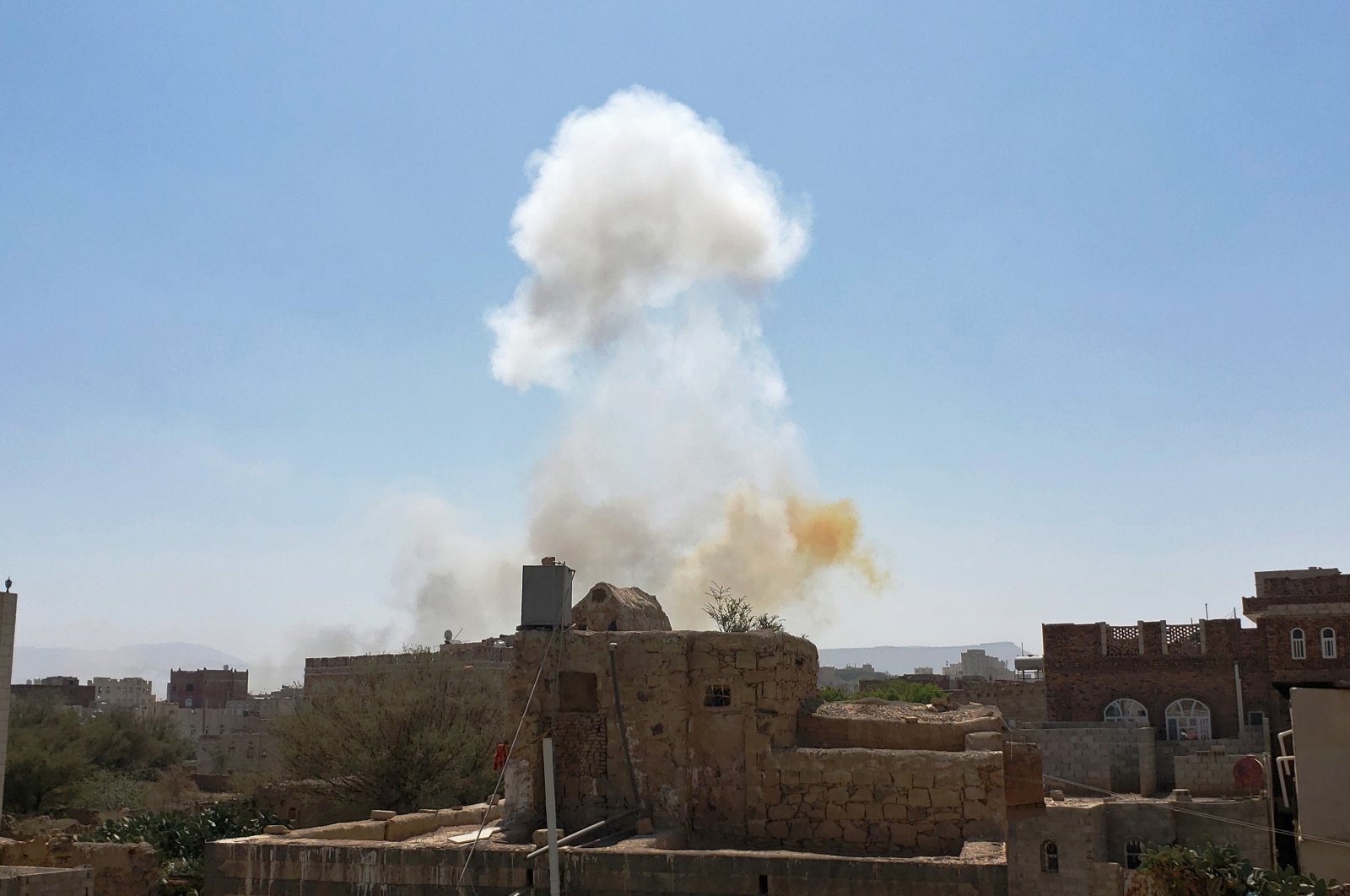 The Saudi-led coalition fighting in Yemen unleashed dozens of airstrikes against what it called Houthi military targets in the country's north, including the capital Sanaa and the port of Salif on the Red Sea coast.

The military alliance, which has been at war since 2015 against the Iran-aligned Houthi group that controls northern Yemen, said it struck a missile and drone assembly plant in Sanaa.

The United Nations said airstrikes also hit the Houthi-controlled Salif grains port, north of Hodeidah, and two projectiles hit a warehouse and the living quarters of a food production company.

"Local authorities and company management stated that six injured workers were transferred to local medical facilities for treatment," the U.N. mission in Hodeidah, UNMHA, said in a statement Monday.

The port of Salif is part of a U.N.-brokered neutral zone on the Red Sea, according to the Stockholm agreement signed in 2018 between Yemen's warring parties.

The Houthi-controlled ministry of commerce and industry said attacks on the port were part of the "economic warfare against the Yemeni people."

The Sanaa-based al-Masirah television channel also reported other airstrikes in Marib, where heavy fighting has raged over the last few months amid a Houthi offensive to take the gas-producing region. It added that other strikes hit Hajjah province overnight.

The Saudi-led coalition intervened in Yemen's civil war in 2015 to try to restore the government of President Abed Rabbo Mansour Hadi that was ousted by the Houthis in 2014. The war, which has been a military stalemate for years, has killed tens of thousands of people and left millions on the brink of famine.