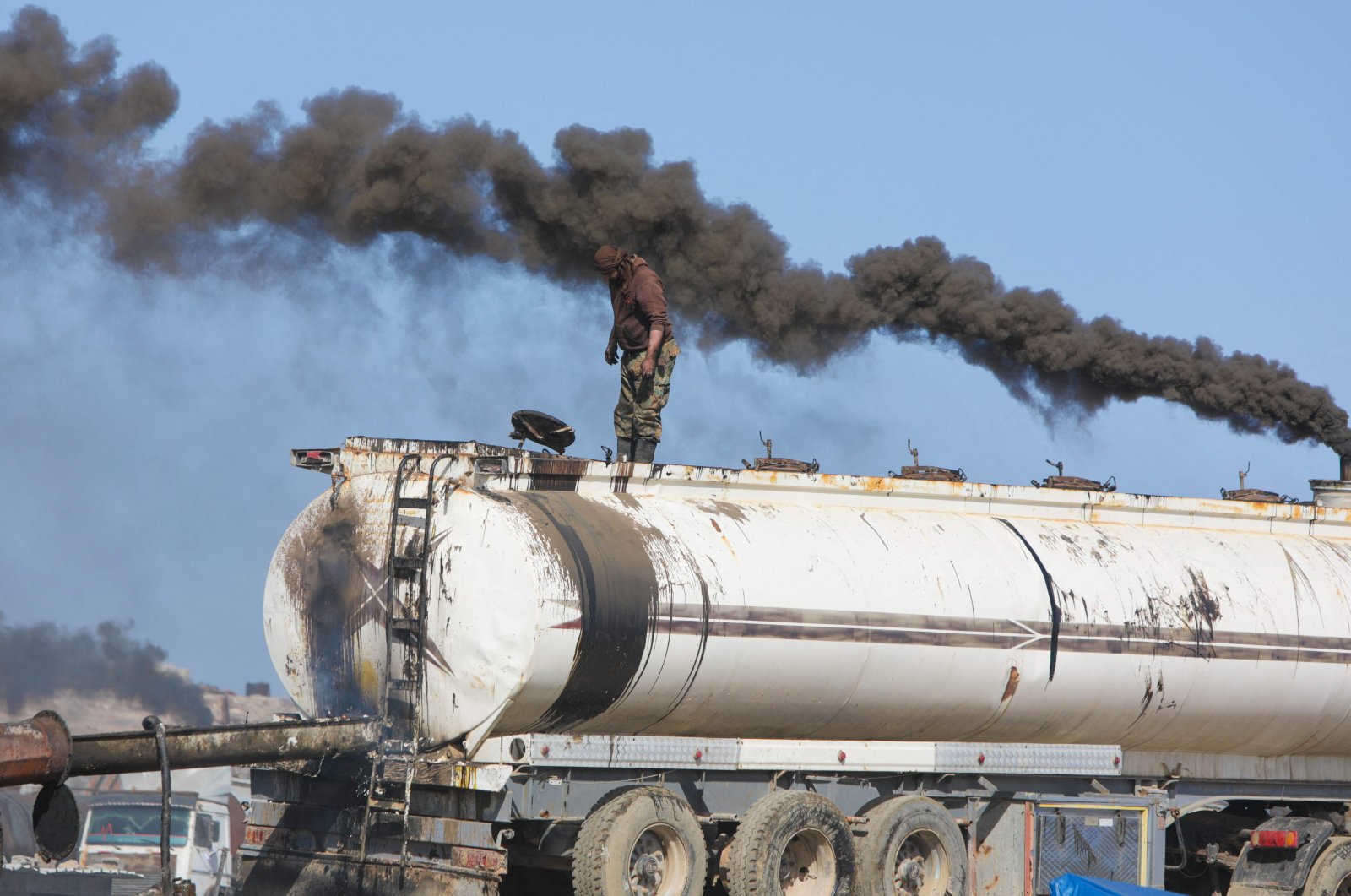 A displaced Syrian man works at a makeshift oil refinery near the village of Tarhin, in the northern countryside of Aleppo, Syria, Feb. 25, 2021. (Photo by Bakr ALKASEM / AFP)
by ASSOCIATED PRESS Mar 27, 2021 5:20 pm
RECOMMENDED

The giant cargo ship wedged in Egypt’s Suez Canal is forcing Syria to begin rationing its distribution of fuel as shipments are expected to be delayed, the war-torn nation's Oil Ministry said Saturday.

A giant container ship remained stuck sideways, blocking the Suez Canal for a fifth day Saturday, as authorities prepared to make new attempts to free the vessel and reopen a crucial east-west waterway for global shipping.

Even before the skyscraper-sized Ever Given, carrying cargo between Asia and Europe, turned sideways and ran aground Tuesday, Syria had been suffering from fuel shortages mostly caused by continuing Western sanctions against the Bashar Assad regime.

Syria has been struggling with deteriorating economic conditions, shortages of basic goods and medicine and its citizens have been forced to wait in long lines to buy subsidized bread and fuel.

The Oil Ministry said that while waiting for the return of shipping traffic to normal through the Suez Canal and in order to ensure the continued provision of basic services to Syrians at bakeries, hospitals, water stations and telecommunications centers, the ministry is currently rationalizing the distribution of available quantities of oil derivatives of diesel and gasoline.

It added that the measures aim "to ensure their availability for the longest possible period.”

Nearly 80% of Syrians live in poverty, and 60% are food insecure – the worst food security situation ever seen in Syria, according to the United Nations.

A decade of conflict has caused huge devastation to the Syrian economy, isolated its government and displaced its people, driving most of them into poverty. The pandemic restrictions have added to pressure on the economy, compounded by the financial crisis in neighboring Lebanon, which has been a bridge to Syria economically and financially.

More than half a million people have been killed in Syria’s 10-year conflict that has also left the country’s infrastructure in ruins and most of its oil and agriculture resources outside of government control.