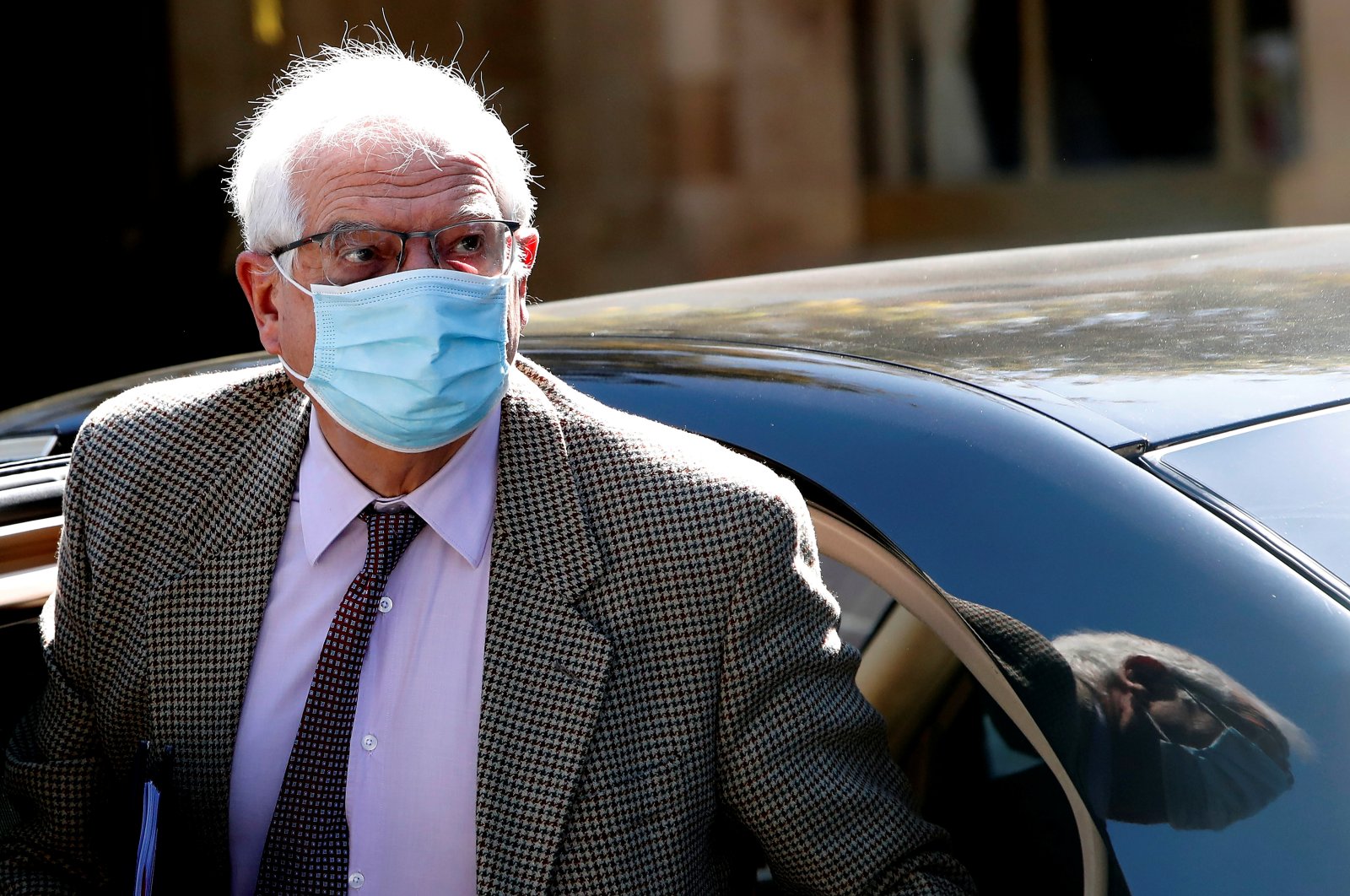 High Representative of the European Union for Foreign Affairs and Security Policy Josep Borrell arrives for a meeting with Greek Cypriot President Nicos Anastasiades at the Presidential Palace in Nicosia, Cyprus, March 5, 2021. (REUTERS)
by DAILY SABAH WITH AA
Mar 10, 2021 12:19 pm

The European Union will not end sanctions against Syria's Bashar Assad regime until a political transition starts with the involvement of all sides, the EU foreign policy chief said Tuesday.

Speaking at a debate of the European Parliament dedicated to the 10th anniversary of the Syrian war, Josep Borrell pointed out that the bloc would not provide any kind of legitimization for the Assad regime.

"There will be no end to sanctions, no normalizations, no support for reconstruction until a political transition is underway," the top EU diplomat said.

According to Borrell, it would be the "biggest mistake" to lift sanctions and accept Assad's call to contribute to the country's reconstruction because it would confirm the Syrian was right "by crushing the people, by crushing opposition and pursuing a war until the country, the whole country, gets on its knees."

The bloc can only accept a political process in line with the decision of the U.N. Security Council, which implies a negotiated new constitution, free and fair elections and the release of political prisoners, he said.

In this case, the EU is "ready to provide very substantial support" for the reconstruction of the country, he added.

The EU has provided in total 22 billion euros ($26 billion) in aid in the past 10 years, according to Borrell.

"These people deserve our continued support," he said, confirming that the bloc would go on helping Syrian refugees and the host countries of Turkey, Lebanon and Jordan.

On March 29-30, the bloc will host the donor conference "Supporting the Future of Syria and the Region" for the fifth time.

Back in May 2020, European Union foreign ministers decided to extend sanctions on the Assad regime and its supporters by one more year.

"EU's sanctions target those responsible for their suffering, members of the Syrian regime, their supporters and businesspersons who finance it and benefit from the war economy," Borrell said at the time.

The EU banned travel and froze the assets of members of the Assad regime, as well as companies and businesspeople benefitting from their ties with the political elite.

The European assets of the Syrian central bank are also suspended, as well as the import of oil.

The EU also restricted the export of equipment and technology that might be used for internal repression, including the monitoring or interception of internet or telephone communications.

The EU says the measures are designed to avoid hindering the delivery of humanitarian aid. No food or medical equipment is targeted. The EU first imposed its sanctions in May 2011.

On Oct.16, 2020, the EU imposed sanctions on seven ministers who were recently appointed by the Assad regime at the time.

Most are accused of sharing "responsibility for the Syrian regime’s violent repression of the civilian population,” the EU said.

With the new sanctions, the number of people targeted by EU measures has increased to 280.

A further 70 "entities,” including organizations, banks and companies, are also on the blacklist, mostly for benefiting from their ties with the regime.