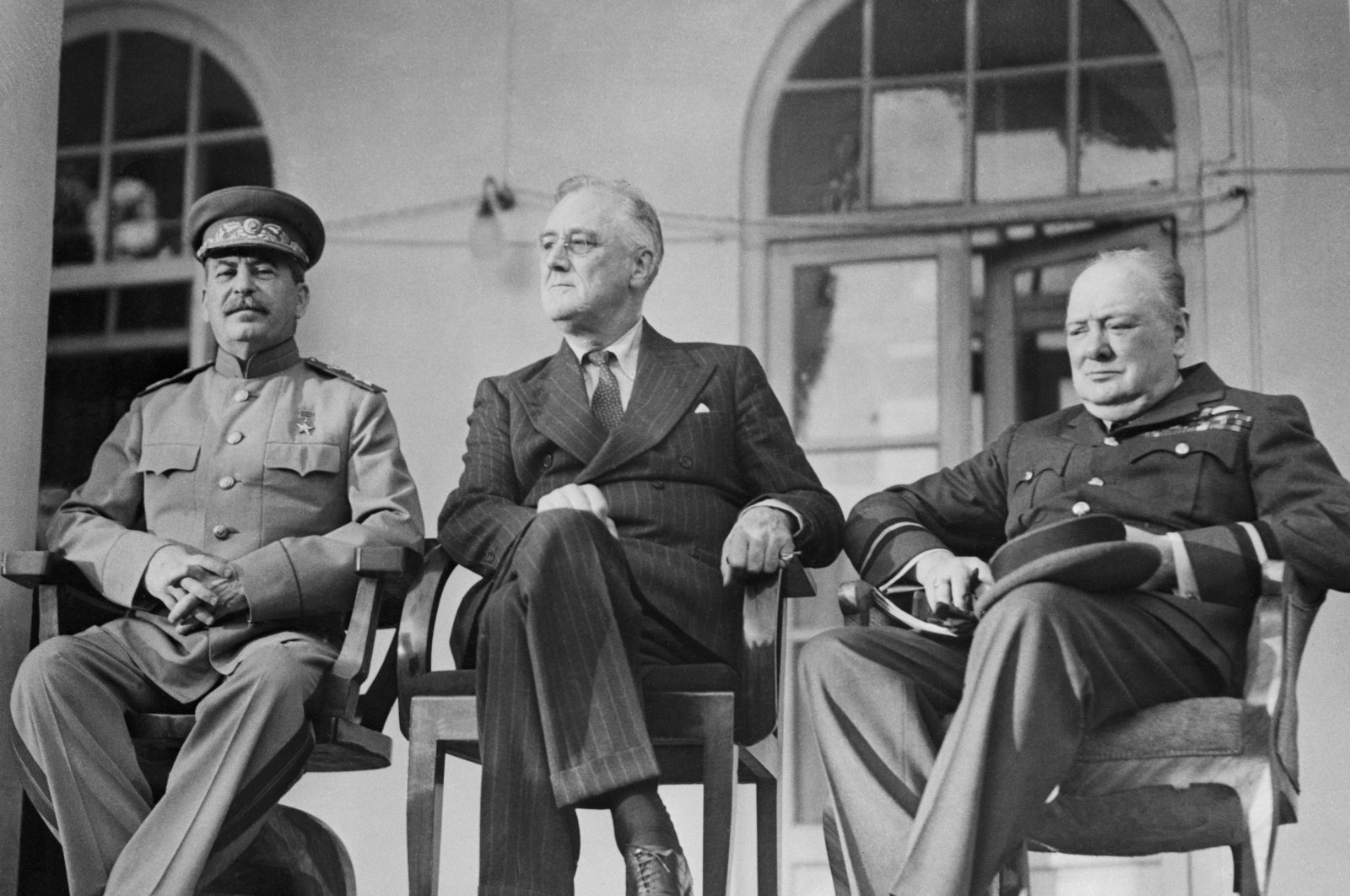 A photograph of the U.K. and Russian ambassadors to Iran recalling the 1943 Tehran Conference, when the country was occupied by the Allied powers during World War II, sparked a diplomatic row on Thursday in Iran.

State media reported that Iran's Foreign Ministry summoned Russian Ambassador Levan Dzhagaryan and British Ambassador Simon Shercliff over the photo, even after the Russian Embassy tweeted an explanation saying that it had posted the image only as a commemoration of the Allies' fight against the Nazis.

The photo shows the two men sitting where Soviet Union leader Joseph Stalin and U.K. Prime Minister Winston Churchill did for a photo atop the steps of the then-Soviet Embassy during the so-called Tehran Conference of the “Big Three” leading powers fighting Adolf Hitler's Germany in 1943. The place occupied by U.S. President Franklin Roosevelt was empty.

Iran’s outgoing foreign minister, Mohammad Javad Zarif, called the photo “inappropriate” given that Russia and Britain had invaded Iran in 1941. August marks the 80th anniversary of the campaign, when Soviet and British armored divisions swept in largely unopposed to secure oil fields and Russian supply lines through Iran, officially neutral but considered pro-Germany at the time.

Ambassador Levan Dzhagaryan's meeting with the new head of the British diplomatic mission in Iran Simon Shercliff on the historical stair, where the 1943 Tehran conference was held pic.twitter.com/1JyC9VWVpi

Zarif drew a connection between the photo and the stalled negotiations with world powers over Iran's nuclear program, aimed at capping Iran’s uranium enrichment activities in return for a lifting of sanctions that have worsened the nation’s already ailing economy.

“The Iranian people have shown – including during the JCPOA talks – that their destiny can NEVER be subject to decisions in foreign embassies or by foreign powers,” Zarif wrote on Twitter.

Russia, alongside Britain, France, China, Germany and the U.S., have not met for months at the Vienna negotiation site.

Tehran and Moscow have improved their relations in recent decades after Russia built Iran’s sole nuclear power plant in the southern Iranian port of Bushehr. They have also increased military cooperation, and Russia delivered hundreds of thousand vaccines to Iran to fight COVID-19.