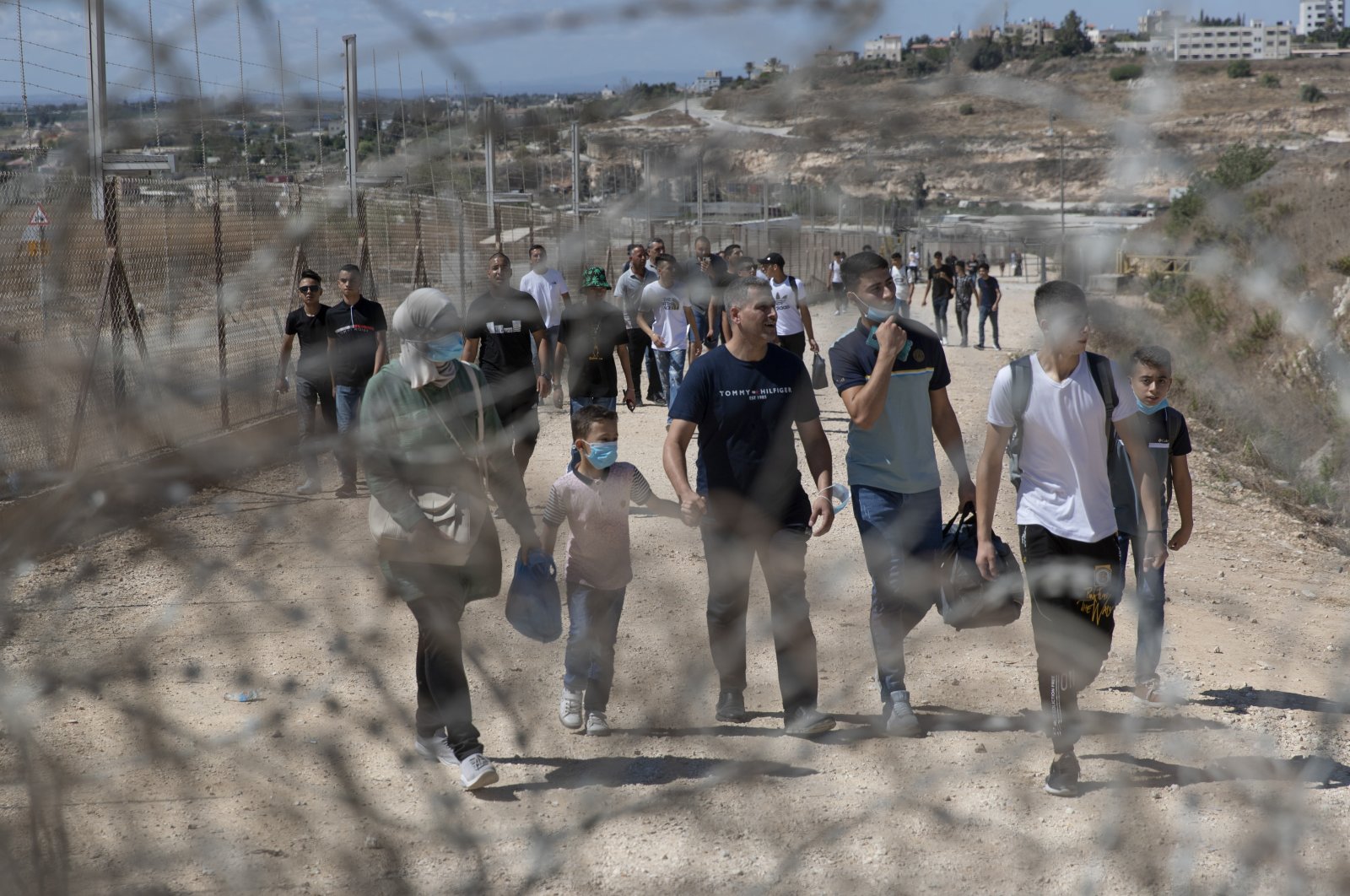 Palestinians cross into Israel through a damaged section in the Israeli separation fence, aiming for a day on the beach as they celebrate the second day of Eid al-Adha, in the West Bank village of Faroun, near Tulkarm, Palestine, July 21, 2021. (AP Photo)
by DAILY SABAH WITH AA Jul 23, 2021 1:42 pm
RECOMMENDED

The Office of the United Nations High Commissioner for Human Rights (OHCHR) appointed three people Thursday to serve as the members of the Commission of Inquiry on the Occupied Palestinian Territory, including East Jerusalem and Israel.

The President of the Human Rights Council Nazhat Shameem Khan announced the appointment of Navi Pillay from South Africa, Miloon Kothari from India and Chris Sidoti from Australia as the commission members. Pillay, Fiji’s first female High Court judge, a former prosecutor and a diplomat, will serve as chair of the three-person commission, the statement added.

The commission will investigate "all underlying root causes of recurrent tensions, instability, and protraction of conflict, including systematic discrimination and repression based on national, ethnic, racial or religious identity,” according to the statement.

In May, the U.N. Human Rights Council adopted a resolution that includes the urgent establishment of an international independent investigation commission to probe Israel's human rights violations.

The special session of the council, which was called to discuss the "serious human rights situation" in the occupied Palestinian territories, ended with the adoption of the resolution put forward by the Organization of Islamic Cooperation (OIC) coordinator Pakistan and the Palestinian state.

According to Anadolu Agency (AA) the council "decides to urgently establish an ongoing independent, international commission of inquiry, to be appointed by the President of the Human Rights Council, to investigate in the Occupied Palestinian Territory, including East Jerusalem, and in Israel,” said the resolution.

The resolution was adopted by 24 votes, with nine countries voting no and 14 abstaining.

Earlier in June human rights organization Amnesty International accused Tel Aviv of carrying out a "catalogue of violations against Palestinians" across Israel and occupied East Jerusalem, listing such violations as unlawful force against peaceful protesters, sweeping mass arrests, and subjecting detainees to torture and other ill-treatment during and after the recent 11-day conflict in the Gaza Strip.

The report said that the actions of the Israeli police were repressive and discriminatory. The police could not or did not want to protect the Palestinian citizens of Israel from deliberate attacks by Jewish supremacy groups, even when the plans were publicized in advance and the police knew or should have known about them.

In total Amnesty has verified 29 text and audio messages from open Telegram channels and WhatsApp showing Israelis planning attacks on Palestinians in cities such as Haifa, Acre, Nazareth and Lod between May 10 and May 21. Members of the group shared selfies with guns and declared that "tonight we are not Jews, we are Nazis."

Violations against Palestinians are sweeping through all occupied territories. According to data from the Palestinian human rights group Mossawa, up until June 10, Israeli police had arrested more than 2,150 people – over 90% of whom were Palestinian citizens of Israel or residents of occupied East Jerusalem.