Israel detains nearly 150 Palestinians in first half of April 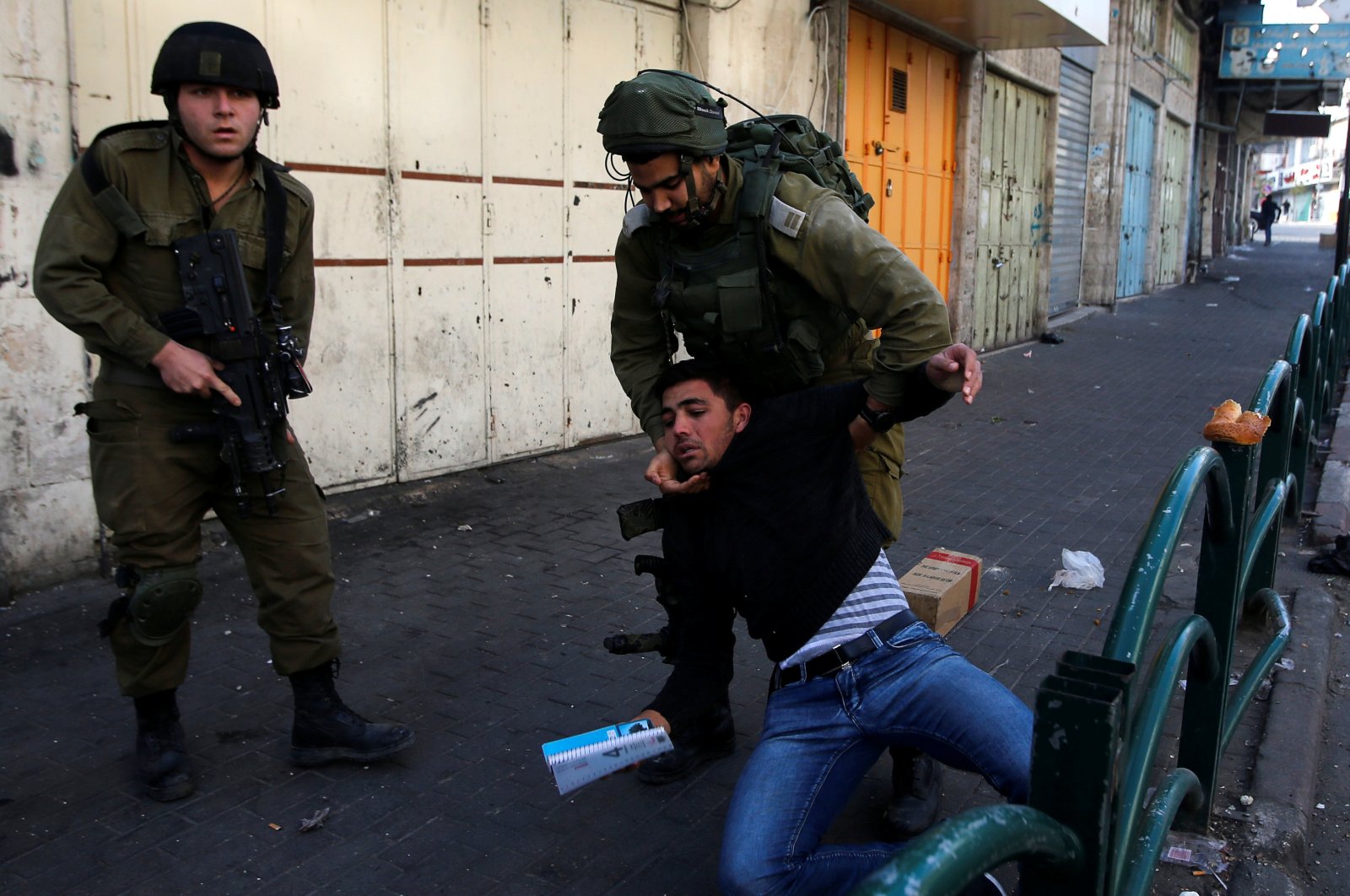 Nearly 150 Palestinians were detained by Israeli security forces in the occupied West Bank in the first half of April, a Palestinian research center said Sunday.

Six women and five children, including three from Jerusalem, were among those rounded up, the Ramallah-based Jerusalem Center for Studies said in a report. Israeli forces also arrested four candidates in the upcoming legislative elections, including two from the Palestinian group Hamas, the report said.

According to the Palestinian center, some of 144 detainees were released after a few days of arrest, without providing an exact number. Hamas activists and candidates for legislative elections in the West Bank were "principally targeted,” Imad Abu Awwad, the head of the research center, told Anadolu Agency (AA).

"This is a clear indication of the occupation's attempt to interfere in the elections by disrupting Hamas electoral campaigns,” he said. Abu Awwad continued: "Israel is practicing a form of intimidation against anyone trying to join the electoral process and dissuading them from doing so.”

In a statement on Saturday marking Prisoner's Day, Hamas called on the international community to put pressure on Israel to ensure that the elections are held in the Palestinian territories.

"We call on the international community and the countries sponsoring the electoral process to respond to the occupation over its aggression," Hamas said, in reference to the recent arrests by Israeli authorities of candidates from its list.

In January, a member of Hamas told Anadolu Agency (AA) that the movement has received guarantees from five countries, namely Egypt, Jordan, Turkey, Qatar and Russia, that elections will take place as scheduled.

Palestinians are scheduled to vote in legislative elections on May 22, presidential polls on July 31 and National Council polls on Aug. 31. An estimated 4,500 Palestinians are believed to be held in Israeli prisons, including 41 women, 140 minors and 440 administrative detainees, according to data compiled by organizations on the rights of prisoners.

According to the Jordan-run Islamic Endowments Authority, the Israeli intelligence service on Sunday summoned Sheikh Omar al-Kiswani, the director of East Jerusalem's Al-Aqsa Mosque, for interrogation. The authority, which oversees the holy sites in Jerusalem, did not give any further details about the reason behind the Israeli move. Israeli authorities have not yet commented on the news.

Al-Kiswani has been arrested and summoned several times before by the Israeli police or intelligence service.

Since 2003, Israel has allowed settlers into the flashpoint compound almost on a daily basis with the exception of Fridays and Saturdays. Israel occupied East Jerusalem, where Al-Aqsa is located, during the 1967 Arab-Israeli War. It annexed the entire city in 1980 in a move never recognized by the international community.

Since the beginning of the holy Islamic month of Ramadan, Jerusalem has witnessed skirmishes between Palestinian youths and Israeli forces due to the latter's attempts to prevent annual Ramadan gatherings and activities in the city center.