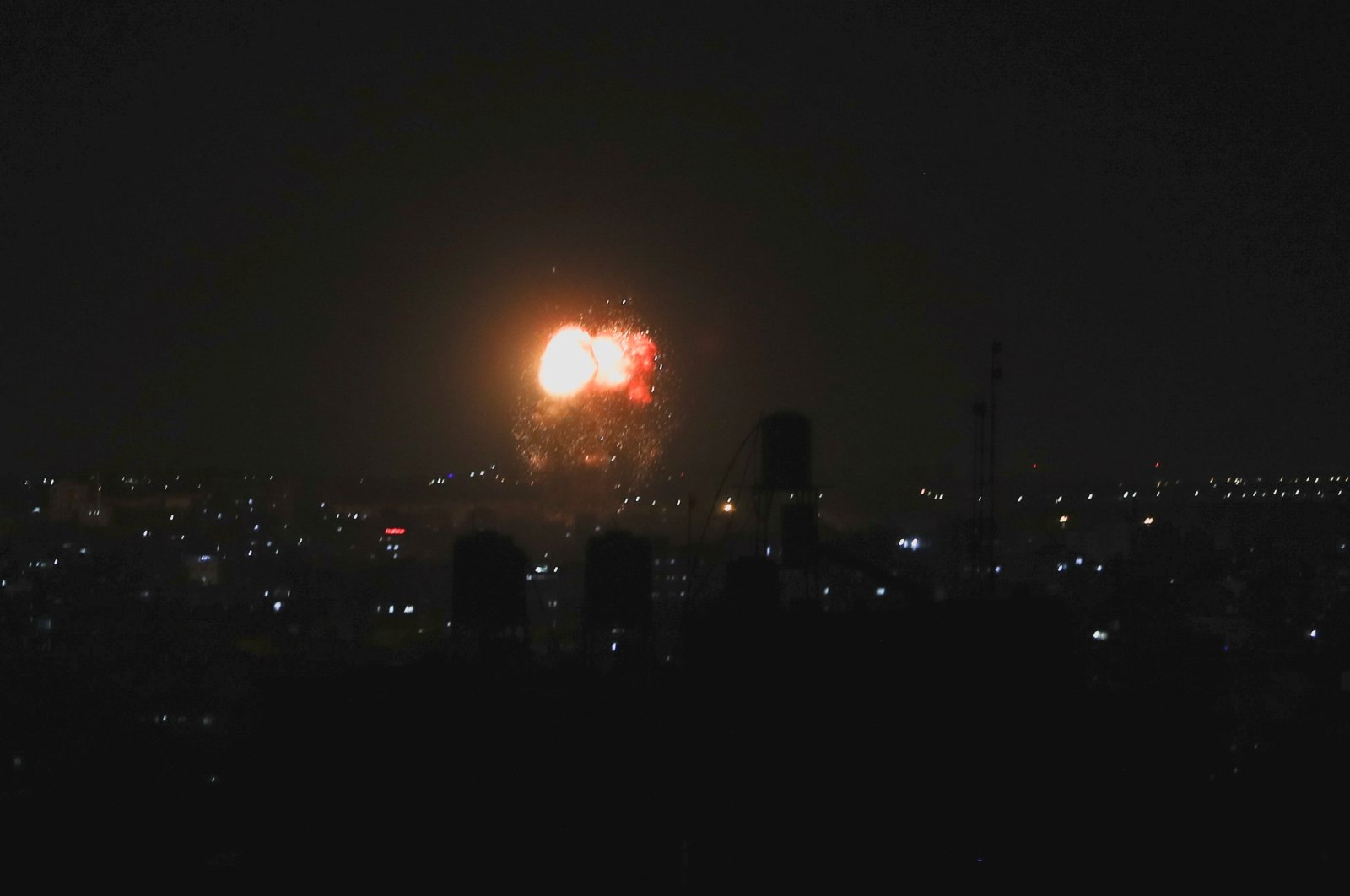 The air raids targeted sites belonging to Hamas in the Gaza Strip. Warplanes bombed a site in the town of Beit Lahia and another site in Khan Yunis. The Palestinian Health Ministry did not announce any injuries as a result of the bombings. According to Anadolu Agency (AA) earlier Thursday, Israel conveyed a message to Hamas that if the launching of incendiary balloons from the Gaza Strip does not stop, there will be new military action.

"Over the past day, arson balloons were launched from the Gaza Strip into Israeli territory," the Israeli military said in a statement. "In response ... fighter jets struck military compounds and a rocket launch site belonging to Hamas."

Israel's Channel 13 News outlet reported that an Israeli delegation currently in Egypt sent the message through the Egyptian intelligence service. The delegation from the Israeli National Security Council arrived in Cairo on Thursday, where it will hold talks on a long-term truce with Hamas in Gaza.

This week's airstrikes on Gaza were the first under Israel's new government headed by Naftali Bennett, whose ideologically disparate coalition on Sunday ousted long-serving Prime Minister Benjamin Netanyahu. Israeli army chief Aviv Kohavi late Thursday issued orders to "increase the IDF's (Israeli Defense Forces) readiness and preparedness for a variety of scenarios, including a resumption of hostilities," the army statement read. "The IDF will continue to strike military capabilities and infrastructure belonging to the terrorist organization and holds Hamas as responsible for all events transpiring in the Gaza Strip," the statement added.

"We discussed America's unwavering commitment to Israeli security, our bilateral relationship and the challenges ahead," Blinken tweeted after the Israeli strikes.

The new exchanges of fire come as Egypt tries to consolidate the cease-fire it helped broker. The conflict killed more than 250 Palestinians and injured nearly 2,000 others.

Cairo, along with the United Nations, is hoping to support the reconstruction of Gaza following a war that saw whole tower blocks reduced to smoking rubble and key infrastructure smashed. The densely crowded Mediterranean enclave has been under an Israeli blockade since 2007.

Israeli army chief Kohavi is due to leave Tel Aviv on Saturday for a six-day visit to the United States for talks. He is the first top Israeli official to do so since the new coalition government headed by Bennett took over on Sunday.

Kohavi will visit the U.S. military's Central Command (CENTCOM) in Florida, with items on the agenda to include Gaza's rulers Hamas and Israel's arch-foe Iran, as well as Hezbollah, the Tehran-backed Lebanese group. Kohavi will discuss "common security challenges," an army statement said, including issues "related to the Iranian nuclear threat, Iranian regional entrenchment in the Middle East, (and) Hezbollah's force build-up efforts."