UN urges departure of mercenaries from Libya in line with truce 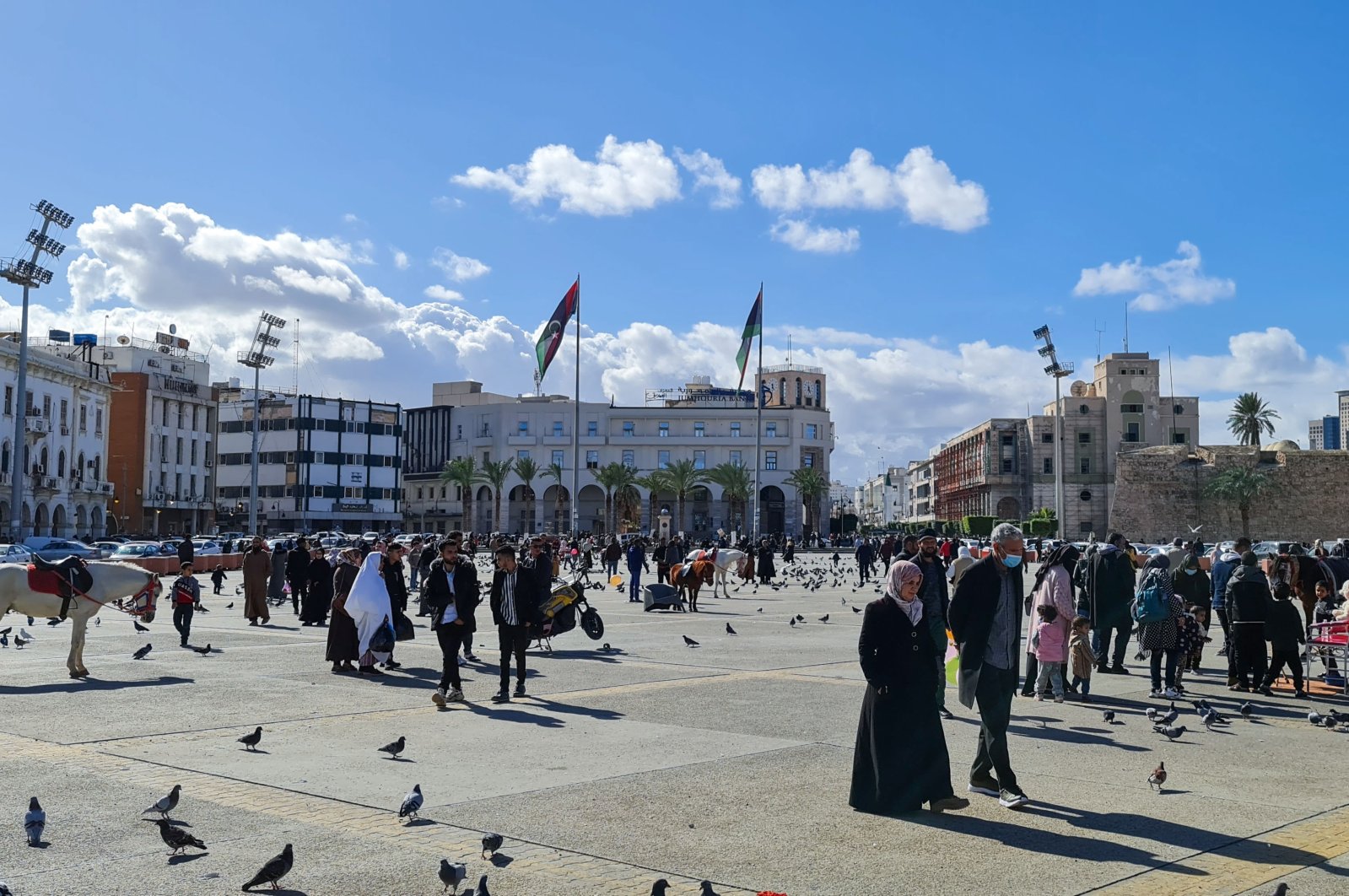 As the political process to leave the troubled days of Libya's civil war behind gains momentum, the United Nations on Tuesday urged the departure of all foreign fighters and mercenaries from Libya by Saturday, as called for in the Oct. 23 cease-fire agreement signed by the warring parties.

Secretary-General Antonio Guterres urged the U.N.-recognized Government of National Accord (GNA) that holds sway in the capital Tripoli and the forces loyal to putschist Gen. Khalifa Haftar “to maintain their resolve in reaching a lasting political solution to the conflict, resolving economic issues and alleviating the humanitarian situation.”

In a report to the U.N. Security Council (UNSC) obtained Tuesday, Guterres welcomed the road map adopted by the Libyan Political Dialogue Forum.

The 75-member forum is trying to get Libya's warring sides to agree on a mechanism that would establish a transitional administration to lead the country through presidential and parliamentary elections on Dec. 24, 2021.

Guterres encouraged countries backing both sides and the broader international community to support the implementation of the cease-fire “without delay,” including “ensuring the departure of all foreign fighters and mercenaries from Libya, and the full and unconditional respect of the Security Council arms embargo” against Libya.

Guterres also urged the UNSC to give the United Nations Support Mission in Libya (UNSMIL) “a clear but flexible mandate” to support a Libyan-led mechanism to monitor implementation of the cease-fire. Diplomats said a council resolution outlining the U.N. role will likely be circulated in late January or early February.

The next meeting of the UNSC on Libya is scheduled for Jan. 28. Britain is currently preparing a resolution to present to the U.N. mission, hoping to have a supervisory role monitoring the departure of foreign forces from Libya, ensuring that the terms of the October agreement are met.

Foreign mercenaries and arms have poured into the country since Haftar launched his offensive, with Russia and the UAE as the putschist general's top suppliers. According to the U.N., there are currently 20,000 foreign forces and/or mercenaries left in Libya.

In June, the United States Africa Command (AFRICOM) revealed that 2,000 Russian mercenaries from the Wagner Group had been operating alongside the Haftar forces.

"The international community should make a choice to support the legitimate government of Libya and stop the putschists who commit war crimes. The mercenaries who turned the country into a bloodbath should be removed at once," the president said.

In early January, Guterres recommended that international monitors be deployed to Libya under a U.N. umbrella to observe the October cease-fire agreement from a base in the strategic city of Sirte, the gateway to the country’s major oil fields and export terminals.

He said an advance team should be sent to Tripoli as a first step to “provide the foundations for a scalable United Nations cease-fire monitoring mechanism based in Sirte.”

The secretary-general expressed concern at the continuing threat of terrorism and violent extremism in the Libyan region, saying that reunifying the country’s security institutions would contribute “to mitigating the risk” of Daesh and other terrorist and extremist groups reconstituting.

“Though operationally weakened as a result of a series of counter-terrorism operations, (Daesh) ... and a support network of al-Qaida in the Islamic Maghreb (AQIM) remain a threat in Libya,” he said.

Guterres said the role of U.N. member nations and regional organizations, including the African Union, European Union and Arab League, “is critical.”

Arab League Secretary-General Ahmed Aboul-Gheit told the UNSC on Monday that recent events “could bring us closer to ending the division in this important Arab country.”

He urged that foreign fighters and mercenaries be removed by Saturday’s deadline, and urged a solution to the threat posed by armed groups and militias. He warned that unless this happens, “the country will not enjoy any stability nor will any agreement on the transitional phase and the preparation for the upcoming elections survive.”

Aboul-Gheit pledged Arab League support to the U.N. in monitoring the cease-fire agreement and in preparing for and observing December’s elections.